Fayaz Irfan, who drove an auto to support his family of two sisters, a handicapped brother and mother, was hit by a shell fired by security forces in the capital Srinagar's Malaratta locality last evening when he was on the way home, a relative of Irfan said, wishing anonymity.

The killing takes the toll of dead civilian protesters in the ongoing civil uprising to 67 while over 6000 are injured with the chief minister Mehbooba Mufti-led PDP-BJP government struggling to contain the rage sparked by the killing of Hizb commander Burhan Wani last month.

The opposition leader Omar Abdullah has blamed Mehbooba for the prevailing crisis and, in a memorandum submitted to the Prime Minister Modi today, urged New Delhi to resume the dialogue process with the Hurriyat and Pakistan to settle the political question of Kashmir.

"A continued failure to address the unrest in Kashmir will further deepen the sense of alienation," Omar-led team told PM, requesting him to initiate dialogue with "all stakeholders" in the state immediately.

In a major shift on its Kashmir policy, the Indian Army's top commander in Kashmir had earlier also called on the political leadership to initiate dialogue with the Hurriyat for restoring peace in the volatile region

The fresh killing in Srinagar has ignited tension in Kashmir after few days of relative clam which were followed up with massive anti-India and pro-freedom protests on Sunday across Kashmir.

Through its 'protest calendar', the Hurriyat had urged people to stage protests against the prevailing situation.

Huge pro-freedom and anti-India rallies were held across Kashmir, especially in south Kashmir districts where thousands of protesters were addressed by religious scholars who appealed for unity among different sects in the prevailing situation.

While most of the rallies were peaceful, some boiled down into clashes between protesters and government forces, during which dozens, mostly civilian protesters, suffered injuries.

Meanwhile the violence and the curfew continues. Photographer BASIT ZARGAR records the grief and the sorrow as a sister grieves for the loss of her brother killed by a direct tear gas hit in the following pictures from Srinagar: 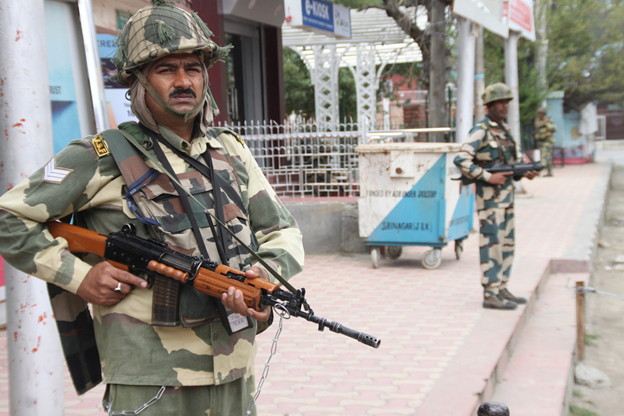 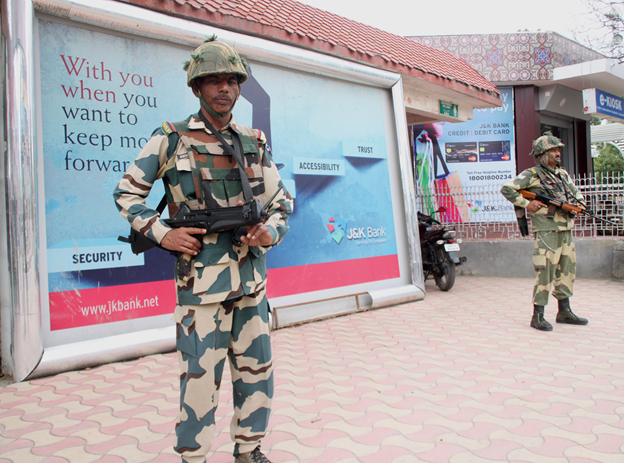 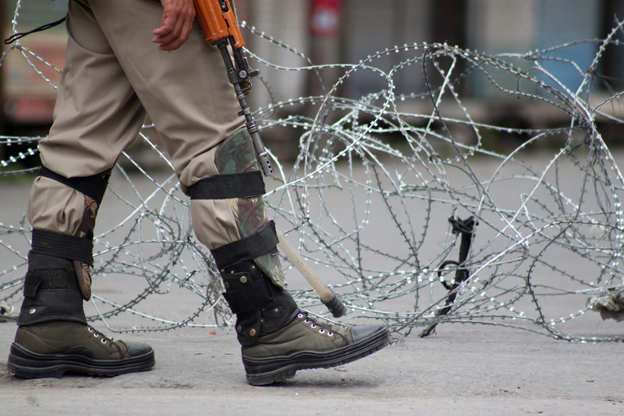 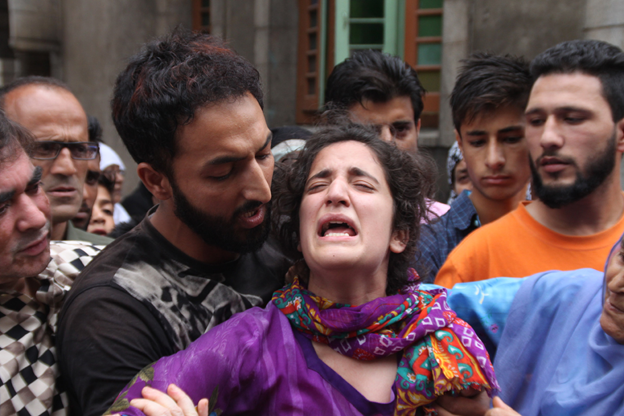 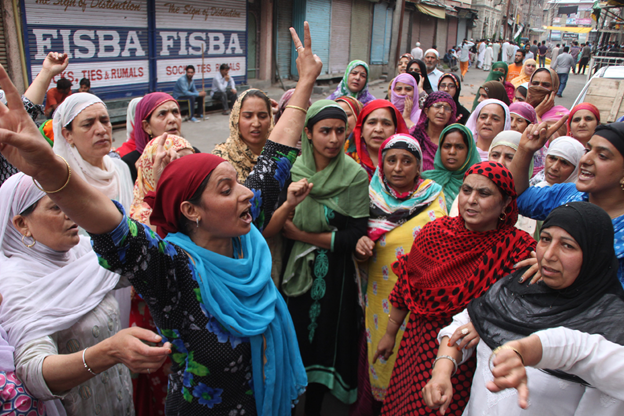