SRINAGAR: Markets in Kashmir are overwhelmed by shoppers with the Hurriyat relaxing its protest calendar for two days after over four months of strife which left behind a trial of death and destruction.

Autumn, the season normally associated with the dying of summer and the upcoming harsh winter in Kashmir, has brought cheer on the faces of people here, thousands of whom are pouring into markets after weeks of curfew and separatist-sponsored shutdown.

Following public pressure, the Hurriyat, in its latest calendar, allowed full day relaxation on Saturday and Sunday, urging people to use public transport to travel during these two days so that the community of transporters, drivers and helpers, who have been badly hit during the prevailing crisis, can earn healthy wages. 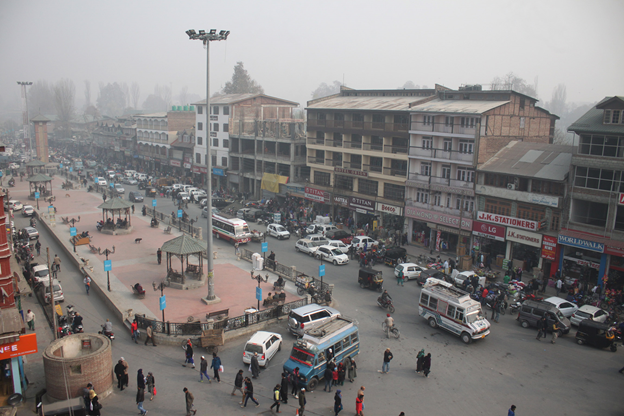 "The Hurriyat should continue with such relaxations so that people who depend on daily-wages are not denied their livelihood. How long can we sustain under these circumstances? Our families are on the verge of starvation," Ghulam Rasool, who sells hosiery items on a pushcart in Srinagar, said.

However, the Hurriyat trio of Syed Ali Geelani, Mirwaiz Umar Farooq and Yasin Malik has called for complete shutdown on Monday andTuesday.

"Since the winter is coming, I am going to buy warmer clothes for my children. Due to curfew and stone pelting, it was risky to visit Srinagar. The two days of relaxation have come as a relief," Abdul Majid, a banker who came from Kupwara district to Srinagar, said

A semblance of normalcy is returning to Kashmir after the authorities launched a sweeping crackdown on pro-freedom and anti-India protesters with around 2400 FIRs registered over the last five months of strife.

Heavy traffic jams were reported today as well as yesterday in the city centre Lal Chowk as well as in the periphery of Srinagar city with thousands of vehicles pouring into the city after weeks of shutdown.

While most of the shopkeepers are, as per law, obliged to remain shut on one day in a week, which is normally Sunday, reports said most of the shops have opened up in all the affected districts of the Valley with no action taken against the violators.

Authorities are desperate to restore normalcy in the region where a civilian uprising broke out following the killing of Burhan Wani in July. Smelling a conspiracy, the ruling PDP has said that the militant commander was killed "to dethrone" the Chief Minister Mehbooba Mufti.

Experts are, however, cautioning that the weariness among people should not be confused with the restoration of normalcy, "If New Delhi doesn't take immediate steps to address the Kashmir issue, there is every possibility that the anger may boil down into street protests again," a professor of Political Science at the University of Kashmir, said.

(Photographs BASIT ZARGAR: Crowds in Srinagar on the two days of relaxation)