SRINAGAR: A group of heavily armed gunmen today morning stormed a regiment unit near the Army's 16 Corps headquarter in Jammu region. Seven Army soldiers were killed and another was injured in the initial exchange of fire, officials said.

An Army official said the group of armed suspects, believed to be four to five in number, stormed the 166 Field Regiment unit in Nagrota, a garrison town in Jammu region of J&K, at around 5:30 am.

Sources said the suspects were dressed in Army fatigues and the early morning attack took the soldiers on duty at the main gate by surprise as they came under fire from multiple directions. 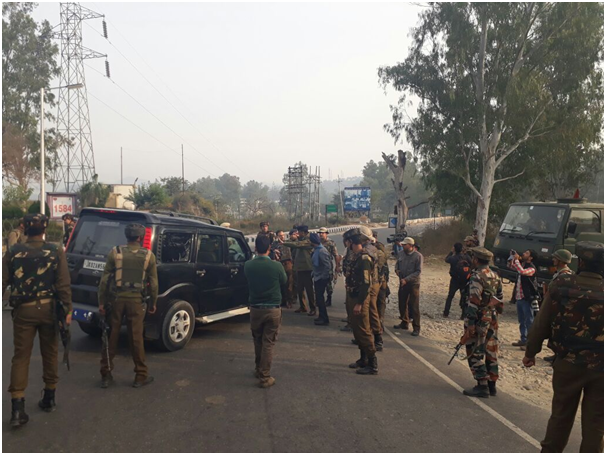 "Seven of our jawans, including a Junior Commissioned Officer, were injured in the initial exchange of fire," Army sources said. NDTV reported that seven Army soldiers were killed during the attack.

According to other reports, two suspected militants have also been killed. However, there was no official confirmation on the actual number of casualties suffered by the two sides during the encounter.

After the initial firing, sources said, the suspects managed to break into the camp and take shelter inside the Officers Mess,"The encounter is currently in progress, We are still not sure about the number of militants. We will able to give more details only once the operation is over," a Srinagar-based defence spokesperson said. 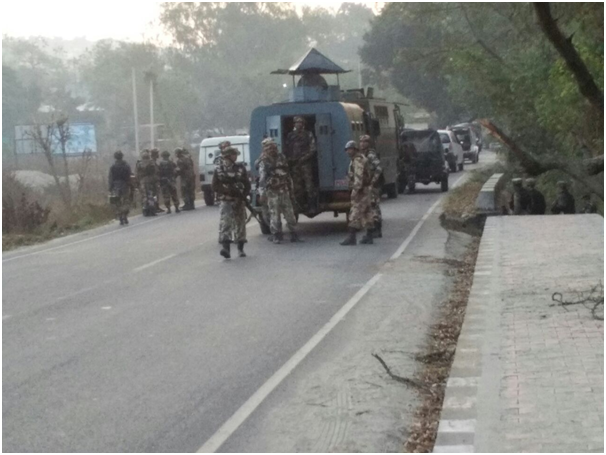 Massive exchange of gunfire was going on in the area when this report was filed. Officials said the regiment unit has been cordoned off by the Army and police, "Our forces have engaged the suspects. We will eliminate them soon," Army sources said.

Authorities have ordered closure of all schools in Nagrota and the areas adjoining the site of the encounter as a precautionary measure. The Jammu-Srinagar highway has also been shut in view of the attack. 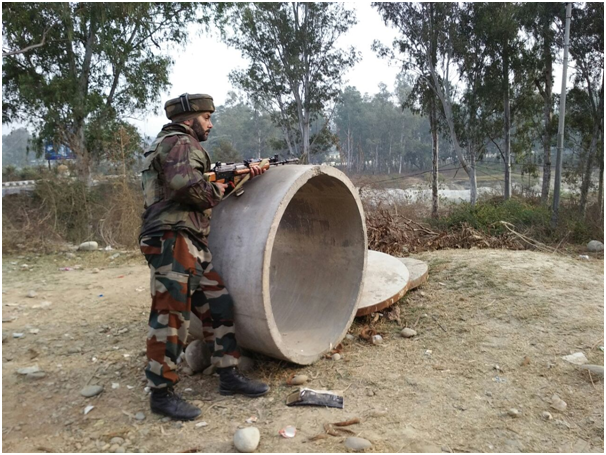 The attack comes against the backdrop of rising infiltration along the Line of Control and International Border with the number of active militants in J&K almost doubling this year as compared to last year.

A fresh infiltration bid was going on in Samba sector along the International Border in Jammu on Tuesday morning during which a BSF soldier was injured.

Officials said an encounter broke out between armed suspects and Border Security Force troops after a group of militants tried to infiltrate into this side of Kashmir. "A BSF man was injured in the ongoing encounter," they said.