GUWAHATI: In the chill of a cold December winter, one Fazal Haque, at the age of 70, is trying hard to get some warmth from a small fire he has managed to light with some straw and tree branches near his makeshift house on the bank of the river Brahmaputra in Assam’s Darrang district.

Haque and his family along with a hundred others have been evicted by the Assam government from their homes at Fuhuratoli in Sipajhar in Darrang district on December 21. The government has claimed the land which has been home to these very poor families for decades, as its own.

Deputy commissioner of Darrang district Ashok Kumar Barman said as quoted by The Sentinel newspaper, “Eviction has been conducted to clear about 1000 bighas of government land notified as Professional Grazing Reserve (PGR) illegally occupied by about 400 families for cultivation and habitation. The eviction was successful and there was no resistance from the local occupants”. 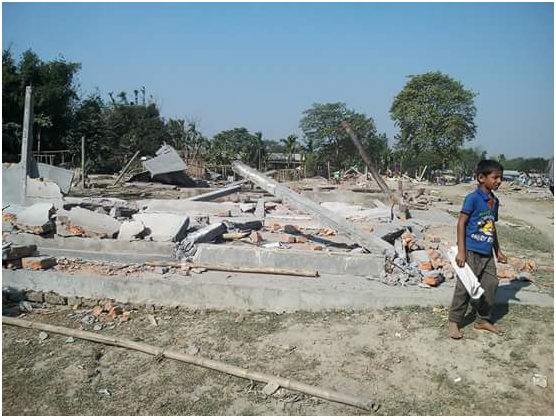 The locals, however, said that they have been living there for several decades after the then state government allotted the land to them after they had lost their original homes because of erosion of the banks by the river.

Earlier, the state government also carried out eviction drives in three villages near the Kaziranga National Park and Mayong in Morigaon district.

“It feels that we are not human beings. Time and again we are targeted and treated like animals. This is inhuman. We were served notices just a day ahead and before we even knew what was happening we were evicted. Now what do we do? We are also as much Indian as these government officials. But it seems as if according to them we don’t have the right to live,” said Haque, a farmer.

Not just Haque, there are hundreds like him who are now refugees in the open. Though some of them have taken shelter at relatives’ homes, most have been forced to live in their makeshift tents on the river bank. 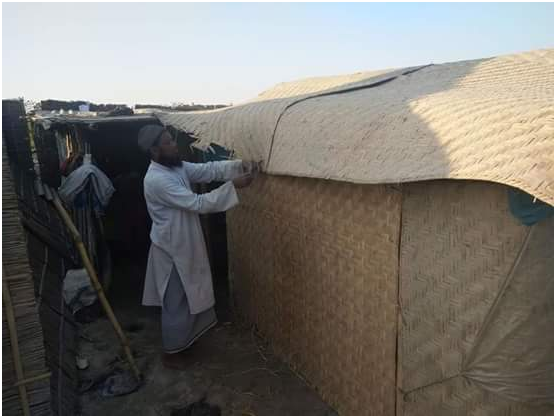 Several organizations including political parties have strongly opposed this move of the state government and demanded proper rehabilitation as per the law.

“These people are not illegal citizens. Most of these people have been the victims of erosion. These people are from other parts of Darrang and some are from Barpeta district. Using the term ‘suspected Bangladeshi’ is very derogatory. So the state government should work according to the land rights act and provide them the basics for rehabilitation,” Saikia told reporters in Guwahati.

Terming the ongoing eviction drive of Assam government across the state as illegal, the All India United Democratic Front (AIUDF) is raising the issue at the national and international platform.

“The present government is doing it intentionally and against a particular community. The basic fundamental rights and human rights have been violated by carrying out the eviction drive like this. This is against the Constitution of India. We are meeting some top Supreme Court lawyers and some top human rights activists of the country to discuss in detail about this,” AIUDF general secretary Abdur Rahim Khan said.

Many saw the evication as biased, “Previous governments issued circulars in 2003, 2006 and 2015 to provide land patta and rehabilitation land grant to the erosion affected char people. But due to pressure and mobilization of right organizations none of the circulars have been followed and executed. When the past government of Assam served a notification in 2015 regarding rehabilitation of landless people especially erosion victims to allot at least 3 bighas land per families for their settlement; surprising new government brutally evicted them without providing any means of settlement and rehabilitation,” said blogger and activist Ashraful Hussain.