ITANAGAR: Since 2013, Metropolis Urban Winter Festival held in Guwahati, Assam had managed to bring together artists, musicians and others from the creative fields to showcase their work, exchange ideas and bring ‘urbanity’ to the city.

2017 was to be no different until the last day when it was hastily shut down by authorities, reportedly following a tweet by a senior minister.

Held from January 6 to 8, the festival’s main venue was Nehru Park. This year’s edition played host to a 72-member delegation from Bhutan, including those from the Thimpu-based Royal Academy of Performing Arts (RAPA).

Private partners aside, the festival also had the support of state authorities including Assam Tourism and the Guwahati Metropolitan Development Authority (GMDA). And while things ran fairly smoothly for the first two days, the GMDA shut down proceedings on the last day, allegedly because the venue had become a den for ‘illicit’ activities! 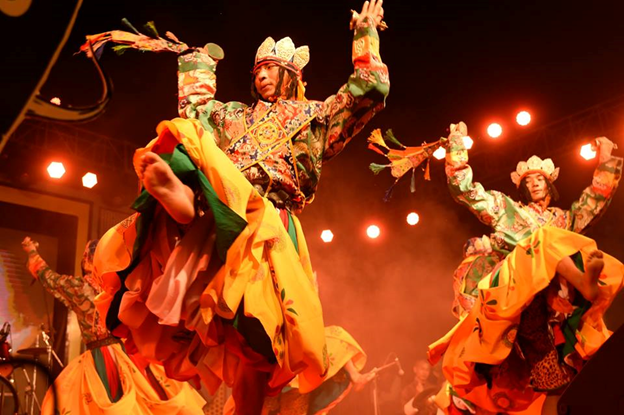 A source in the organising committee of the festival said that the GMDA had given them permission for three days but that the same GMDA shut them down on the last day after a tweet from senior minister Himanta Biswa Sarma criticising the “atmosphere” at Nehru Park.

On Sunday, Sarma had tweeted, “Why GMDA allowed Nehru Park for so called winter festival? The park belongs to the children. I will not tolerate atmosphere to be vitiated”.

Some say that Sarma’s reaction is fuelled by a “clash between two ideologies”. The festival reportedly enjoys the “blessing” of former Assam chief minister Tarun Gogoi’s son and Congress MP Gaurav Gogoi, who in fact expressed his support for the festival on social media.

On January 8, a Facebook post (reportedly from Gogoi’s profile) read, “From day one I have supported the Metropolis festival in Guwahati as a celebration of youth, art and creativity. I would even take the Ex CM Tarun Gogoi to the festival where he would encourage everyone. The youth of Northeast are full of talent and creativity, and their initiatives should be supported and not obstructed.”

Then on Twitter, Gogoi took a dig at the BJP government in Assam when he tweeted, “Assam govt opens wine shops earlier in the day but shuts down youth arts festival for being a nuisance”.

Two days later he again took to Facebook stating that the “GMDA should return the booking money that it collected from the Metropolis festival organisers. It is unfair to first give permission and then cancel for no rationale”.

One person who is part of the organizing team said there “may be some misinformation about the involvement of certain people”, hinting at Gogoi while dismissing his level of involvement.

The people behind the organizing team claim that things escalated after some local news channels and papers blew things out of proportion.

“There is no evidence that liquor was served in the venue or any gambling took place as reported by some channels,” said one person part of the team.

Another member of the team said that the main venue is located near the Cotton College and the DC’s office and that the organisers never served alcohol to attendees.

They also say that some channels claimed that the venue had become a place of “nudity”.

“The trend in the media here is that anyone wearing clothes that show skin is labelled as promoting ‘nudity’,” said one. “This is Talibanization of Assam,” he added.

Another member of the team said that in Assam there are “no news channels and only views channels”. He added that the situation was escalated because most channels are either owned by politicians or enjoy their backing and therefore “look into things with the perspectives of the politicians”.

A journalist who works for a Guwahati-based channel that covered the event defended his channel’s actions.

“Whatever we reported was based on an internal report that the GDMA had compiled,” he said, adding that the channel did not investigate the claims independently.

He did however say that the organisers had disrespected the Ashok stambh and Jawaharlal Nehru’s statue in the venue by covering their faces.

News channels also alleged that the bone of contention was that a ‘children’s park’ was being misused as patrons were smoking and drinking at the main venue. Not everyone is convinced by this claim.

Child rights activist from Guwahati, Miguel Das Queah, who held a session on corporal punishment in schools during the festival took to Facebook to express his views.

“I met lots of lots of children, along with their parents, who told me that they were absolutely enjoying the festivity. The festival had hundreds of vibrant young students, scholars, artists, musicians, photographers, designers, dancers, social workers, activists, actors, couples; each one celebrating the beautiful occasion of childhood and youth. There were no brawls, no misdemeanour. How can such a beautiful thing vitiate the atmosphere?” he wrote.

A city-based journalist working for a Delhi-based news outlet said that there was some amount of littering in the place but that the venue is far from what can be deemed as a ‘children’s park’ and serves more as a place for young couples to meet.

“There may have been some issues but it could have been handled differently,” the journalist added.

Amidst the din of what amounts to culturally-appropriate behaviour and possible politically-motivated moves, the primary aim of promoting the arts was relegated to the background.

“Nobody reported that we showcased three classics of Assamese cinema or the amazing performances by children,” one of the organisers said.