SRINAGAR: Authorities in Kashmir are gearing up for tense days ahead with the Hurriyat planning to hold rallies on the death anniversaries of JKLF founder Maqbool Bhat and 2001 Parliament attack convict Afzal Guru.

Elaborate security measures have been worked out to foil any untoward incident with curfew or curfew-like restrictions likely to be imposed in 'sensitive' areas of the Valley on February 9 and February 11 when Hurriyat is planning to hold protests.

"We are also planning to withdraw mobile internet services to prevent rumour mills from spreading falsehoods and creating panic in the population, although the final decision in this regard has not been taken yet," a senior police officer, who is posted in Srinagar city, said.

Every year, the Hurriyat leadership issues shutdown call on the death anniversaries of Maqbool and Afzal, who were hanged in Tihar jail in 1984 and 2013 respectively, to demand their mortal remains which lay buried in the jail premises. 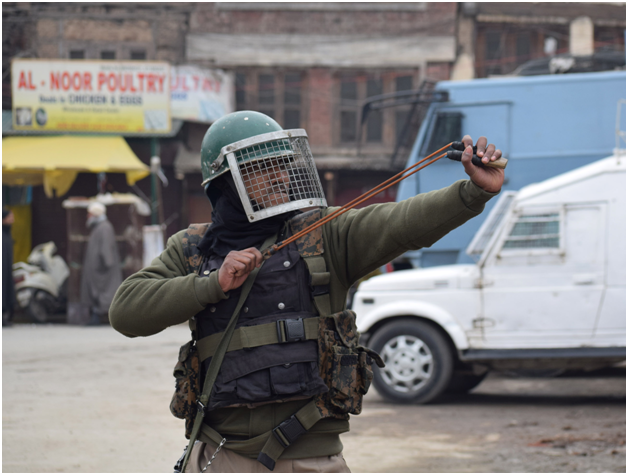 Although protests are not a new thing in Kashmir, what makes the two dates critical for the security establishment this year is that they come at a time when militancy has peaked and the Valley is limping back to normalcy after a wave of street protests following the killing of Burhan Wani resulted in nearly hundred civilian deaths.

Sources said the Hurriyat leaders, who are presently not under arrest or detention, will be put under house arrest and any kind of protest on these days will not be allowed. "Any attempt to disturb peace will be dealt with properly," the police officer said.

The families of Afzal and Bhat have also been urging the Government of India to return their mortal remains as well as their belongings, "At least the government should return the belongings of my husband which includes his write-ups in jail. That will give me some peace," Tabassum Guru, widow of Afzal, told The Citizen.

The government has however turned down the requests, citing that it will lead to law and order problems in the sensitive state.