Dozens of civilians suffered injuries, some of them critically, as forces fired pellets and teargas canisters to disperse a large crowd of protesters at the site of encounter in Frisal Nagbal village of Kulgam, witnesses and police sources said.

Police sources said the gun-battle started on Saturday evening during which the militants hiding in a house opened fire on forces and the two sides exchanged fire. "However, the exchange of gunfire stopped as darkness engulfed the area," SP Pani, DIG South Kashmir told The Citizen. 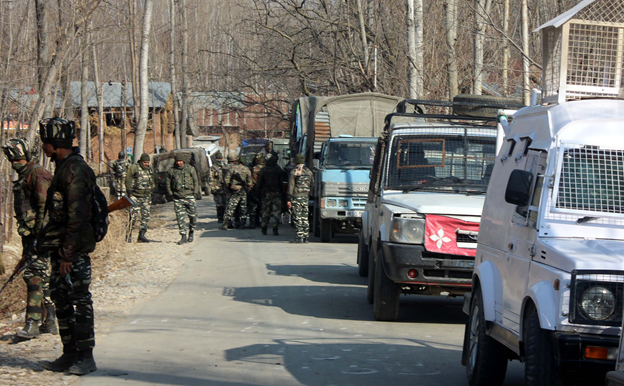 Meanwhile a large contingent of forces of 1 Rashtriya Rifles and Jammu and Kashmir Police's counter insurgency wing cordoned the area. The house was being reportedly used as a hideout by the militants, sources said.

Sources said the encounter in Frisal Nagbal village resumed on Sunday morning when the forces started a mopping operation at the site during which the militants hiding in the house opened fire.

In the fierce exchange of gunfire, four militants, two soldiers and a civilian, believed to be the owner of the house, were killed while three militants, who have reportedly suffered injuries, managed to escape from the area. 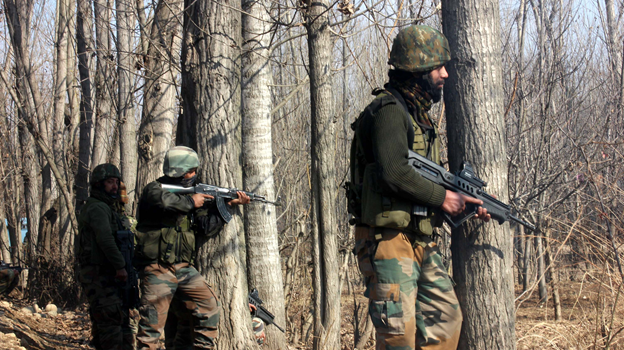 It was not immediately known how the civilian got killed in the encounter.

Soon after the encounter ended, hundreds of people, amid pro-freedom and anti-India slogans, gathered near the site and started pelting stones at the forces who retaliated with pellets and teargas.

Violent clashes were going on in the area when this report was filed. At least dozen civilians have suffered pellet and bullet injuries during clashes of which two have been referred to Srinagar in a critical state, sources said. 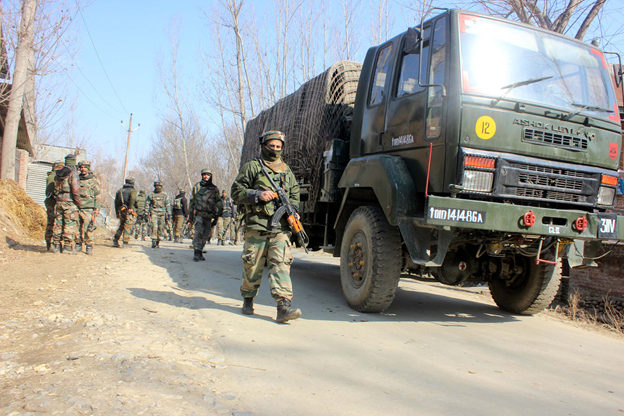 Another civilian identified as 22-year-old Mushtaq Ahmad Itoo, son of Mohammad Ibrahim Itoo, resident of Hatigam village of Srigufwara Bijbehara was hit by bullets during protests and he succumbed at a local hospital.

While Mudasir and Wakeel belonged to Lashkar-e-Toiba, Farooq and Younis worked with the Hizb-ul-Mujahideen. Farooq had joined militants after Burhan Wani's killing, sources said. 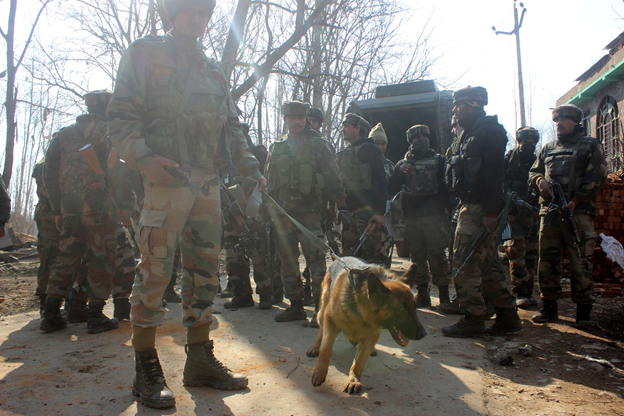 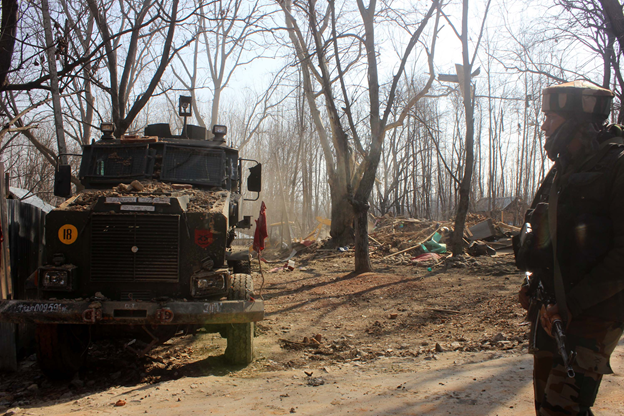 The slain soldiers have been identified as Lance Naiks Raghubeer Singh and Bhandoriya Gopal Singh, both from 1 Rashtriya Rifles. "Four rifles and some other arms and ammunition has been recovered from the site of encounter," a senior police officer said.

(The photographs are by Photographer Mujeeb ul Islam)