CHANDIGARH: There is much political activity after the Maoist ambush at Sukma on April 24 that killed 24 CRPF and injured seven.

Chhattisgarh Chief Minister chairing a meeting on May 5, directed setting up unified commands in every Maoist-affected district (what were we doing all these years?) and joint training centres in Sukma and Bijapur districts.

He also proclaimed “soon Maoism will be wiped out with joint efforts", echoing P Chidambaram, former Union Home Minister (now heading the Parliamentary Committee for Internal Security), who had stated in 2010 that the Maoist problem will be resolved within the next 2-3 years. It is now 2017.

Such rhetoric shows a complete lack of understanding of the socio-political nature of the problem, compounded by political machinations for prolonging, and not ending insurgencies.

There is little understanding that the military solution is not the key to resolve insurgencies. Counter-insurgency requires a synergized response simultaneously at the socio-political, moral and physical planes, population being the centre of gravity. The State has a major role to play through quality administration including providing the common person access to the law.

The reverse appears to be happening on the ground. Why have Maoists-affected States not implemented Article 5 and 9 of the Constitution in letter and spirit to address part of the Maoist grievances? How effective are the welfare schemes amidst deep-rooted corruption?

Chhattisgarh CM Raman Singh publicly asked his administration last month not to take “commissions” for one year. In a seminar on Maoists in New Delhi two years ago with foreigners in the audience, former IG Prisons, Chhattisgarh said that hundreds of ‘suspected’ Maoists have been jailed for months, years without trial, and he had written to the CM listing out names of those who should be released, but received no response.

The latest public exposure is by Varsha Dongre, Deputy Jailer, Raipur Central Jail, last month, describing horrific conditions in Bastar, police torture and tribals divested of their lands under cover of Project Tiger. "I am a witness to the torture of minor tribal girls ... In police stations ….. stripped and tortured girls as old as 14 and 16 ... given electric shock on their hands and breasts. I have seen the marks ... was horrified ... have given directions for their treatment", he said.

Predictably an inquiry has been instituted against Dongre and suspension, transfer, even an accident may follow.(News just received that Varsha Donge has been suspended) But does the public know that the Maoists ambush in Sukma on April 24 included six women-Maoists cadres who systematically castrated the 24 CRPF men killed, described in the media as “mutilation” and castigating the Maoists barbarity?

Could this be linked to the Chhattisgarh High Court admitting on February 8, 2017, a criminal writ petition for alleged gang rape and assault of 28 Adivasi women by the police in Chinnagelur and Peddagelur in the Bijapur district, and NHRC finding allegations of rape and assault by the police on 16 women to be prima facie true?

Apparently, there is no resolve to effectively deal with the issue; low-level politicians enjoy Maoist support to get elected and remain in power, and these MLAs provide the political edifice on which the CM presides.

Insurgency has become a lucrative industry where everyone makes money. The centre pours in enormous amounts of funds, and there is little accountability. Security forces are pawns in the game where their numbers killed or maimed don’t matter after the ceremonials and brief media attention is over.

Maoists revel in their links with Pakistan and with indigenous terrorist organizations, while their over-ground support base in metros like Delhi is growing.

Training of the Central Armed Police Forces (CAPF) particularly CRPF is atrocious, though they grieve their senior posts are held by IPS officers, who do not ensure that the paramilitary forces are well equipped, trained and manned. And since IPS officers never accompany their command in operations, the CRPF officers too don’t do so.

The April 24 Sukma ambush was after the Maoists had clearly observed the daily routine of the CRPF column; all SI, ASI, Head Constables, Constables collecting for lunch without protection. When the firing commenced, the remaining personnel of the 99-strong column instead of going for a counter ambush drill, ran back to their posts leaving their dead and wounded behind.

Maoists looted 22 weapons including 19 assault rifles and three LMGs, five radio sets, assortment of ammunition, all bullet proof jackets and other equipment, even removing the shoes and socks from the dead.

In both cases no CRPF officer was accompanying these large columns and the combined loot is enough to restart insurgency in Tripura. Obviously, no lessons were learnt from the April 2010 Maoists attack in Dantewada where 76 CRPF personnel were massacred and all their arms, ammunition and equipment looted.

There is a complete void of junior leadership, motivation, and training in the CRPF. In training establishments set up by CAPF (Central Armed Police Forces), emphasis is more on demonstrations and press coverage, other than the Counter Terrorism & Jungle Warfare College, Kanker, Chhattisgarh commanded by a veteran Army Brigadier. CAPF that has gone through training at the latter college have performed far better in operations. Additionally, CAPF undergo pre-induction training in sub-unit / unit lots but individuals posted to units in the Maoist belt are sent directly without pre-induction training.

This also includes an annual turnover of some 25-30 percent of the two CRPF units positioned in the Maoist belt on a semi-permanent basis. Combat training needs to be very seriously looked into and must also be the focus for the two new training centres proposed by Raman Singh. 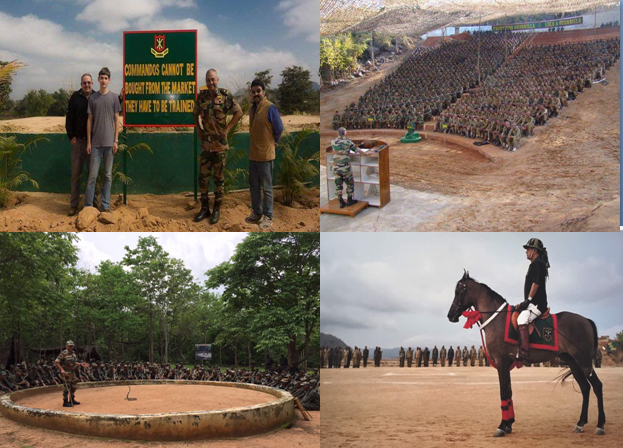 Union Home Minister Rajnath Singh is chairing a meeting at New Delhi on May 8 for reviewing the anti-Maoist strategy. There is talk in the media about pulling out more CAPF units from West Bengal, which may leave a gap to be activated when required.

But certainly such force is not sufficient when all officers are on a picnic. Take the 74 Battalion CRPF that was involved in the recent Sukma ambush. The Battalion HQ is located at Dornapal with Battalion HQ of another two units, while companies of 74 Battalion CRPF are located 60-90 kms to the West. Why aren’t the HQ with their companies; officer sahibs in towns and jawans leaderless in the wilderness?

No area of responsibility is allotted to any CRPF unit. And this has been going on for years, naturally with such large forces placed under the command of the DGP Chhattisgarh. Is the DGP of a State proficient enough to plan and handle the strategy to be adopted with such massive forces?

Ironically, MHA that should have taken direct control with the Maoists spanning multiple states is only dishing out CAPF units, which entails no accountability.

Unless these issues are addressed holistically, the Maoist insurgency will keep growing and expanding. The overall strength of the CAPF and police forces is larger than the military. It is about time they be made to perform and the MHA take direct charge of the Maoist insurgency.