May 15th was Nakba Day, the Day of Catastrophe for the Palestinians. In 1948, that was the date when the Israeli State began to emerge and three quarters of a million Palestinians were ejected from their land. The term Nakba was coined by the Syrian historian Constantine Zurayk, who was the Acting President of the American University of Beirut (Lebanon) in 1952.

Part of the expelled Palestinian nation had fled to Gaza, where - from the first - they lived in refugee camps under the care of the fledgling United Nations. War between Israel and Egypt across Gaza drew a UN response in 1956, when the United Nations Emergency Force arrived to guard the Armistice Demarcation Lines. Amongst the blue helmets to make their way to Gaza were a significant detachment of Indian troops.

Indian troops had been in Gaza during what was known as the First Battle of Gaza in 1917 that pitted the British imperial forces against the Ottoman imperial forces. They had fought across Iraq and Egypt, including up the Levant into Jerusalem. Their story is largely forgotten. I was glad to see it reprised in Leila Tarazi Fawaz's monumental history, A Land of Aching Hearts: The Middle East in the Great War (2014) in a chapter entitled 'South Asians in the War'.

General Indar Jit Rikhye served in Gaza as part of the initial deployment and then returned in 1966 to lead it till the 1967 Six Day War. India's Prime Minister Jawaharlal Nehru came to visit the Indian and other UN troops in Gaza in 1960. After his visit, he boarded a UN aircraft to fly him to Beirut. As his aircraft took off, two Israeli fighter jets came alongside and began aggressive maneuvers against the UN plane. Nehru told the Indian Parliament part of the story on 1 August 1960. He said that the Israeli action was 'unwarranted' and that the Israeli authorities had 'prior knowledge of his intended visit to Gaza'. Fortunately for Nehru, his UN pilot held his nerve and got the Prime Minister to Beirut.

In Beirut, Nehru visited the American University, where he was received with open arms. When I taught at the AUB in 2013-14, I went to the archives and found many wonderful pictures of the visit, including one of Nehru walking past the AUB President's house (see above) and another of students sitting in the windows of the chapel to listen to his speech, 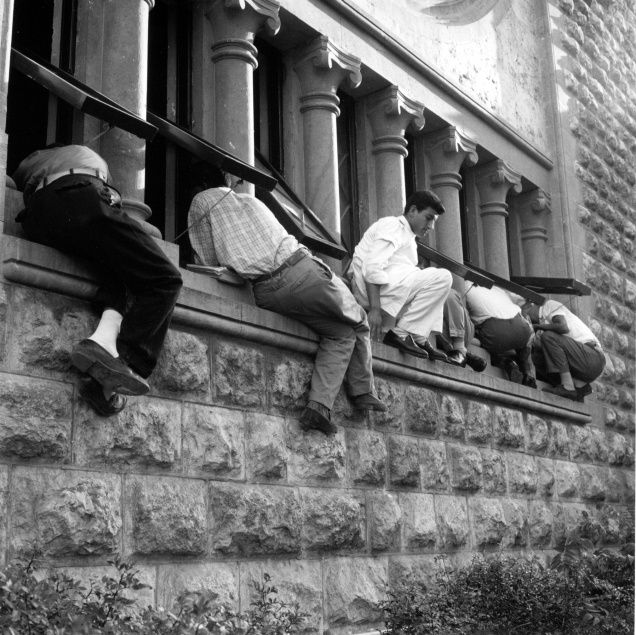 At AUB, Nehru didn't say anything about what had happened over the skies of Gaza. He held his tongue till he returned to the Indian Parliament. It was there that he made his official statement. You can read my story for Frontline on this visit, which was called 'Nehru in Beirut'. It provides some more context and has some more photographs.

I was thinking about this story, about the ongoing Palestinian hunger Freedom & Dignity strike (see my report in English and my report in Turkish) and the visit by the current Indian Prime Minister Narendra Modi to Israel. I doubt that Modi will ask the Israeli government to formally apologize for putting the life of a previous Indian head of government at stake. Israel has never acknowledged this incident. But Nehru put it in the record of the Indian parliament. I hope that the Indian opposition will raise this issue in the Monsoon Session.

Meanwhile, three Indian warships (Trishul, Mumbai and Aditya) have docked in Haifa (Israel) to hold a series of joint activities with the Israeli navy. This task force is commanded by Rear Admiral RB Pandit. 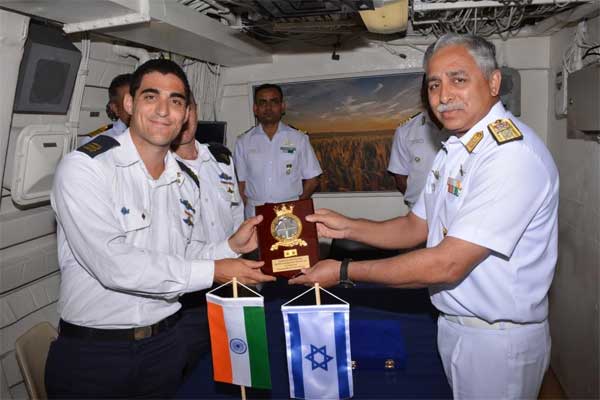 Unlike in the 1950s and 1960s, the Indian troops are not in a position to protect the vulnerable and the weak, but to strut their muscle alongside the powerful. The Indian troops who went to Gaza in the 1950s were part of Operation Shanti (Peace). No such word is applicable for the troops now. They are part of far more dangerous games.