No Kumar Vishwas, Mandal Is Not Responsible For Creating Casteism

Kumar Vishwas finds himself in the midst of another controversy.

Kumar Vishwas finds himself in the midst of another controversy. This time his speech in Delhi at the Aam Aadmi Party (AAP) Rajasthan observers meet being the focus. Last week, social media was abuzz with his viral clip saying, “there was no casteism earlier. One man came and started agitation for the reservation and altered our social fabric”.

Since Kumar’s reference to this “man” was ambiguous, it was construed as a reference to Dr. B. R. Ambedkar. Many of his followers took exception to this and criticised Vishwas by circulating his clip widely, more than one and half months after this event. AAP’s Ashutosh tweeted that any criticism of Dr. Ambedkar is condemnable without naming Kumar Vishwas, fueling suspicion that Kumar was indeed talking about Babasaheb. This forced Kumar Vishwas to clarify on 3rd Dec that he did not in anyway meant to demean “‘Dalit uddharak Parampujya babasahab Bhimrao Ambedkar and the reference was to former Prime Minister V. P. Singh and his 1990 agitation for Mandal commission.” He went on to add that vested interests within his party are creating this issue because he has asked AAP to go back to its basics — hinting at internal party coterie who became active to eliminate him politically.

Casteism existed much before Mandal Commission

Firstly, to say that casteism did not exist earlier during his Grandma’s days is beyond absurd. For the caste system has been dominating our social sphere for thousands of years with gradation into Brahmin, Kshatriya, Vaishya and Shudra — in the descending order of reverence and ascending scale of contempt, as Dr. Ambedkar himself put it. The Scheduled Castes and Tribes were outside the Varna system. But Kumar Vishwas seems to like that model. In his so-called Brahmin-majority village where was the Scheduled caste community located? Which caste traditionally did menial jobs and were denied human rights and dignity and which caste was revered just because of their birth in that caste? Has Mr Vishwas heard of Untouchability? If it did not exist, as per Vishwas, what was Dr. Ambedkar’s anti-untouchability fight for?

Mr Vishwas is clearly lying about existence of caste system in the pre-Mandal era. And how does Mr. Vishwas use his caste privilege? He proudly boasts of dropping his Brahmin surname Sharma since “he doesn’t believe in casteism” but he doesn’t forget to routinely mention his ‘Proud Brahmin Ancestry’ in his public appearances. For instance, while contesting in Amethi Constituency against Rahul Gandhi in 2014, Kumar Vishwas said at a Public Rally “I am a descendant of Chanakya and Chand Bardai, who defeated great empires. I left my job because I am a Brahmin and a Brahmin knows how to survive with begging.”

Social commentator Vidya Bhushan Rawat says “Kumar Vishwas uses all the brahmanical narratives to build his case. The entire narrative and ‘history’ that he speak of is nothing but Sangh Parivar version of our history. Like them, he also, narrates, the mythologies in such ‘courageous’ way that they look ‘history’.

Lakshmi, the sweeper who came as dowry along with Vishwas’ Grandma

Second and most objectionable element of Kumar Vishwas’ defence is the sweeper women who, as he recalls, used to “scold her Grandma”. This safai ka kaam karne wali (Cleaning lady) who came along with his Grandma as dowry was one of the most stigmatized social practice of that time. Along with dowry (Cash, furniture Land, Vehicle etc) , there was a custom of bringing a helper or sweeper of low caste as a dowry who used to work as bonded labour. These would be mostly the people from Mehter (Scheduled Caste) community. How can a society where only people from particular caste alone do the cleaning for generations be called as a good society? Does Kumar Vishwas enjoy the prospect of Dalit women coming along as a dowry and serving the Brahmin household, including cleaning their toilets? How disgusting this idea can be?

Former India today (hindi) Editor Dilip Mandal says “How did Vishwas’ family get a Maharani in dowry? Did they consider her some kind of furniture? His irritation is that it is difficult to get SC women in dowry for cleaning anymore. How in the world is he calling the earlier era as golden period?”

For Mr. Vishwas, the subjugation at the hands of Brahmins and Savarnas acceptable but any assertion by lower caste is called caste-conflict? How insane! Mr. Vishwas does not hesitate to use his caste privilege that he got from his generations but does not want second generation Dalit OBCs to get facility of reservations. 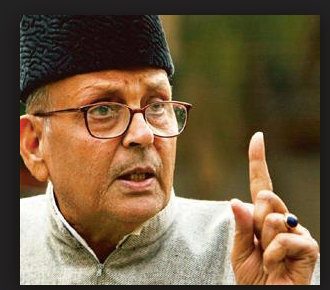 V. P. Singh did not fight for reservation, He implemented it.

Kumar Vishwas’s is probably unaware that V. P. Singh did not agitate for reservation. He actually implemented the Mandal commission report which was catching dust for years. It was Dr. Ambedkar who made the provision for reservation in the Constitution. Without the constitutional provisions done by him in the form of article 340 , the OBC reservation would also have not been possible.

The timing of this controversy couldn’t be more relevant. November 27 was the death anniversary of former Prime Minister V.P. Singh around the same time the Kumar Vishwas video started getting viral. V. P. Singh was born in a upper caste Royal family of Manda in Uttar Pradesh. But his incessant effort towards uplifting the Bahujan society was not just all talk. Along with implementing Mandal commission, he ensured that the portrait of Babasaheb was installed in the central hall of parliament — Imagine the bias, the architect of the Constitution did not even find place in the central hall until 1990 where all other Savarna leaders thronged the wall.

Kumar Vishwas has harboured hatred of Former PM V. P. Singh for long. With Mandal commission and SC ST provision, the Bahujan concept emerged and monopoly of only few castes over everything was challenged. Today class rooms in the highest education are most diverse, paving the way for all round development. But reservation has been still cursed by the Savarnas, first by questioning the merit of the students getting admission and lately by questioning why only rich among backwards were enjoying the benefits. Many in Savarna leadership of AAP including Arvind Kejriwal himself hold the view that reservation should be only to be taken once by a family. Is reservation poverty alleviation program? How naive is this logic? Does he even read the Constitution? Anna Hajare even went to the extent declaring reservation as the biggest threat to India and country may break apart. Really? Having a diverse workforce or classrooms breaks unity?

Those who use “Economic Criteria” to hide their hatred towards backward communities getting represented in some level, cannot fathom that those who used to come as dowry are now competing with them. And how much truth is there in the charge that those who have taken benefits are now rich? OBC reservation is actually only for non-creamy layers so there is no question of rich people ‘grabbing’ it in the present context.

A pilot study done in 2011 had reiterated that Dalits were most under-privileged sections of the population and the easiest marker of poverty. This was 50 years after the policy of reservation came in to effect, clearly indicating social status does impact the economic behavior of the community.

Without this basic social understanding, V. P Singh, the Indian Constitution and Dr. Ambedkar himself comes across as a villain to some. Reservation is nothing but affirmative actions and representation enshrined in our Constitution. There are many Savarnas like Kumar Vishwas in all walks of life who think reservation alone has divided society and created resentment against those availing it. It is here that the parents of such savarna kids are found guilty — of only making kids feel proud about their Savarna caste ancestry and privilege but never teaching compassion of other have-nots and awareness of social inequality. When the kids discover for themselves for the first time that in college somebody else has ‘got the seat ahead of them despite getting lower marks’ it does not help. Common savarna kids then start harbouring hatred of the system that ‘creates this inequality’ which in essence is actually a level playing field. Savarna dominated media’s one sided debate on reservation adds fuel to their fire. Now that a study has dismissed the notion that reservation impacts efficiency, and if anything it only improves it, all we need is a compassionate and logical look towards the affirmative action policy and benefits of diversity.

Politicians like Vishwas can not profess to revere Dr. Ambedkar on one side but hate his idea of affirmative action on the other —especially when most of India’s important areas like judiciary, business houses, the media, top bureaucracy, academia are still devoid of OBCs SC ST and minorities.

V. P Singh or the reservation policy did not create Casteism, it merely attempted to create equal representation in our extremely biased society. The Kumar Vishwas’ of the world should truly come out of not just their surname but their casteist mould.