On December 9, 1948, the United Nations General Assembly adopted a convention prohibiting genocide. It seems appropriate to discuss nuclear warfare against the background of this important standard of international law.

Cannot nuclear warfare be seen as an example of genocide? It is capa- ble of killing entire populations, including babies, young children, adults in their prime and old people, without any regard for guilt or innocence. The retention of nuclear weapons, with the intent to use them under some cumstances, must be seen as the intent to commit genocide. Is it not morally degrading to see our leaders announce their intention to commit the “crime of crimes” in our names?

In 1985, International Physicians for the Prevention of Nuclear War received the Nobel Peace Prize. IPPNW had been founded in 1980 by six physicians, three from the Soviet Union and three from the United States. Today, the organization has wide membership among the world’s physicians. Professor Bernard Lowen of the Harvard School of Public Health, one of the founders of IPPNW, said in a recent speech:

“...No public health hazard ever faced by humankind equals the threat of numake this planet uninhabitable... Modern medicine has nothing to offer, not even a token benefit, in the event of nuclear war...”

“We are but transient passengers on this planet Earth. It does not belong to us. We are not free to doom generations yet unborn. We are not at liberty to erase humanity’s past or dim its future. Social systems do not endure for eternnity. Only life can lay claim to uninterrupted continuity. This continuity is sacred.”

War was always madness, always immoral, always the cause of unspeakable suffering, economic waste and widespread destruction, and always a source of poverty, hate, barbarism and endless cycles of revenge and counter-revenge. It has always been a crime for soldiers to kill people, just as it is a crime for murderers in civil society to kill people. No flag has ever been wide enough to cover up atrocities.

But today, the development of all-destroying modern weapons has put war completely beyond the bounds of sanity and elementary humanity. Today, war is not only insane, but also a violation of international law. Both the United Nations Charter and the Nuremberg Principles make it a crime to launch an aggressive war. According to the Nuremberg Principles, every soldier is responsible for the crimes that he or she commits, even while acting under the orders of a superior officer.

Nuclear weapons are not only insane, immoral and potentially omnicidal, but also criminal under international law. In response to questions put to it by WHO and the UN General Assembly, the International Court of Justice ruled in 1996 that “the threat and use of nuclear weapons would generally be contrary to the rules of international law applicable in armed conflict, and particularly the principles and rules of humanitarian law.”

The only possible exception to this general rule might be “an extreme circumstance of self-defense, in which the very survival of a state would be at stake”. But the Court refused to say that even in this extreme circumstance the threat or use of nuclear weapons would be legal. It left the exceptional case undecided. In addition, the Court added unanimously that “there exists an obligation to pursue in good faith and bring to a conclusion negotiations leading to nuclear disarmament in all its aspects under strict and effective international control.”

Can we not rid ourselves of both nuclear weapons and the institution of war itself? We must act quickly and resolutely before everything that we love in our beautiful world is reduced to radioactive ashes. 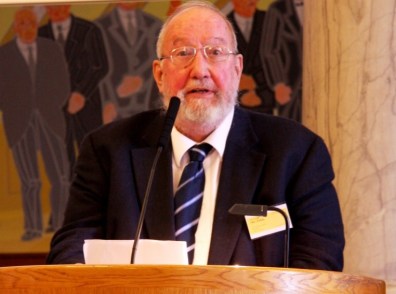 (John Scales Avery is a theoretical chemist at the University of Copenhagen.)