Tribute From a Jawan

185 odd kilometres, one week, 35,000 + farmers, blistered and battered walked all the way to ask the State Government to grant them a right to live with dignity. Crops got destroyed, mounting interest on loans, drought like conditions and still farmers not being looked after by their elected representatives. The irony is that there is a ministry dedicated to the agricultural sector in every state. Issue is not lack of funds but ensuring that those funds reach the last man tilling the field.

It was terrific to see the spirit of Mumbai, irrespective of religion, caste or creed; groups came out in great numbers to provide water and food to these men and women. I was shaken to see the condition of their feet. No slipper can last 180 kms in this heat. These people could walk this far without casualties and dehydration because they are sons of the soil. They toil day in and day out in their parched fields. These guys put in their heart and soul to grow food but due to unfortunate circumstances and nature’s fury are forced to come on the roads. The man must have prayed to his God to stop the hail at one place and ask for water at another. What else could he have done? 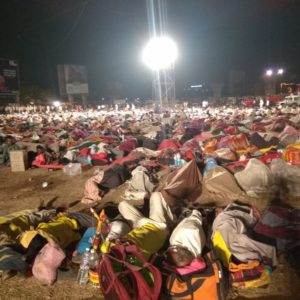 The ladies too accompanying them were brave hearts. It was sad to hear that when asked by a reporter one of them said if I have to die, it must be for the cause of farmers. Death is as it is written all over when there will be famine and nothing to eat. I salute that lady, may her physical and mental wounds heal fast and may she have respite from the torture she has gone through.

I remember my Commando training, where blisters on blisters on blisters on feet were a common thing. To reduce the pain we used to puncture them so that blood and water accumulated in them could ooze out and give us that temporary relief. I was just about 21 when I did that course. All these people were well past 50. If I had to walk it today, I would probably walk a maximum one day that too with Reebok shoes, a nice t-shirt with a slogan written across, a cap to shade me from the heat, fancy dark glasses which I can never part with and a water point every five kilometres, sun tan cream, energy bars for strength, ambulances in tow and medics on call et al. 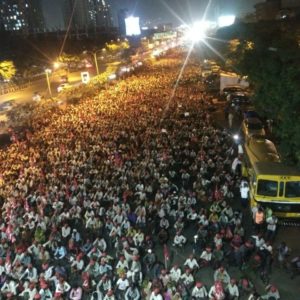 Ask the marathoners, they go through a physicala and medical check before participating. Companies sponsor the event. Doctors, paramedics, ambulances are standby. Police are deployed for traffic bandobast throughout. Cheering parties, celebrities and ministers present in large numbers at the venue. Security is tight lest any untoward incident takes place. Photo ops, flags being waved and news headlines made, media standing at every nook and corner. Medals and money is given to the participants for a 32 odd kilometres event.

Were any of these farmers a known face? Were they looking for publicity? Where were all the “VIPs” during this time? Many stars claim that they order from big basket that moves food straight from the farm to your kitchen. Well, production of food doesn’t matter to them, eating it is what matters.

Did you find any of these people breaking any rules or cause indiscipline? Did you hear any loud speakers and see huge shamiyanas? They were told that children have exams the next day so they moved late at night to their destination, so that a common Mumbaikar may not be inconvenienced. That’s the spirit of our Kisans. What they got in return after so much of struggle is only a hope and a promise. Just imagine in circumstances prevailing the farmer has agreed to still stay hungry and in debt for six more months for his mai-baap the sarkar has promised to look into his issues.

As per reports about 4500 agitations were held by the farmers across India in the last one year. How many were covered by the media? I have seen agriculture specialists coming on channels and giving out nuts and bolts of what is right and what is wrong with the agricultural sector. They also lay down solutions for the short term, medium term and long term. Does any Government bother to listen?

It is not that only the farmers of Maharashtra who are suffering, this calamity is across India. We eat but we don’t care for the real producer of food. We pray to God to keep our plates full. Will we the people ever understand what it really takes to produce that one roti ka atta. Had our “ann data” not been toiling in the heat, rain and dust, what would we be feeding on? Will just saying JAI KISAAN suffice? I wonder! 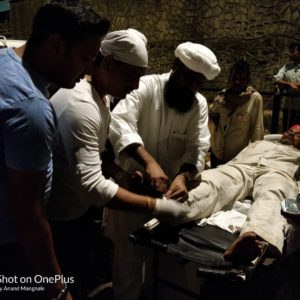 (Lt Colonel Noel Ellis is retired from the Indian Army. He is based in Mumbai)