Towering intellect and a long vision

I still can vividly recall the day Nehru died and the moment I learnt about it. He had a stroke that morning at 6.25 am. He lost consciousness almost immediately. He died without regaining consciousness, and according to a member of his household, his death was due to "an internal hemorrhage, a paralytic stroke, and a heart attack." He had returned the previous day from Mussoorie, “hale and hearty” but Nehru was clearly ailing. Parliament, then in session, and the nation were told about his death at 2.05 pm.

I still remember that moment vividly. Like I still do the moments when I read in the Deccan Chronicle about Kennedy being killed in Dallas, and when I learnt about Indira Gandhi being shot dead from Jaipal Reddy. I was in Poona studying German at the Goethe Institute, and after class was cycling into town to meet a friend. As I passed a government building I saw a flag flying at half-mast. I asked and when told a great fear descended over me.

Like many other young Indians I too was unwilling to contemplate India without Nehru, despite having read many speculations about who next? The most widely read book on the subject was by the American journalist Welles Hangen “After Nehru Who?” Hangen speculated on a list of personalities and wrote: “Many people in India who concede that Nehru can now be replaced have told me that only he could have held the country together in the early days after the partition of British India.”

Clearly to many Nehru had outlived his purpose, particularly after the disastrous India-China War of 1962. Not knowing what was in store next sent me scurrying down back to my hostel, where a radio set was reporting the mourning as only AIR and Melville de Mello could.

We began discussing the succession, even though Gulzarilal Nanda was appointed the interim PM, few took him seriously as a successor. By late in the night our fears took over. One refrain was that the military would take over. Another was that either the Communists or the CIA would set off a coup. None of this happened. Nehru had built a modern and democratic India to last.

India was fortunate to have his leadership in the formative years of the Republic. We took the road less traveled and it made all the difference. Recall Robert Frost who wrote: “I shall be telling this with a sigh/Somewhere ages and ages hence:/Two roads diverged in a wood, and I—/I took the one less traveled by, /And that has made all the difference.”

Nehru was a man with a towering intellect and a long vision. No one who has read “Discovery of India” will think otherwise. He tried to forge a new all-inclusive nationality for us. I have often tried to explain this notion in simple terms. This is to make the Meenakshi Temple in Madurai or the Taj Mahal in Agra or the Golden Temple in Amritsar equally our heritage. Every invasion or migratory wave, every musical instrument and kind of music, and every literary form and style that flourished in India was equally ours. The raga and ghazal were ours just as Bhimsen Joshi and Bismillah Khan were our very own.

Nehru made mistakes. When big people make mistakes they are often monumental. He misunderstood the nature of the dispute with China. He tied the economy in the ropes of central planning which only helped spawn very many millionaire tycoons. But he had a bigger vision. He contemplated the new India to be guided by reason and infused with the scientific temper. Instead we are now increasingly a people driven by dogma and blind faith. Religion and blind faith are our biggest fault lines and the cause of much social friction and breakdown of orderly public behavior and order.

In recent years, the assault on Nehru’s memory has become vicious. It is led by small men, men who don't know history and who confuse Taxila with Patna, Indus with Ganges, and Alexander with Selucus; who don't know science and think the Ganesh was real and not a symbol and who can't tell between a transplant and plastic surgery; and who cannot distinguish between history and mythology, science and superstition, and fact and fiction. They are now trying to define our identity in narrow and divisive terms, and hence excluding the majority.

Our unique diversity and common perception about ourselves bound by a modern and egalitarian Constitution is now being challenged. India has weathered worse. We are, after all, the people of India, that is Bharat. And we still live in the house that Nehru built. 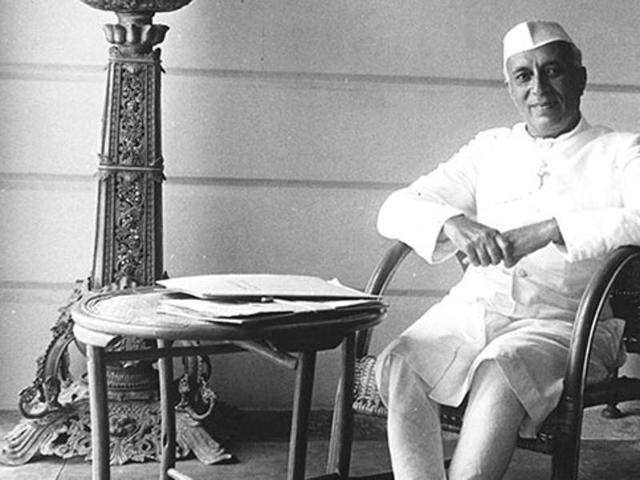 The Slaughterhouse of Intelligence 6 hours ago

The Slaughterhouse of Intelligence

Abide With Me - Military Breaks Tradition

Yoke of Bureaucracy – What Service Chiefs Can Do