The fedayeen attack in Pulwama, Jammu & Kashmir, on Thursday killing 44 paramilitary personnel and injuring scores of others should be properly understood.

At the most obvious level, the country is paying a very heavy price for the Modi government’s Kashmir policies — riveted on relentless state suppression of an alienated people — and its muscular, one-dimensional approach toward Pakistan — giving a ‘free hand’ to the security establishment to pay back in the same coin.

The Modi government’s hardline policy has proved not only futile but may increasingly become counterproductive. Indeed, the crisis in J&K has deepened in the past 3-4 years while the security tsars don’t even have a back channel to Pakistan anymore.

In all probability, the Jaish-e-Mohammed led by Masood Azhar continues to enjoy the patronage of Pakistani security establishment. But Islamabad has swiftly responded that “We strongly reject any insinuation by elements in the Indian media and government that seek to link the attack to Pakistan without investigations.”

But the bottom line is that the massacre in Pulwama could have been foretold. Pakistan’s internal security situation has significantly improved and cross-border terrorism from Afghanistan has tapered off. This creates a sense of triumphalism and an ‘itch’ to settle scores, as it were.

Nonetheless, one striking thing must be noted — the timing. The campaign for the 2019 parliamentary poll is gathering momentum. To be sure, the attack casts the government and PM Modi in very poor light.

Our ruling elite is hard-pressed to be seen reacting strongly and decisively. The dilemma is palpable. On the one hand, the disconnect between the authorities and the people of J&K is almost unbridgeable today. On the other hand, any ratcheting up of tensions with Pakistan is inextricably linked to regional security and stability.

Significantly, the crisis has erupted just four days before the next round of talks between the US and the Taliban in Islamabad on February 18 and the final hearing on the case of Kulbhushan Jadhav, an alleged R&AW operative, at the International Court of Justice at the Hague on the same day. Is it a mere coincidence?

The Pakistani PM Imran Khan is personally mediating between the US officials and Taliban leadership. To be sure, what is unfolding will be of momentous consequence for President Trump personally, whose decision to bring the ‘endless war’ in Afghanistan to an end is directly related to his own bid for re-election in 2020.

Fundamentally, though, the Pulwama attack has been directed at the paramilitary forces — not the Indian Army. It aimed to hit our security tsars below the belt and expose them as inept and vacuous people.

The ICJ hearing on February 18 provides the backdrop to the Pulwama attack. At the Hague, India is having to defend itself against the Pakistani allegations of cross-border terrorism. Pakistan will leave no stone unturned to level charges that India has been undertaking covert operations to destabilise it. There seems to be a message in all this for the Indian security establishment.

Of course, in the final analysis, the buck stops at Modi’s desk. The sensible thing should have been to follow up the BJP’s tie-up with PDP to form a coalition government in Srinagar with political initiatives to create synergy for a peace process in the Valley.

Similarly, nothing would have been lost by engaging Pakistan in talks. Good statecraft dictates that a country engages its adversaries on core issues of differences and disputes instead of resorting to meaningless theatrics to impress the uninformed public gallery.

Arguably, conditions were propitious to open a new page in our relations with Pakistan. The election of Imran Khan and the overture made by him (as well as army chief Qamar Bajwa) did open a window of opportunity.

But our security establishment, with its entrenched zero sum mindset, preferred to quibble and look for alibis not to engage with Imran Khan — that he is a mere rubber stamp of the military, that he hobnobs with Islamist groups, that he is a bird of passage and so on. Modi could have — and should have — asserted.

At the end of the day, the conclusion becomes unavoidable that an India-Pakistan moratorium on muscle-flexing is badly needed. This ancient ruckus must be laid to rest — and the shenanigans that go on below the radar must be ended conclusively. It involves statecraft to rein in hawks from crowding the skies. Of course, the easy thing to do is always to whip up jingoism.

With the Afghan power calculus shifting, a new beginning is possible. There is food for thought that Masood Azhar, who has a chequered past leading all the way to Kandahar, has surged in the Valley after an absence of 20 years.

And the Pulwama attack took place just 4 days before serious talks are beginning in Islamabad, finally, to rehabilitate the Taliban as a mainstream political force and India will be defending its own reputation at the Hague. We must read the tea leaves correctly.

Meanwhile, in political terms, in the face of the infinite tragedy in Pulwama, the government must make the effort to evolve a consensus opinion in the country to address the crisis in J&K, which is undeniably the root cause of terrorism.

But that may be too much to expect from the Modi government, whose focus is on vilifying political opponents and harassing them, or systematically polarising the national opinion. 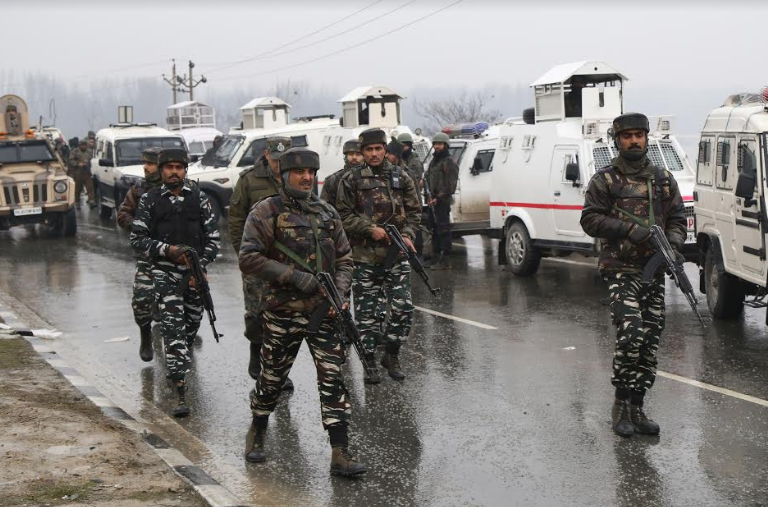 (M.K.Bhadrakumar is retired from the Indian Foreign Service, having served as India’s Ambassador in several countries)