Corona Blows the Lid Off Godmen Scams – How Will Religion Respond?

No religion is higher than humanity

Coronavirus has inadvertently blown the lid off the assorted religious televangelists, godmen and ‘cure-all’ religiocultural leaders who claimed to have a panacea for all ills, physical and even political.

These loaded hucksters were successfully peddling their ‘spirituality’ for financial gratification via medicaments, products, and purportedly ancient formulas to guarantee remedy and protection from all known ills, in defiance of modern science.

Their carefully curated garb and invocations afforded a semblance of a certain cultural ‘type’, rooted in a specific religious denomination, to be harnessed via the gullible adherents of that religion/sect.

These charlatans routinely pooh-poohed modern science as a Western affliction, going as far as to suggest ‘anti-national’ motives behind those who spurned or contested their ideas. 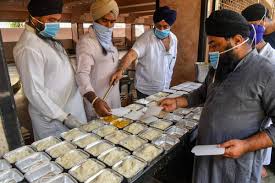 In the initial days of this debilitating coronavirus these shams held forth with cavalier pose and many ostensible ‘solutions’ – only to beat a hasty retreat as the infection went on spreading.

Across the world the purveyors of this religious-cultural enterprise created a constituency and ‘market’, which came unmistakably wrapped in authority-seeking strands of Hinduism, Christianity, Islam, Judaism, Sikhism etc.

This masquerade also did great disservice to their parent religions, as they flitted between commerce and puritanism, and along with willing politicians contributed significantly to polarising societies.

However, a significant part of society did remain skeptical of such divisive and commercial religious display, preferring instead a more ‘inclusive’, philosophical, cultural and spiritual side of religious nuance, which always insisted on humanity, peace and consideration for the ‘other’.

In Pakistan which too is caught in the vortex of religious extremism, there are examples like the late Abdul Sattar Edhi, who gave his life for human dignity beyond the narrow confines of organised religion.

Edhi’s purpose in life was to bathe and bury thousands of unclaimed bodies without discriminating their religion, gender or race. As the noble soul said, “No religion is higher than Humanity”.

Such selfless acts in turbulent times give society and indeed religion, its soul. Every religious order and nation has its own celebrated or unsung heroes who keep the true faith, and ensure it isn’t discredited by the acts of some extremist mullahs, priests, pandits or any other godmen, who preach the toxic lessons of Divide, Monopoly-on-Truth and Supremacism.

The Sikh community in particular has distinguished themselves across the world with their sense of community service, piety and altruism, especially in difficult times.

Be it in the devastating Australian bushfires or the horrific communal attacks in Delhi recently – the reassuring sight of the Sikh community rising to the occasion and setting up makeshift ‘langars’, ferrying the injured to hospitals and even helping rebuild destroyed homes and shrines, is now a frequent sight.

Importantly, these aid initiatives of the Sikh community tend to prop up impromptu, under the aegis of either the local gurudwara in the community, or through a purely voluntary organisation of Sikh members in the area. The religious or racial identity of the victims is irrelevant to their extending support to the most vulnerable-of-the-moment.

The genesis of this culture is reposed in one of the three pillars of Guru Nanak’s teachings: Vand Chakko, which necessitates sharing and consuming together as a community. The extended implication is to help those in dire need of help.

A relatively modern religion with a reformist agenda, Sikhism has almost internalised certain attributes of daily living that give the modern day community of Sikhs the ability to punch above its weight, in terms of contribution to society and nation.

The revered concepts of Sewa (selfless service for the benefit of others) and Charhdi Kala (mental state of eternal joy and optimism) have given the community a unique identity and disposition, in their own eyes, such that it is almost blasphemous to not live up to that exacting standard.

The famous saying that you will never see a Sikh beggar, is attributable to that sense of fraternal progress and hard work that disdains success at the cost of others.

Above all, a Sikh is a quintessential warrior who is given to defend his faith with his own life be it in Saragarhi, Mesopotamia or in Kargil. The ingrained martial outlook has appropriated the finest codes of soldiering, and therefore its noblest instincts.

The essential difference has been the ability of the Sikhs to cheerfully assimilate into multicultural milieus, without reneging on their own faith, and yet, integrating and enriching the diversity of the land with unmatched hardwork and selfless contributions, in places as far flung as Canada, Australia, Kenya.

Parsis are yet another community whose contribution to nation-building, enterprise and philanthropy in India is unbelievable, for a people numbering less than a lakh.

In both cases the genuine spirit and largeheartedness towards the ‘others’, as opposed to the narrow confines of their own religion or sect and its adherents, is what sets them apart in my view.

Gurudwaras from New York to Delhi are dishing out meals for the homeless and shelterless, in the midst of lockdowns that have abandoned a hapless citizenry to their fates. 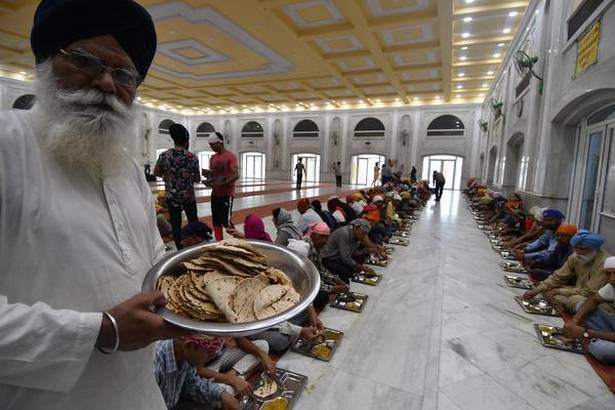 In many ways, the essential lesson of this crisis has been the need to collaborate, as this virus spares no religion, gender, race or nation – in such times, mankind and religion must introspect on the ‘walls of exclusivity’ it sets up or intends to build, for no ‘wall’ offers any meaningful protection against planetary crisis.

Religious practices and practitioners that insist on such ‘walls’ have been rendered useless. Mankind and religion may still survive, only if societies encourage and celebrate difference, understanding and mutual respect.