“Be strong but be kind”

The pre-Covid world was marked with the rapid rise of global neo-nationalism, that ironically found traction in the thriving democracies. It was a sort of a nativist groundswell that appealed instinctively and popularly to a certain class of illiberal and right-wing politics, that thrived in public positing and demonisation of a certain ‘other’.

The diminishment and disdain of such a ‘other’ within its own, was invariably accompanied with ‘undoing the harm of past inclusions’ (often calling it ‘appeasement’) and shaming earlier leadership that had strived for such a national inclusion and unity.

Revisionist in its core, it sought to unleash various subliminal phobias and skepticisms that it believed were responsible for the ostensible-enfeeblement of the ‘majority’, as distinct from the ‘other’. Dialing-up societies latent, historical and often imagined fears was the single-minded agenda towards political fructification of its manufactured-appeal.

The mutation of this ideological virus depends on where you are, and its metamorphoses took place in the realms of politics, conversations, societies and economics - hence giving birth to various strains like protectionism, anti-globalisation, Islamophobia, Euroscepticism, Sinophobia, anti-secularism, anti-immigration, anti-intellectualism, stereotyping etc.

The more sophisticated harvest and politically-astute utility of this global and ideological ‘pandemic’, was unmistakable in the leadership changes in the Western capitals. Barack Obama was replaced by Donald Trump, Theresa May by Boris Johnson (within Conservatives itself, the swing went extreme-right), Hungary’s Viktor Orban came back for his third term and the ultra-nationalists reared their angry heads in Slovenia, Sweden, Germany etc.

The appeal for the phenomenon of such a local ‘strongman’ was as successful in Asia, Africa and Latin America. The personal impulses of neo-nationalistic leaders were no different to those in the hard dictatorships of China or North Korea, which brook no opposition and were naturally averse to free-press or contrarian opinions.

However, the Covid crisis that has spared no region, religion, race or ideological-affiliation has tested the instinctive leadership tendencies of neo-nationalistic exclusivism and protectionism, over the much needed global-cohesion, outreach and collaboration. It has collaterally shredded the naturally accompanying voices of unreason, bigotry and ignorance, with leaders like Donald Trump licking their wounds with over a million Covid cases, after having imperiously stated on January 30, “We have it very well under control. We have very little problem in this country at this moment — five. And those people are all recuperating successfully”.

Even the ever-excited Brexiteer Boris Johnson was guilty of a gradualist approach that had initially pandered to the ‘herd mentality’ theory, only to beat a hasty retreat and order a clampdown, as he himself succumbed to the unsparing virus.

A marked difference of management style came from politicians who fundamentally envisage a different world - a more inclusive, inter-connected and inter-dependent world, and interestingly so, led by progressive female leadership.

. The one-time research scientist and popularly hailed as the ‘leader of the free world’, German Chancellor Angela Merkel, has steered Germany through the crisis with the optimum balance of timely action, planning and emotional intelligence.

. Norwegian Prime Minister Erna Solberg’s language of global-cooperation by unmistakable, “What this crisis and the pandemic shows us is that we are so interconnected in this world that we need to work together. There’s no way that we can handle this crisis without having a stronger international, multilateral cooperation”.

. The sense of urgency, maturity and clarity that was displayed by the likes of New Zealand Prime Minister Jacinda Arden, Taiwanese Prime Minister Tsai Ing-wen, Icelandic Prime Minister Katrín Jakobsdóttir or even by the 34 year Finnish Prime Minister Sanna Marin – was stripped of any neo-nationalistic ‘strongman’ impulses. Impulses that insisted on political one-upmanship, and most importantly remained guilty of allowing discriminatory and provocative statements by their cohorts, especially when the poignant moment necessitated a touch of all-inclusive heal and reassurances from the ‘divides’ of the past.

The sheer socio-economic havoc and misery caused by neo-nationalistic leaders, by way of empty-bravado and miserly allocations towards the most desperate and vulnerable, may just backfire finally. Only the tip of the economic pain that is inevitable is visible, as of now – the hunger and joblessness will only grow.

The rote ability of the neo-nationalistic leaders to get the masses to ‘rally around the flag’ may not happen this time as the empty stomachs and destroyed lives may no longer fall for distractions, empty-invocations and blame-game, any longer. The selective eye and ‘larger’ blame for the debilitating crisis has somehow still got contextualised on the respective ‘others’, and the finger-pointing of the past, is firmly in place.

Blaming the ‘others’ in the form of his pet peeves like the Hispanics, African-Americans and other immigrants when the unemployment figures are touching the levels of the 1929 Great Depression, may finally test Donald Trump’s astounding spin-doctoring and outright lying abilities.

Indeed, certain hard questions need to be asked of China and the WHO (World Health Organization), pertaining to the apparent downplaying and obfuscation of facts, that has costed the world. But for society to perpetuate the earlier racial ‘divides’ (against anyone with Mongolic features), multilateral-organisation-bashing or even over-dramatising and selectively playing-up the misdeeds of errant people (of a certain denomination) to conveniently lay the whole blame on ‘others’, may reflect the absence of having learnt any lessons from this painful pandemic.

For some time, the centrist and moderate voices were getting labelled as ‘weak’, ‘indecisive’ and in a uniquely Indian distortion, ‘sickular’ – but there was nothing weak, indecisive or akin to ‘sickular’ that was displayed by a Jacinda Arden. She had earlier won plaudits for not pandering to politics of hate and even deliberately chose to not name the perpetrator of a terrorist act – today she displays imagination, concern and decisiveness that is stripped of all theatrics and mumbo-jumbo. Her incredible humility, leadership touch and natural simplicity is captured in her stirring words, “Be strong, but be kind”.

Will this spark the revival of humanity and politics without the currency of hate, fear and unreason, only time will tell – but for now, the ‘strongmen’ of neo-nationalism have fared a lot worse than those who are more assured of themselves, of others, and even more so of their patriotism. 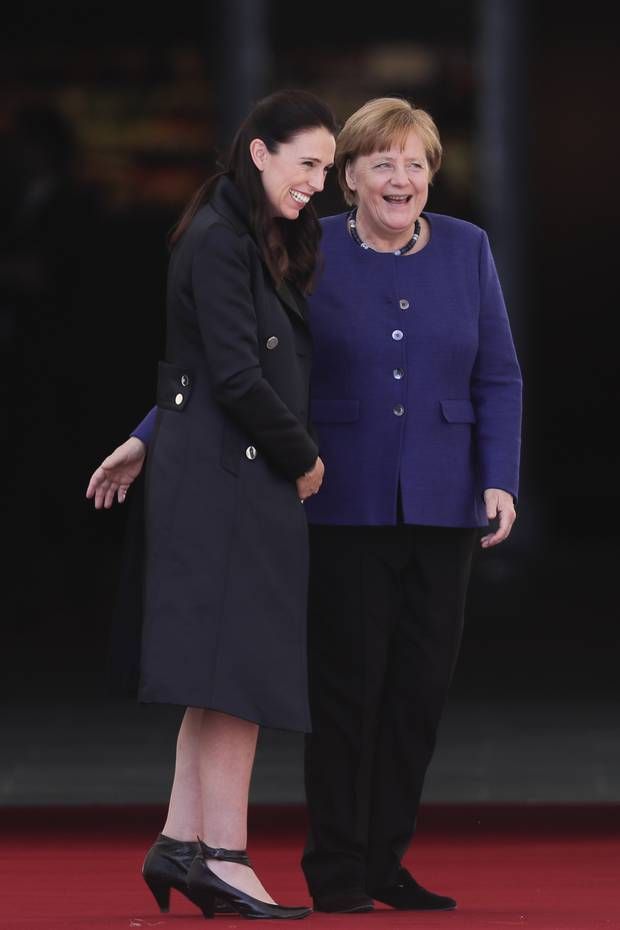 India Pakistan Ceasefire - Why? 16 minutes ago

Manual Scavenging - Not Just Inhuman But a Crime 29 minutes ago