Journalism Is The First Rough Draft of History, Keep It That Way Please!

Journalism is the first rough draft of history. The journalist records the moments, the events, the facts, the photographs even as incidents occur. Or almost immediately after. And hence the record assumes significance with time, particulary when the incident is analysed, discussed, and understood.

For instance the writings on events in India --Operation Bluestar, the Sikh violence in Delhi, the Bhopal gas tragedy, the Assam massacre, Kashmir, Uttar Pradesh, Gujarat and a host of others--became factual accounts that have been used by historians and analysts across. The photographs in particular, bring a new seriousness to the board, a confirmation that the reporters facts are indeed facts. And allow people a glimpse into history. Very much when we look at photographs of the dead on railway tracks during Independence, and realise even without reading the text, the extent of death and destruction.

Secondly, as I have always stressed, journalists are not in place to capture the achievements of governments but to expose the chinks, the mistakes, the acts of ommission and commission. So when there is violence, scribes might stumble across the good story of a particularly efficient district magistrate or a compassionate colonel but by and large it is the incident itself that draws attention, scrutiny, and investigation. The news photographer clicks pictures of the incident, if gory of the blood and dead bodies, and not of the poppies that might be growing in the field at the time. As seems to be the demand now.

There is nothing nationalist or non-nationalist in reporting. It is all about reality as the journalist sees it, and if he or she is good at her job, she will be in the midst of the action, and not in a television studio. Recording the facts as to the best of her ability. The news photographer needs to be at the spot even more so than the reporter, as his phtoographs have to be from the ground. Of the incident as it takes place. They often pay for it with their lives.

Over time with the corporatisation of the media, and the advent of television, the news photographer has suffered. Most big media houses have dispensed with the photographers, or reduced the numbers drastically, with little to no encouragement to be out in the field and get that rare photograph in for use. Fortunately, international news agencies have not given up on the photograph and have an array of talented people, who clearly take great pride in the profession and send out what I would again refer to as ‘records’ that bring the news to the world.

I have spent a few words in stating what should be obvious as the response to the Pulitzer award winning news photographers from Jammu and Kashmir has astounded. I know journalism is no longer what it is supposed to be, but even so it is surprising that instead of being proud of the recognition given to journalists for their hard work in tough conditions, we scribes have ourselves joined those seeking to build a totally unnecessary nationalist narrative to denounce their work. And promoted a discourse that is as meaningless as it is mischievious.

It is like saying that in 1984 my colleage and photographer Sondeep Shankar was being anti national when he took photographs of the bonfires in which Sikh bodies were being burnt in Delhi. Or like saying that world famous photographer Raghu Rai should have looked the other way and not taken photographs of death in Bhopal. Or that the massacre at Nellie in Assam should not have been recorded by the photographers who reached the spot. And that all those nameless and famous photographers clicking their non-digital cameras to record these events for posterity should have taken photographs of the skies, or looked for flowers and butterflies instead. As in todays discourse that would have been the nationalist thing to do.

This is so absurd that one did not want to recognise the hate campaign, but it is important to place the Pulitzer award and the work of these three photographers in a journalistic framework. Dar Yasin, Channi Anand and Mukhtar Khan worked for years in conditions that every journalist ---whether we write about it or not---knows of in Jammu and Kashmir. Living in strangers homes, hiding cameras in grocery bags, these men took lives into their own hands while taking photographs of military operations, violence, injury, death and protests. And not just recording the event, but doing so with a professionalism that made their photographs speak. Amazing work, the choice of subjects, the frames, speak of the talent that brought home the Pulitzer prize for these excellent news photographers.

They took photographs of what they saw in the course of their work. These are not fake photographs. These are real ‘records’ of a reality that exists. There are the women protesting, the man kicking at a police vehicle, a beautiful little girl with a bullet eye injury along with scenic photographs of the snow, women praying, little girls reciting the Quran during Ramzan. The talent shows in the frames of the photographs, expressions on faces, birds flying as a house burns in military operations. All that we have seen a thousand times over perhaps, but not in such beautiful photographs, journalist work that needs to be celebrated and not derided. 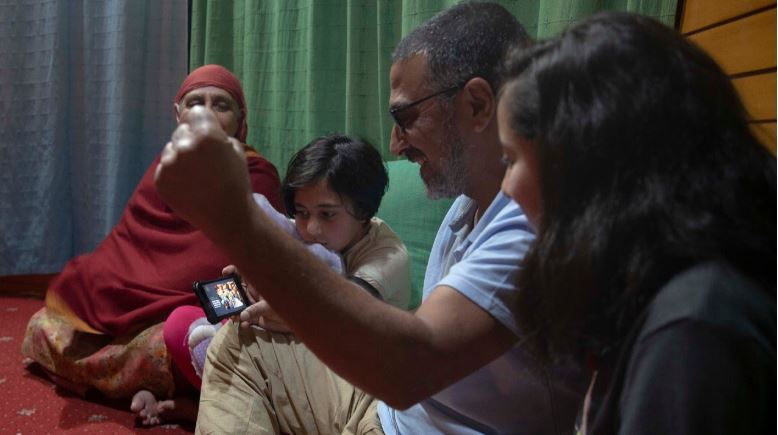 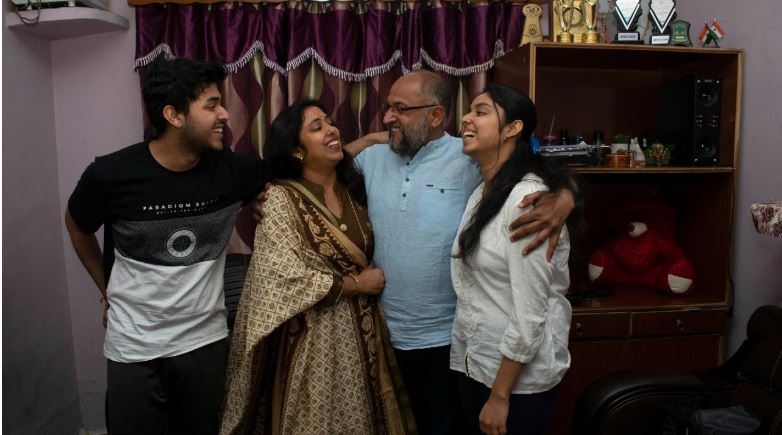