This is a press statement released by the Concerned Citizens Group on Jammu and Kashmir - Yashwant Sinha, Wajahat Habibullah, Kapil Kak, Bharat Bhushan, Sushobha Barve. This follows an encounter in the Valley where at least 15 homes were destroyed, and videos of distraught Kashmiris including women and families released on the social media. The Nawkadal encounter in which two Hizbul Mujahideen militants were reportedly killed had the people out on the roads shortly after, with clashes and stone peling and firing ensuing. Residents maintained innocent persons lost their property with videos documenting women accounts that their saving and jewellery had been looted. It is impossible to confirm this but the distress is apparent on the social media and subsequent reports carried in the local newspapers- Editor.

The statement cautioning the government reads:

Jammu and Kashmir (J&K) continues to be in a social, economic, political and communication lockdown since August 5, 2019. The lockdown imposed by the Union government is now doubly reinforced by the coronavirus pandemic. While Kashmir has dropped off the national radar due to concerns with the pandemic, the West Asian elite’s attention is drawn to it now because of the current regime’s perceived Islamophobia. This has also led to adverse international media attention. Within the country, there has never been greater need to be sensitive to disturbing developments in the UT and the immediate needs of its residents.

Many senior political leaders, including a former Chief Minister, continue to be in detention, in several cases under the draconian Public Safety Act. Meanwhile, there are attempts to incubate artificial political processes – through village and local body elections and facilitating the launch of a new political party. However, these processes have failed to fill the political vacuum. The Union government has also used the opportunity of the lockdown to implement domicile laws for the UT which should have been debated by the people’s representatives and by the affected citizens.

The media which could have promoted debate and discussion is being bullied. The administration has chosen to harass local accredited correspondents and photo-journalists, preventing them from performing their legitimate professional duties. Several have been called to police stations at odd hours to explain their reportage. Instead of using editorial and Press Council of India complaint mechanisms, the state police seems to be the preferred instrument of the administration to deal with journalists.

The communication lockdown – permitting only 2G internet, premised on the assumption that faster internet speeds help terrorists -- is causing havoc not only in banking, trade, business and healthcare but in the field of education as well. The 2G technology cannot sustain online learning, which is a ready option being used in the rest of the country.

The problem is particularly acute for students who have returned home because of the pandemic from universities and colleges in the rest of India. They cannot attend online classes and webinars or submit assignments. They may not be able to appear for online end-semester examinations which universities and colleges plan to hold soon. The government's stand before the Supreme Court that internet access is not a right militates against the apex court’s own rulings that information is a Fundamental Right under Article 19 (1) a of the Constitution.

The economy is also in disarray. For a state that is heavily dependent on tourism and horticulture, the lockdown has meant that two tourist seasons have passed without any business and the marketing of fruit produce has been hampered severely. The cherry season is already on and with pears and early varieties of apple ready for harvesting soon, farmers are staring at the prospect of rotting produce for lack of proper distribution and market access.

Artisans face distress and dealers in handicrafts are unable to function with piling up of stocks. No relief measures have been announced for them. Unlike in the rest of India, there has been no deferment/ staggering of bank loans in J&K.

In addition, the people of J&K are overwhelmed by the coronavirus pandemic and the lack of healthcare infrastructure to deal with its spread. This is particularly so in Kashmir Valley, where the people infected are far larger in number compared to Jammu.

The return of the Jammu and Kashmiri migrants, businessmen and students from the rest of the country and abroad who have already returned – without adequate testing and quarantine at the border entry points has generated overpowering apprehensions in the state. The Kashmir Valley alone has – an estimated 50,000 to 70,000 people who have returned. Those infected could easily overwhelm the UT’s meagre health facilities.

Meanwhile, militancy is on the rise. More disaffected youth are joining militancy, there are also reports of increased infiltration from across the border and even those areas where militancy had subsided are on the boil. The situation is unlikely to take a positive turn in the months ahead.

Under these circumstances, the Concerned Citizens’ Group recommends the following:

1. Release of all political leaders. A befitting occasion for doing so would be the upcoming festival of Eid ul Fitr.

2. Do not use the lack of a legislative assembly to push through policies with long term consequences.

4. Restore 4G communication in J&K to alleviate the problems of businessmen, traders, healthcare professionals and most importantly students so that they do not lose an academic year.

5. Extend the same bank loan deferment and facilities to J&K businesses as in the rest of the country.

9. Ensure that the healthcare facilities remain ahead of the coronavirus curve in the UT.

10. Open up the political space in J&K without which militancy cannot be controlled. 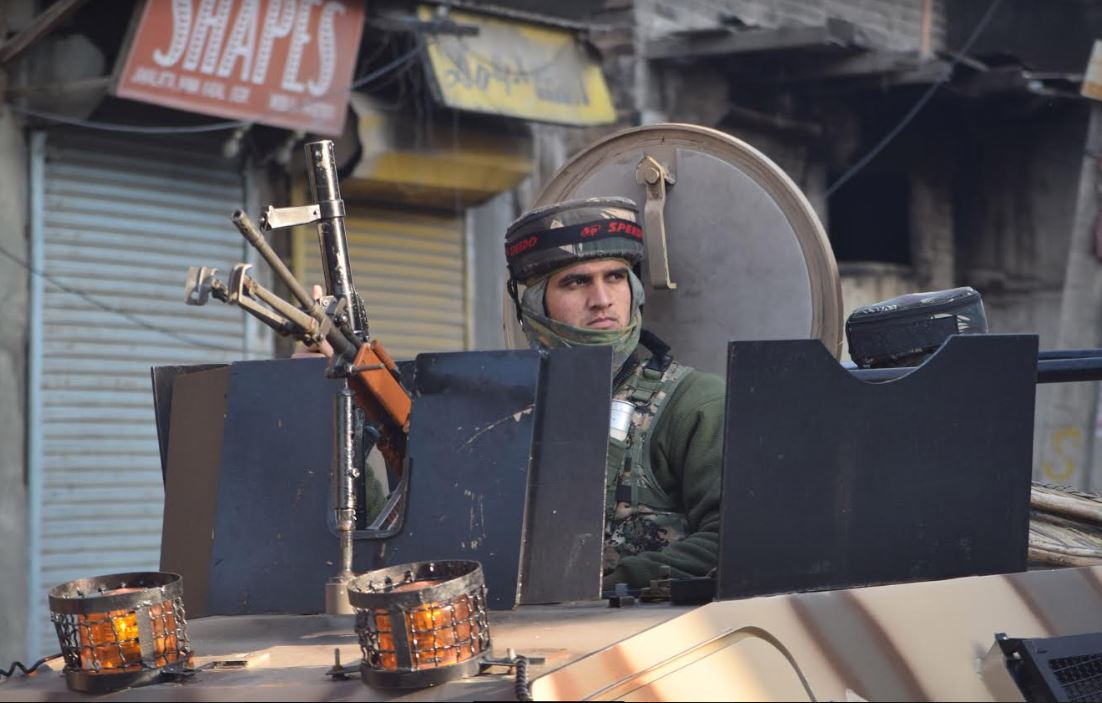 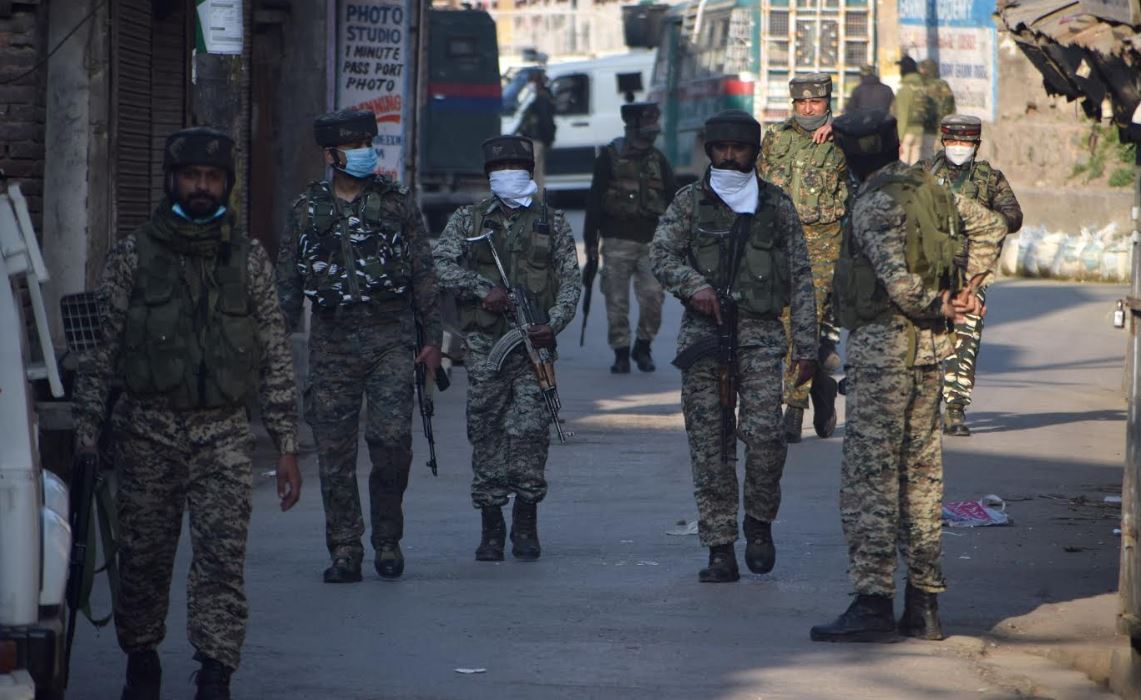 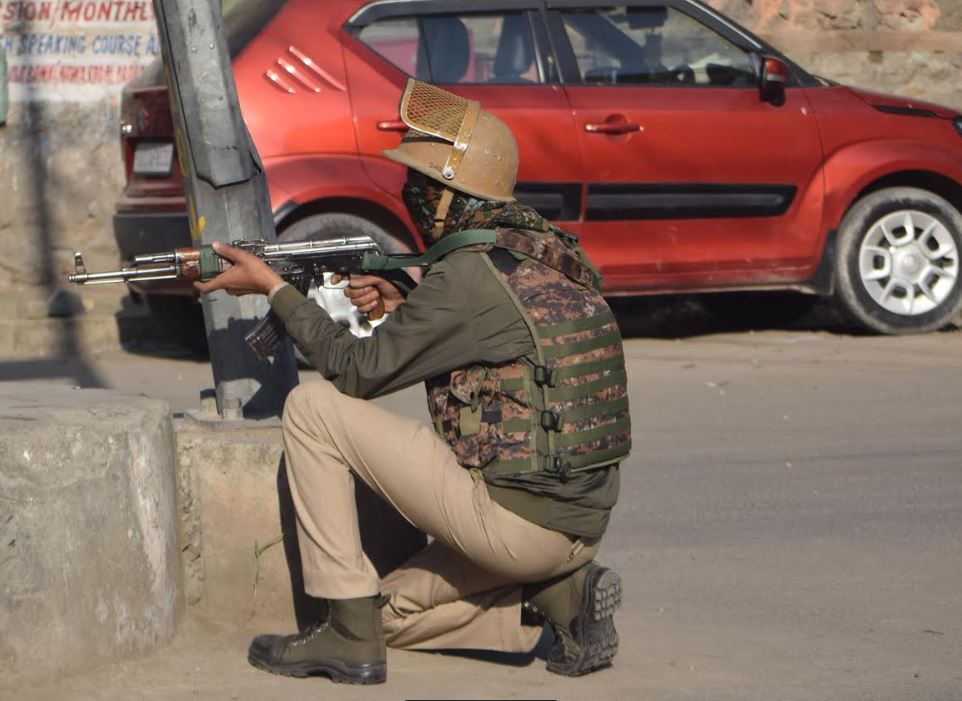 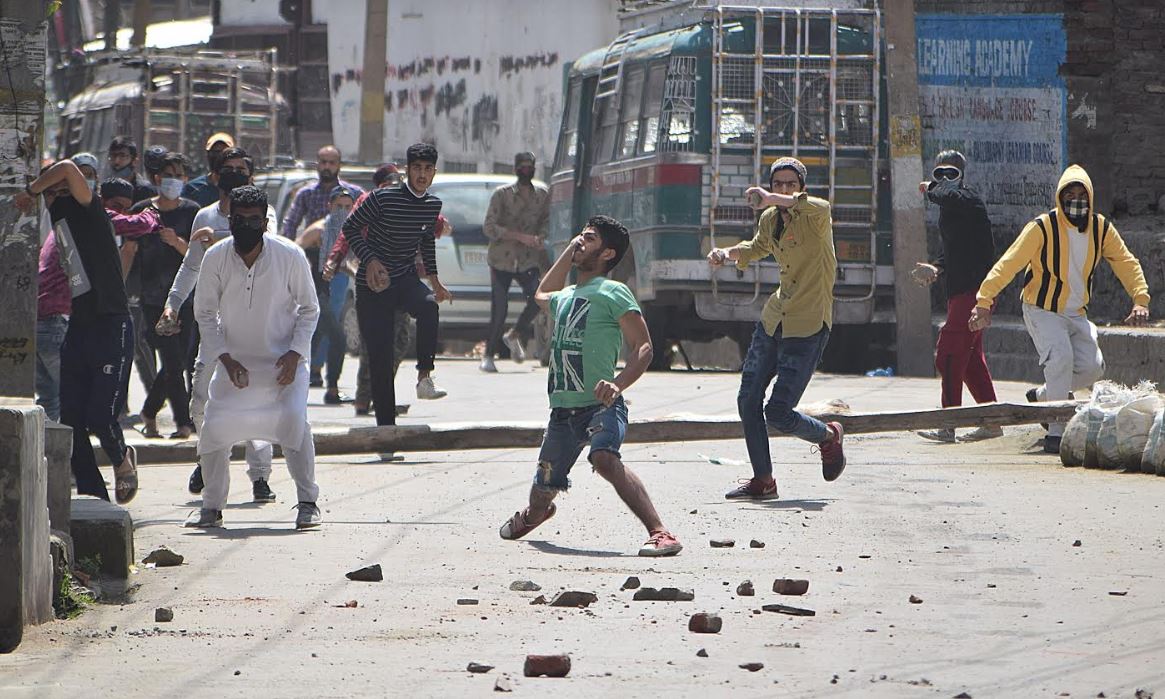 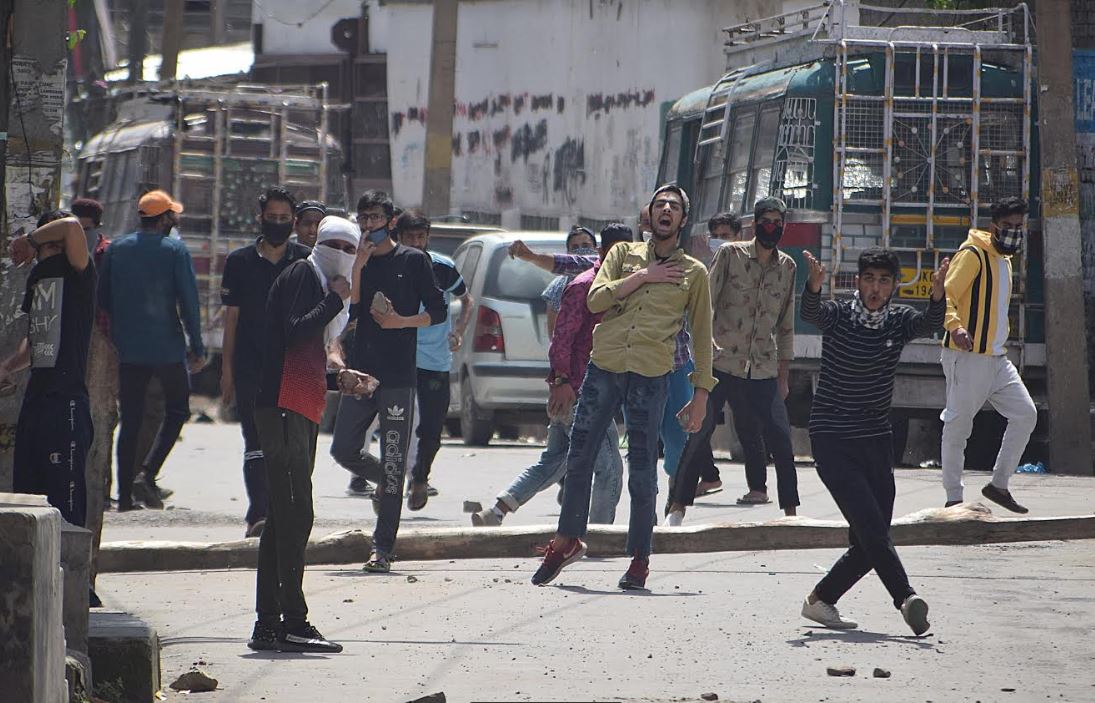 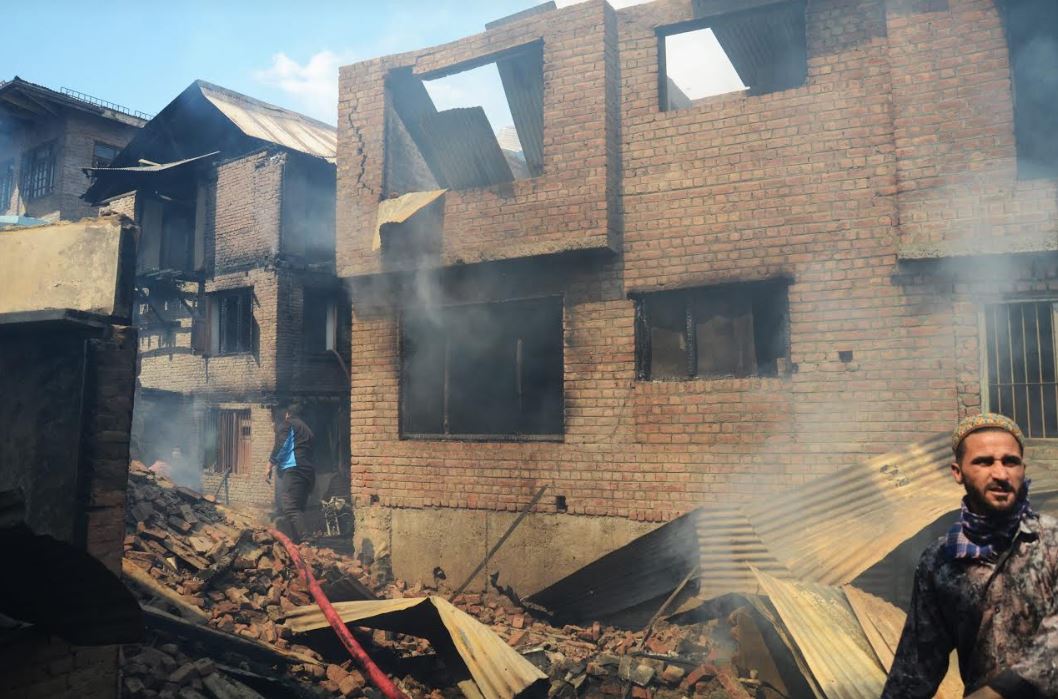 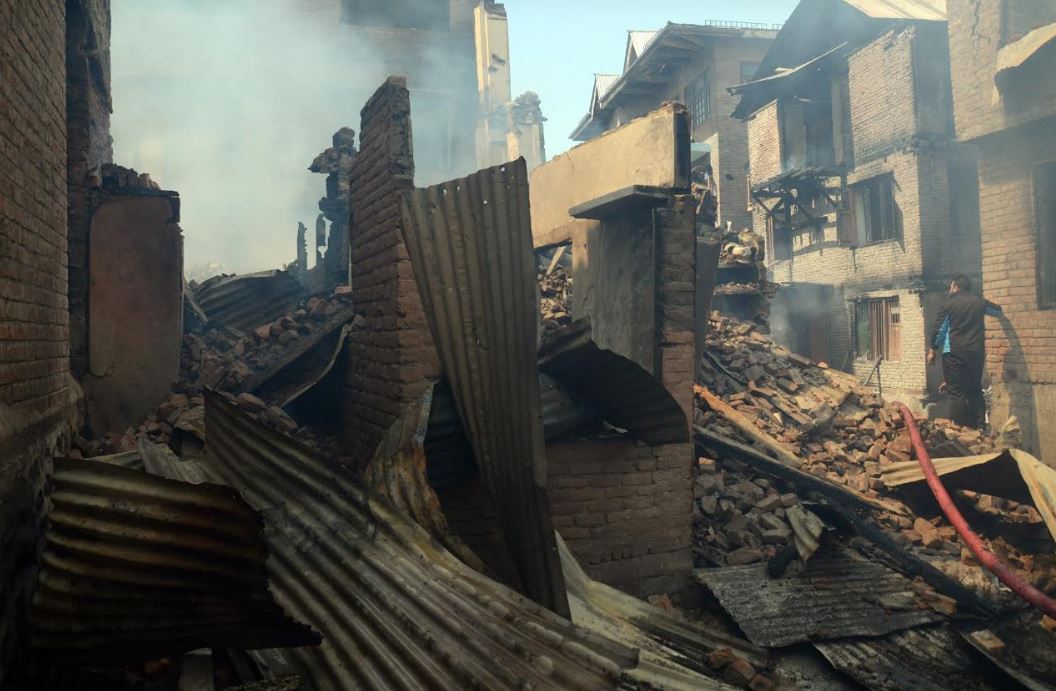 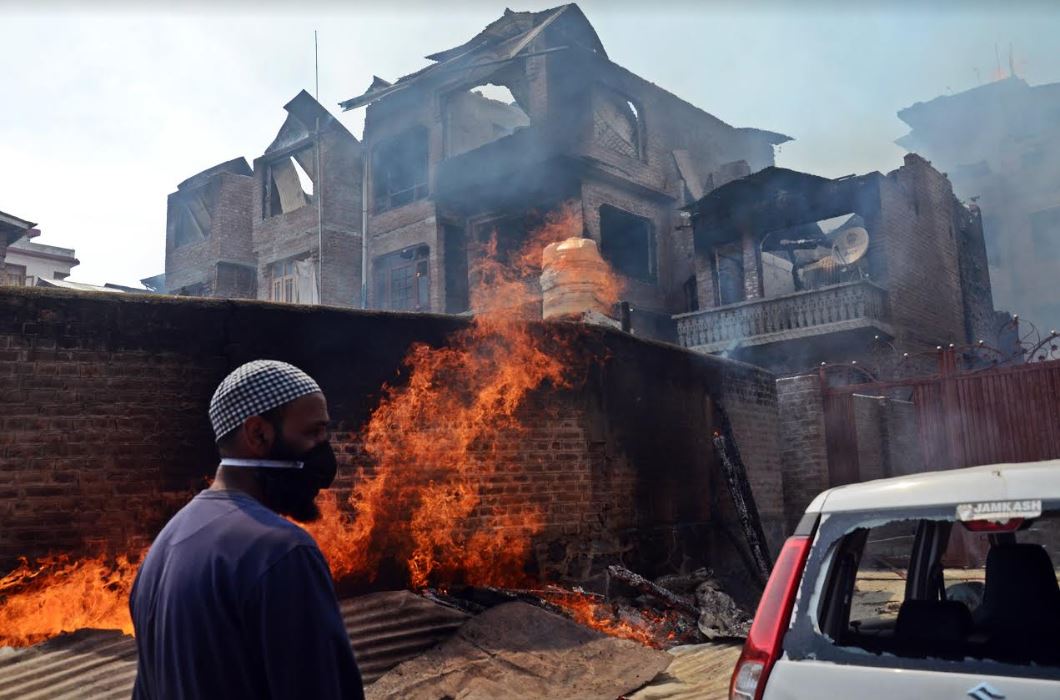