The Men Behind the Flying Machines

In my long innings as a journalist I have tasted irony immeasurable times. And one such occasion is now just as the first five Rafale fighter jets fly into the Ambala Air Force base having been flagged off from France by Indian Ambassador Jawed Ashraf who interacted with the pilots (see photograph) as part of the send off.

This in one sense closes the chapter on the controversy flagged off by the sudden announcement at the time of Prime Minister Narendra Modi’s visit to France in April 2015 that basically scrapped the initial 126 fighter jet agreement to 36 for immediate delivery. The then Defence Minister Manohar Parrikar caught unawares faced Parliament, and eventually the stage was set for the realisation of what is said to be a Rs 59000 crore deal.

Giving it shape, holding it together was the Indian Embassy that becomes in any such situation the nodal point for negotiation, management and effective diplomacy. It is the professionalism that the mission abroad brings into the job that often makes the difference between success and failure, and even those critical of the Rafale deal at the time it was re-negotiated admitted to this writer today that given the government’s decision and directions “our chaps there did a splendid job.”

And who were “our chaps” in the Indian embassy in France who steered the deal through the knotty waters? In a touch of delicious irony---as irony is always delicious for reporters---the two at the helm are India’s Ambassador to France Ashraf and Air Attache Air Commodore Hilal Ahmad Rather. An officer from Kashmir, who grew up and studied there.

Their seniors in the Foreign Service and the military were full of praise for the two. As several pointed out to this writer “the professionalism is exemplary, but no one would have thought or expected otherwise as both have set high records their careers,” Coming from an India where religion did not matter, and where democracy held sway, the two officers ---both reticent and unavailable to the media---established a reputation for high levels of competence that earned them these highly sought postings.

“Beauty and the beast” is how Ashraf described the jets.


He was posted to France from Singapore earlier this year.

Those who have worked with him describe him as a “quiet but committed diplomat” who has let competency speak for him. He avoids the limelight, stays away from the media unless it is in the line of duty, is a self confessed yoga practitioner, and like a professional diplomat serves the government of the day with “admirable” expertise. His rise in the profession has been as steady and as quiet as he is said to be in person, staying away from controversies and politics, and delivering the job at hand. He ensured the smooth transfer of the Rafale jets, almost seamless as a senior diplomat put it.

When asked about this existing space for the minorities in the Foreign Service Former Ambassador KP Fabian said, “this is probably because we in the Foreign Office have remained fairly free of political interference.” And are allowed to do the job where religion is not a consideration within the service. Diplomats travel the world, deal with governments and very quickly realise that global respect for India is steeped in her democracy. This, retired diplomats said, often shakes off the lingerings of prejudice that officers might have carried from peer groups and families as they intermingle with the far more liberal, and embracing world communities. As one recently retired officer from a smaller town said, “we suddenly realise there is this much larger world out there, and that is a wake up call in itself.” 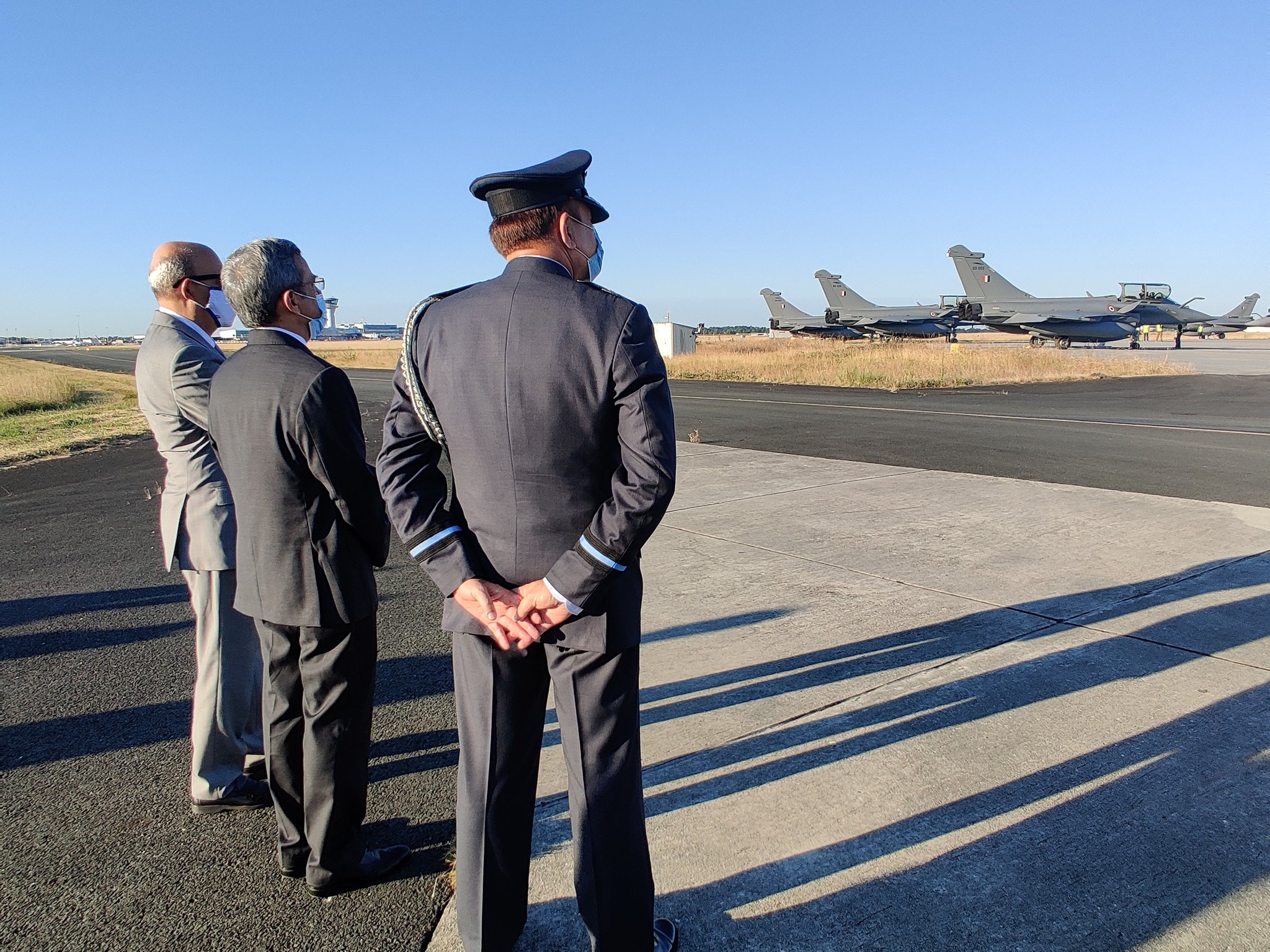 Rather is an interesting story in himself. He grew up and studied in Kashmir. He is known to the locals, and as one of his former friends Niraj Kumar told me, Rather was their school captain at Sainik School Nagrota, Jammu and Kashmir in 1984. Those he has served under since joining the Indian Air Force, are high praise for the fighter pilot. “He is an excellent pilot and officer,” a senior said, recalling how he had strongly refuted some suggestions that Rather not be given Mirage command. “We have nurtured him, he is a professional” the top Air Force officers at the time said, and from then on Rather has never looked back. He went to command the Gwalior Air Force station and according to his seniors “did an excellent job.”

Former Vice Chief of Air Staff, Air Marshal Ajit Bhavnani was amongst those with fond and admiring recollections of the young officer who is now posted in the Indian embassy in France. “He will rise to a high level,” the Air Marshal said. He was particularly happy, he said, because before Rather, he had not seen a Kashmiri as fighter pilots in the Air Force for “many many years.” Why? “Probably because we are not holding enough camps in the Valley as we do elsewhere to encourage the youth to join, besides the problems within,” he said.

Asked about secularism in the military the senior officer was categorical, “ this is still the driving force, I believe that. Bhavnani said that at every Air Force base all festivals be it Diwali or Eid or Christmas or Guru Nanak’s birth anniversary are celebrated with equal fervour, with senior officers paying their respects. “No one takes umbrage to this, it has not changed till now and it will not,” he said. “We nurture these young men from the age of 15-16 years, we have a high level of professionalism where religion and such issues simply do not matter,” the Air Marshal explained.

The key role played by the two officers in the Indian Embassy in the prevailing environment in India is a testimony in itself. Unintended of course, apolitical completely, but still a statement on the composite culture of India.