Is There Light At the End of the Tunnel - or Only Garbage?

The 9 km long Atal Tunnel below the Rohtang pass has been inaugurated, the foundation stone laid by Mrs. Sonia Gandhi ten years back has disappeared and Mr Narendra Modi has taken the credit for another project initiated by the Congress.

More important, however, we are told a new dawn has risen for the tribals of Lahaul and Spiti district, one of economic prosperity and seamless connectivity with Manali and the rest of Himachal.

The experience of the last three weeks, however, seems to belie this: this pristine and fragile landscape, situated at an altitude of 3000 meters may just be waking up to the nightmare of an unplanned mass tourism which has blighted most of Himachal Pradesh.

Reports are already coming in of as many as nine hundred vehicles entering Lahaul everyday via the tunnel, garbage and plastic being dumped indiscriminately everywhere, tourists relieving themselves by the roadsides, fruit trees being stripped bare, traffic chaos a-la the Rohtang pass, haphazard parking, potato bags stored on the roadsides being stolen, even cases of misbehaviour with local girls.

The locals are extremely agitated for neither their pristine environment nor their traditional culture have prepared them for this kind of vagrant behaviour. But, given that this is precisely the face of mass tourism which the rest of Himachal has been subjected to for years, this was inevitable and should have been expected.

One cannot help but feel that the Tourism Department of the state has been caught napping. The government had ten years to prepare for and plan for the influx of tourists into Lahaul when the tunnel was commissioned but has failed to come up with a comprehensive road map to navigate it.

One wonders if even now it is working on one. Fortunately, it still has some time to formulate a proper policy for the district will be shutting down for the winter soon. But if there is no policy in place by next April then the unmatched splendour and unique character of Lahaul and Spiti will be doomed for ever.

For this district is extremely vulnerable to environmental abuse and cultural vandalism. Its total population is only 31000, with a density of 2 per square km, perhaps the lowest in the country. Its people are trusting and friendly, their lifestyles are simple and traditional, evolved over centuries in complete harmony with nature.

This subculture is easily disrupted and is just not equipped to withstand an onslaught by the hordes from Karol Bagh, Kotkapura and Kaithal.

The interregnum should be used by the Tourism department to consult widely with the locals; fortunately this tribal district possesses a very close knit society, the residents are fully aware of, and proud of, their culture, they are fiercely protective of their natural environment and wish to live in complete harmony with it, as they have done for countless generations.

There are a number of non-governmental bodies to articulate the views and concerns of the valley's residents. The govt. should engage with them, keep their needs and desires paramount in the planning process, and not impose its own ideas of "development", urban tourism or revenue generation on them. Here are a few suggestions to begin with:

* Lahaul and Spiti does not have either the infrastructure ( roads, parking, hotels ) or the natural resources ( like water or electricity) or the powers of natural regeneration to sustain large numbers of tourists, and mass tourism will simply destroy it.

Therefore, the first step should be to carry out a study to assess the carrying capacity of the valley and then fix the number of tourists and vehicles that should be allowed in everyday. The govt. should do its job and not pass the buck to the National Green Tribunal, as was the case with the permissible traffic to the Rohtang pass a few years back. Till it does so, not more than 300-400 vehicles should be permitted every day.

* An environmental cess should be imposed on all ( except local ) vehicles/ tourists entering the valley, on the pattern of the Green fee in Manali. "Chhola bhatura tourism" has no place in this unparalleled and delicately balanced landscape, and those who wish to see its beauty must be prepared to pay for it; otherwise they could go to Goa.

This fund should be exclusively ear- marked for creating the required infrastructure such as roads, parking spaces, wayside amenities such as toilets, developing camping sites, installing garbage collection and disposal systems, sewage treatment plants, educating both locals and visitors. The money should not be diverted for extraneous purposes such as furnishing govt offices, buying cars or utilised as a discretionary fund by the DC or local politicians, as was allegedly done with the Manali Green fee. 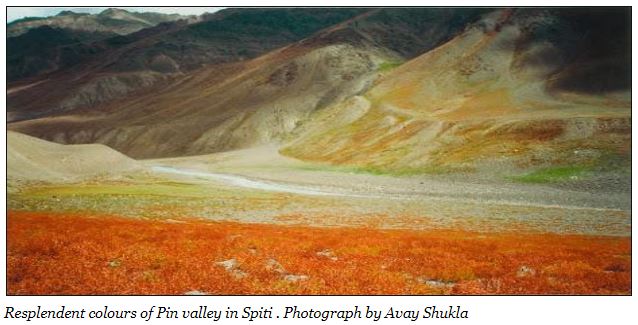 * Lahaul and Spiti is almost virgin territory for tourism, and the Department needs to do some out of the box thinking and not let events take their own natural and destructive course, as in the rest of Himachal.

The valley should not be allowed to become another Shimla, Manali or Mcleodganj. For starters, urban tourism should be discouraged and large hotels should not be permitted. I would go so far as to say that only Home stay , B+B units and Eco- Tourism should be allowed: the district should be declared an exclusive Eco Tourism zone . This is necessary to disperse the number of tourists over a wider area, avoid concentration of numbers and strain on resources, ensure improved livelihood options for the locals.

There should, however, be stringent safe guards in the policy to ensure that all these units are owned and managed by the local people, and that outsiders do not appropriate them as has happened in other districts. The state's Home Stay policy of 2010 was intended for locals, but has been hijacked by outsiders who take buildings on rent and start their hostelries. No benefit accrues to the locals.

* The state Pollution Control Board and the Town and Country Planning Department need to activate themselves immediately. Building bye-laws should be formulated for all the urban areas and tourist centres, with special emphasis on provision for parking and solid and liquid waste management. The two beautiful rivers of the area- the Chandra and Bhaga which merge at Tandi and ultimately become the Chenab- should not be allowed to become polluted as has happened to the rivers near Leh.

* Eco-Tourism has to be at the heart of any tourism policy for Lahaul and Spiti. And for this to happen the Forest Department has to be closely involved as almost all govt. land here is forest land. The Forest department's Eco-Tourism policy of 2009 has been a great success, even though the department has not expanded its scope since then. The 6 sites leased out by it to private entrepreneurs fetch it Rs. 98.00 lakhs each year.

The Forest Minister recently revealed that about 108 additional sites have been selected for tendering; I hope some of them are in Lahaul and Spiti. If not, then locations in that district must be identified immediately and tendered; if necessary, funds from the suggested Environmental cess could be utilised to develop some sites or improve forest rest houses which could also be leased out for eco-tourism purposes.

Lahaul and Spiti is the final frontier in Himachal for nature and its dream cannot be allowed to become a nightmare. We should not give in to populism and the temptation to make quick bucks. In fact, there is much the Himachal government can learn from the " less is better " tourism model adopted by Bhutan.

The Atal tunnel had posed two challenges for us. The first was its design and construction which has been successfully met by the engineers. The second challenge now confronts Himachal's administrators- using the tunnel for the development and prosperity of Lahaul and Spiti, not for its environmental and cultural degradation.

In the coming days will we see light at the end of the tunnel or only garbage? 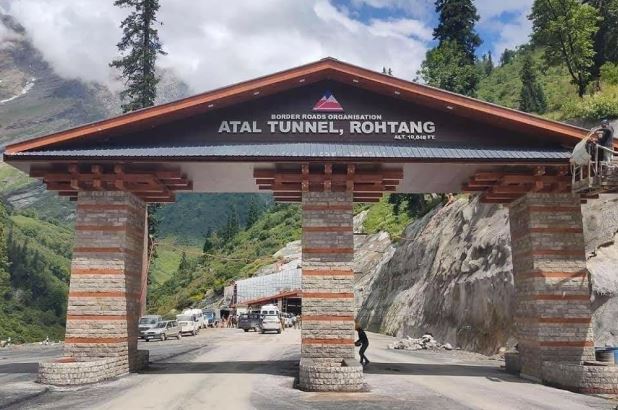 Tourism is Not a Fundamental Right, It is a Consumer Project to be Priced Like One