World of difference between Trump and Biden

From the Indian perspective, the prospect of a Joe Biden presidency becomes a moment of ‘memory mixing with desire’, to borrow from TS Eliot’s famous words from The Waste Land.

Prima facie, there is hardly anything to choose between the Democrats and Republicans in their attitude toward India. There is a ‘bipartisan consensus’ in the US as regards India. But then, there is a world of difference between Donald Trump and Joe Biden.

The Indian analysts barely hide an inchoate apprehension that Biden presidency may come down hard on Modi government on its human rights record. There is an institutional memory in Washington as to how far India can be pushed — rather, how tenaciously India would hunker down if push comes to shove. India is also vastly experienced in sequestering its core interests from external interference.

The manner in which Indian diplomacy got Kashmir excluded from late Richard Holbrooke’s ‘Af-Pak’ charter testifies to it, as apparent from the WikiLeaks disclosures of cable traffic from the US embassy in Delhi [cables 185384 dated 31/12/2008 and 186057 dated 1/7/2009.]

Having said that, India’s default position has been that a strong democratic process in the Valley made external role superfluous and interfering. But that specious plea is no longer tenable.

The misgivings among the US political elite about India’s internal political trajectory since 2014 cannot be underestimated. Therefore, how far the Hindutva agenda and its anti-Muslim connotations get imposed as national agenda on an unwilling nation will get duly noted and will impact the climate of US-Indian relations, even if it may not rock the relationship.

Influential voices within the Democratic Party such as Bernie Sanders, Nancy Pelosi and Pramila Jayapal — and Kamala Harris herself — have voiced disquiet. The mood in the House of Representatives becomes a major determinant of Biden’s India policies. Indeed, Howdy Modi touched raw nerves at a particularly sensitive time in US politics.

Equally, the Democratic Party has shifted palpably to the left of centre. It is little comfort that American exceptionalism no longer holds credibility. The point is about a value-based relationship with the US.

Biden’s focus will be on domestic issues. Being a seasoned politician, Biden realises that the massive repudiation of Trump that was expected in the election did not materialise. The Democrats sought a moral victory but that didn’t happen. And the divides in American politics only got wider.

If there is anyone who can walk across the aisle and build a consensus or common ground in such extraordinary times, it is Biden. And he’s acutely conscious that his presidential legacy lies there.

Therefore, foreign policy is not Biden’s priority. And India is unlikely to be a foreign-policy priority, either — although India’s significance remains in certain areas such as climate change, Covid-19, post-pandemic economic recovery, Iran nuclear issue or Afghanistan.

As vice-president, Biden was personally involved in the Afghan problem. Bob Woodward’s book Obama’s Wars details how Biden, old enough to remember the lessons of an earlier war, repeatedly conjured up the Vietnam trap and faced down the security establishment led by the generals — David Petraeus, McChrystal and Mike Mullen — and Obama’s defence secretary, Robert Gates, on the crucial question of Afghan ‘surge’.

The book describes Biden rushing to the White House on a Sunday morning to make a last appeal, saying that a major surge would mean “we’re locked into Vietnam”. Privately, Obama told Biden to push his alternative strategy opposing a big troop buildup in meetings, and while Obama ultimately rejected it, he told the military, he had to set a timetable for withdrawal because: “I can’t lose the whole Democratic party.”

Biden’s goal was consistent: contain the Taliban, neutralise the threat from al-Qaida and get the troops home. That was way back in mid-2009. Much water has flown down the Kabul River since then. But carryovers from the past provide signposts.

First, if Biden had lacked confidence in Hamid Karzai’s ability to deliver, he is going to be even more despairing about Ashraf Ghani. Second, Biden knows that the generals turned out to be horribly wrong in their judgement of the winnability of the war.

Third, Biden networked extensively with the military and civilian leadership in Islamabad regarding Afghanistan and there is a legacy of mistrust regarding Pakistani intentions as well as a sober understanding of that country’s doublespeak. The Doha pact becomes untenable.

Within these parameters, on balance, Biden is likely to opt for a residual military-intelligence presence in Afghanistan — but more as a counter-terrorism force than to fight the Taliban. Pakistan (and Taliban) will see advantages in a continued American engagement with Afghanistan. Biden will not contest Pakistan’s paranoia about India’s role.

In South Asia, a rollback of the US engagements can be expected. The heart of the matter is that India is going to be marginal in Biden’s China’s policies, where Delhi’s cooperation is useful but not critical, and the US priorities will be on the South China Sea, Taiwan and the regional security in Asia-Pacific where India’s stance is of secondary importance only.

The US will still help India as that is in American interests too, but it will not go to war with China on that account. There is no question of Biden propping up India as a ‘counterweight’ to China. The Quad may have had its halcyon days under the US-Indian stewardship.

Successive US administrations since Bush have shown interest in military cooperation with India and Biden will also be committed to promoting arms exports to India. But China will no longer be the ‘elephant in the room,’ as Secretary of State Mike Pompeo put it the other day. The point is, while US-China rivalry may continue under Biden, a significant shift in its direction is to be expected.

Biden’s emphasis on diplomacy to build global coalitions to counterbalance China may not satisfy Delhi where the ruling elite is sworn to surpass China militarily and in the economic space, and to negotiate a boundary settlement with Beijing only from a position of strength. Indeed, the hardliners in Delhi are in for a big disappointment.

Biden attaches high importance to reviving the negotiations with Iran. He might return to the policies implemented by the Obama administration, and is also likely to shrink the US defence budget in West Asia.

Now, India’s policies in the Gulf region deviated significantly from its traditional moorings in the recent years and linked up with the Israel-Saudi-Emirati axis, propped up by the Trump administration. As the Biden administration draws down on its commitments to that axis and engages with Iran., India needs to adjust with the new realities.

Fundamentally, the Modi government heavily banked on eight years of Trump administration. Modi invested heavily on a relationship with Trump. That assumption took Delhi, under encouragement from Pompeo, to partake of the so-called ‘Indo-Pacific strategy’, which in turn caused a serious fracture in India’s relations with China.

Today, as the Modi government stares at Trump’s defeat and Pompeo’s retirement, it is stuck with a grave standoff with China resulting from the delusional foreign policy course of the recent years. A brave face can be put on it but India’s strategic reserves are emptying out.

The timing of the Foreign Secretary’s weeklong consultations in the European capitals soon after the 2+2 ministerial dialogue with the US signals a belated realisation that hitching India’s fortunes entirely to the Trump bandwagon, under Pompeo’s prodding, was a strategic blunder. As the geopolitical shifts play out, India has no choice but to reset its policy calculus. 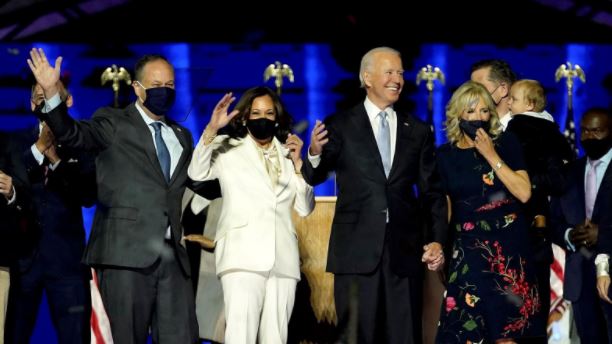