US has shown the ability to correct itself

By electing Joseph R. Biden Jr, 77, as President the American voter has demonstrated that a democratic polity has the ability to correct itself.

Trump got elected democratically, but he governed undemocratically, surrounded himself with his family and cronies of no competence, and violated the Constitution based on the doctrine of separation of powers propounded by the 18th century French philosopher Montesquieu.

The other democracies might be inspired to carry out the corrections they require.

There is a huge sigh of audible relief in the capitals across the globe, with a few exceptions. Trump loved ‘strong men’ and there might be consternation in Riyadh, Jerusalem, Cairo, and Brasilia, to name only a few.

What about New Delhi? Should Modi be worried about his unwise intrusion into U.S. politics – Howdie Modi and Namasthe Trump? Not at all. Unlike Modi and Trump, Biden does not believe in ‘over-personalized’ diplomacy. Let us hope that Modi has learnt a lesson.

Trump by refusing to accept defeat gracefully and to do the right thing by congratulating Biden reminds one of Hans Christian Andersen’s story The Emperor’s New Clothes where an emperor cheated by his tailors goes naked thinking that he has put on the finest clothes. As mentioned earlier, the courtiers Trump has surrounded himself with dare not tell him the truth. His hope that the Supreme Court would restore him by declaring the declared election results is pathetic and truly Trumpian.

The U.S. President is referred to as POTUS (President of U.S.) by the security. Incidentally, the word in Latin means a drink and Trump got thoroughly inebriated with the powers of his office and started abusing them right from the beginning.

It has been argued by some scholars who were expecting Trump to win the election that ‘Trumpism’ will survive Trump. Did not Shakespeare’s Marc Antony say, “The evil that men do lives after them; the good is oft interred with their bones.”

Let us give one instance of the evil that cannot be set right. Trump permitted Netanyahu to transfer Israel’s capital to Jerusalem. But another evil can be reversed. Biden has declared that he would rejoin the nuclear deal with Iran.

I want to ask the reader to list any good that Trump did during his term of four years. This writer is at a loss.

Coming to the geopolitical implications, we can say that decency and good sense will come back to the White House. Biden has stated as candidate that he would reverse Trump’s wrong policies. Let us list a few:

- By rejoining the nuclear deal with Iran, Biden will re-write the power equations in an exceptionally strife-torn region. Iran with sanctions lifted will be able to deal with the contagion of Covid-19 and re-build its economy. Thousands of lives will be saved. Geopolitically, Iran will need less to get closer to China and Russia.

- Biden will stop the sale of arms to Saudi Arabia for the war on Yemen. The young and inexperienced Crown Prince MBS has been chasing the mirage of military victory despite the thousands of deaths caused by his bombing of weddings and funerals.

- Biden will compel Riyadh to put an end to the boycott of Qatar.

- Will these three steps of Biden cause a peaceful change of regime in Riyadh? We do not know, but it is not unlikely.

- By agreeing to talk to Moscow on arms control, Biden will bring in more sanity to an insane realm of mutually reinforcing armament to the benefit of the merchants of death.

- By re-setting relations with Moscow, Biden might succeed in decelerating the growing Moscow-Beijing alliance caused by Obama’s treating Putin as an untouchable after the annexation of the Crimea. However, the alliance will continue.

- By repairing relations with EU and NATO, Biden will be doing the right thing.

- UK’s Prime Minister Boris Johnson who was encouraged by Trump to do Brexit at any cost will have a difficult time in getting a ‘special trade ’deal from Washington. As a matter of fact, the crafty Trump would have imposed a tougher deal than imagined by Johnson.

- By re-joining the Paris Climate Accord and by reversing Trump’s policy of assailing W.H.O/U.N/UNESCO and so on, Biden will help restore the rule-based international order enfeebled by Trump.

- On China, Biden will act on the basis of the bi-partisan consensus that China is the rival whose rise should be stopped and reversed. But, he will act with mature diplomacy unlike the impulsive Trump.

What about India? There is no reason at all for India to feel any nostalgia for Trump. He has done nothing for India. The military-to-military agreements including BECA (Basic Exchange and Cooperation Agreement) are primarily meant to permit the use of Indian facilities by the Pentagon.

There is no clause of U.S.’s coming to India’s assistance if attacked by China.

Trump has succeeded in selling arms to India and thus securing thousands of American jobs. He was difficult about doing a trade deal.

Biden will be fair and friendly. He plans to hold a global summit to promote democracy. India should join. However, under Biden India will come under sharp scrutiny about its human rights record, minority rights, and treatment of NGOs. Of course, that is good for India. 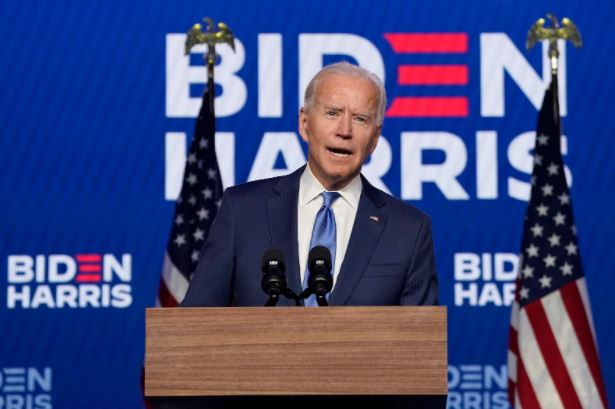 Ambassador K P Fabian is Distinguished Fellow at Symbiosis University, Pune. His podcasts are at http://www.ambassador-fabian.com/podcasts/