Earlier leader Charan Singh was the force who commanded a huge following amongst the Jat farmers of western Uttar Pradesh. For him he was a virtual messiah, and his word was their command in his heydays. He lost some of this support along the years, with his son Ajit Singh failing to capture the same loyalties though to be fair both he and the farmers gave it a shot. It came to nought and the western belt of UP --that had resonance in Haryana as well---slipped away.

Charan Singh went on to become Prime Minister of India briefly in 1979 after his disappointment in not getting the post when the Janata Party came to power after the Emergency in 1977 and Morarji Desai took over as PM. His command over the farmers in western UP did not grow but over the years was reduced substantially.

Some of Charan Singh’s charisma and popularity was captured by personalities like Mahendra Singh Tikait, also a popular figure in western UP and formed the Bharatiya Kisan Union. He too managed to create a movement that reverberated in Delhi. In 1988 he brought lakhs of farmers to Delhi’s Boat Club lawns, with the entire Rajpath from Vijay Chowk to India Gate covered by the peasants.

Delhi, as is its wont, refused to recognise the struggle but eventually then Prime Minister Rajiv Gandhi had to concede the 35 point charter of demands, of which a hike in sugarcane price was a big victory for the Jats of western UP. Tikaits son is running BKU but with less flair and reduced support.

However, the farmers uprising today is in one sense more significant in that it is sans a leader. The 3 farm bills promulgated by the central government drew protests confined to states where farmers agitated in pockets, with little to no response even from the opposition. Except for the All India Kisan Sabha, a mass organisation of the CPI(M), the other major parties including of course the Congress had little say in these protests. And hence were caught completely by surprise when these coalesced into a sudden Dilli Chalo call that had thousands of farmers, more so from Punjab and Haryana to begin with, driving and cycling and walking to Delhi in a major outburst of anger.

There is no one clear leader, just a multitude of local organisations and the farmers own understanding of the situation where in the farm bills are seen as a move for corporate control. Farmer after farmer is well versed in the situation, with Punjab that had remained out of the sway of Charan Singh and Tikait because of better farming conditions, erupting now in visible anger. The language and the fearlessness is characteristic of the landed farmers, with the government of the day being attacked in strong words, just as on Rajpath in 1988 or in rallies organised by Charan Singh across UP and the outskirts of Delhi. These farmers mince no words, are not scared, and the attack by the police has always strengthened their resolve to fight for their rights.

The young man who jumped on to the water cannon and switched off the pipes before taking a flying leap on to his tractor below, the refusal of the farmers to accept lunch offered by the government and eat their own langar and to my mind, and the huge presence of the grand old farmers who are in the lead are all signals that this stir is laced with new resolve and determination that the government can ignore only at its own peril. That the stir is by farmers, recognised by India’s toiling masses as the backbone of the country, is already attracting huge support from all other professions, sections of society, general janata.

The opposition parties are now of course piggybacking, with leader after leader coming out to express support for the farmers. Some hesitation is evident as the farmers again have refused to allow their struggle to become politicised, and are not seeking ---in fact are shunning---political support. In that this peoples stir shares two common points with the anti-CAA movement - both were leaderless with the aged out in the front; and both have resisted political intervention of any kind.

In this case, however, the government has been compelled to initiate talks. Another round is scheduled for December 9, even though the farmers along with others have called for a bharat bandh on December 8.

While there are many leaders of the farmers organisations participating there is no one leader,and in that sense the movement remains leaderless. And yet there is a discipline and a cohesiveness, felt around Delhi’s borders with the sons of India’s soil speaking in one voice and weathering the bitter cold and pressure with songs, speeches, and hot piping rotis from the langars. At this moment the movement is growing in leaps and bounds, with no one in the mood to back off unless the bills are withdrawn for good. 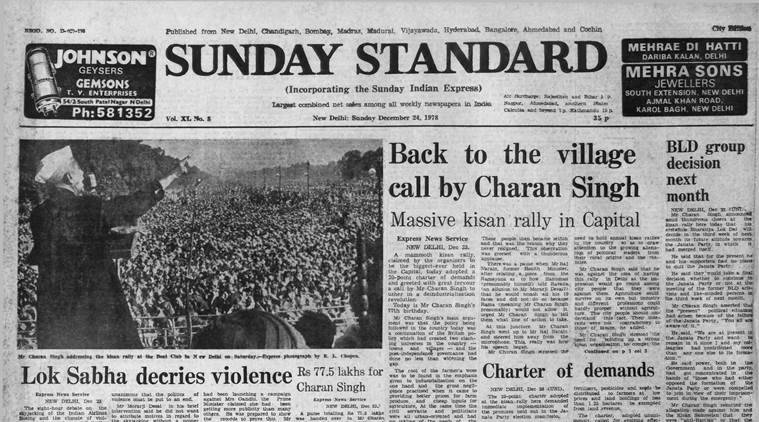