The old-boys network of British schools is full of puffy, toffish and posh accents with an uncanny ability to soften entitlement with charm. To the manor born, essentially implied to be schooled at the likes of Eton, Harrow, Westminster, Gordonstoun or the Godolphin school for girls. That these are the veritable hatcheries of fledglings meant to occupy the highest perches of politics, boardrooms, arts and even regiments, as can be gauged by the fact that 20 out of the 55 Prime Ministers to date were schooled at Eton, 7 at Harrow and 6 at Westminster!

Quaintly anachronistic with an over-emphasis on Latin and Greek, they are believed to look upon the working class as, ‘primitive, people holding up their trousers with bits of twine and that sort of thing’!

Understandably the class, pedigree and patronage links within its school-tie network ensures that they remain the breeding grounds for the Conservative Party or Tories, and one such specimen of undeniable upper-class privileges is the Etonian, Alexander Boris de Pfeffel Johnson, or less pompously, just Boris Johnson!

The deliberately ruffled hairdo, comical mannerism and spiffy language barely masks the fierce ambition and a pair of chubby hands with unseen claws, that has seen Boris wheedle his way into 19 Downing Street. The carefully cultivated persona of a worldly-wise statesman who is equally at ease in slipping in an indulging guffaw, is really a story of contradictions, manipulations and posturing that ensures that things never really are, as they seem.

Like his hero, Winston Churchill (fellow-Etonian, fellow-Conservative, with matching gifts of the gab) who was hailed as the Greatest Briton in History – the murky details of whose racist and bloody decisions (Bengal famine?) have remained conveniently buried under the carpet, Boris too revels in Churchillian rhetoric, sense of grandeur and pretense as a bon vivant and raconteur!

Much like Churchill’s infamous hatred for people with ‘slit eyes and pig tails’ or for Indians, ‘the beastliest people in the world’, Boris Johnson retains the equivalent standards by referencing Muslim women as ‘letterboxes’, describing Congolese people with ‘watermelon smiles’ or using the derogatory term ‘piccaninnies’, the list is embarrassingly long.

Like Churchill, who switched positions and postured contradictory preferences (often amorally with little consideration for propriety, consistency or constitutionality) whilst beguiling and seducing popular imagination – his literal heir-apparent has shimmied his way with liberal dosage of Greek mythology to add gravitas and Churchillian analogies to cue grandeur, to become both, the upper-class twit as well as the nationalist-populist who appeals to hard core Labourites, equally naturally.

Boris’s nativist oratorical flourishes like ‘let the British Lion roar’ are made as seamlessly as invoking his one-eighth Turkish ancestry or filling up his cabinet with an unprecedented number of immigrant ethnicities – the master of disguise seeks to be what he is, and also, what he isn’t! The ‘loveable buffoon’ has reinvented and reinvigorated the traditional Conservative appeal with seemingly impossible, possibilities – one of them has been to wean away a sizeable chunk of the 1.5 million Indian-ethnicity voters, away from the Labour to the Conservative side.

Towards endearing himself to India and Indian ethnicity, Boris Johnson had famously described himself as the ‘son-in-law of India’ – that, he was referencing it to his then-estranged wife Marina Wheeler (whose mother Dip Singh was earlier married to Khushwant Singh’s younger brother), was to use a private school term, a ‘minor piffle’ of an inconsequential detail!

But the foot-in-mouth prone Boris Johnson’s charm-offensives didn’t always hit the target, as intended – once canvassing in a Gurudwara in Bristol while plumed-up in a Sikh Turban, Boris waxed eloquence about boosting bilateral trade with whisky sales, not recognising that conversations around alcohol are best left out of religious places, and certainly not in Gurudwaras. His statement, ‘I hope I’m not embarrassing anybody here by saying that when we go to India, we have to bring ‘clinky’ in our luggage,’ and that, ‘We have to bring Johnnie Walker’ did create more than just a, ‘minor piffle’!

Boris Johnson also tripped with his meek defence of British colonialism with invocations of his alter-ego of Churchill with statements like, ‘He would have been very proud at the continuing legacy of Britain in those places around the world, and particularly I think he would have been amazed at India, the world's largest democracy, and a stark contrast with other less fortunate places that haven't had the benefit of British rule, if I can say this on the record.... why not?’ Effusive words for Churchill, who has a starkly contrasting and wounded perception in India,

Boris did well to bounce back winning almost all popularity contests with his trademark and unorthodox admixture of audacity, clarity, celebrity and suggested intelligence! Important ingredients to impress and woo for a compulsive political flirt, even when Boris was not fully in grasp of the issues on hand!

Last year, it took the House of Common’s first turbaned Sikh MP, Tanmanjeet Singh Dhesi, a Labour backbencher to seek an apology from Boris for glossing over his earlier racist remarks by asking, ‘Rather than hide behind sham and whitewash investigations, when will the prime minister finally apologise for his derogatory and racist remarks?’ – off course, the political trapeze artist and Wordsmith par excellence did nothing of the sort and instead turned the tables by seeking an apology from the Labour for its ostensible anti-Semitic moorings!

Ever the opportunist to convert a crisis into an political opportunity for electoral appropriation, Boris went one step further and extolled his non-existent Sikh heritage, ‘And I speak as somebody who is not only proud to have Muslim ancestors … but to be related to Sikhs such as himself.’ If electoral results are any indication, the modern-day Winston Churchill has indeed triumphed, despite stretching the boundaries of truth, chummy naivety and know-all pretenses.

Tanmanjeet Singh Dhesi was to resurface again in the imagination of the land of his forefathers when he inadvertently blew the lid over the blustering confidence and braggadocio that makes a Boris Johnson, such a potent and impressive speaker, usually.

Dhesi had evocatively, movingly and amply clearly drawn the attention of Boris Johnson towards the ongoing farmers agitation in India, given the concerns that it was arousing in the constituents and asked the British Prime Minister to convey the same to the Indian Government. Never short on words, wit or wisdom (ok, not always), Boris Johnson jumped up purposefully from his seat to leave Dhesi and all those in the know of the agitation with his grip over the matter, shell-shocked, ‘Our view is that of course we have serious concerns about what is happening between India and Pakistan but these are pre-eminently matters for those two governments to settle and I know that he appreciates that point’.

Dhesi’s face at the end of yet another Churchillian flourish was priceless as he remained stupefied beyond belief, as the proud Etonian bumbled and fumbled with astronomical conviction, magnificence and ignorance. The power of comic-relief with a disheveled toff and endless charm, won another day for Boris Johnson as poor Dhesi was left lamenting, ‘But it might help if our PM actually knew what he was talking about’!

Unquestionably, Boris Johnson has changed the political discourse, language and formula for not just the Tories or British politics, but also for democracies by constantly defying odds, slip-ups and insincerities, with usually well-aimed and camouflaged, way with words.

The pun merchant will have another shot to cast a spell on India and Indians, when he comes next year as the Chief Guest at the Republic Day parade. Hopefully, he will refrain from invoking Churchill or Pakistan, or even Burkina Faso, as none of that has any relevance, resonation or appropriateness to the said occasion – but with Boris Johnson, you never know? 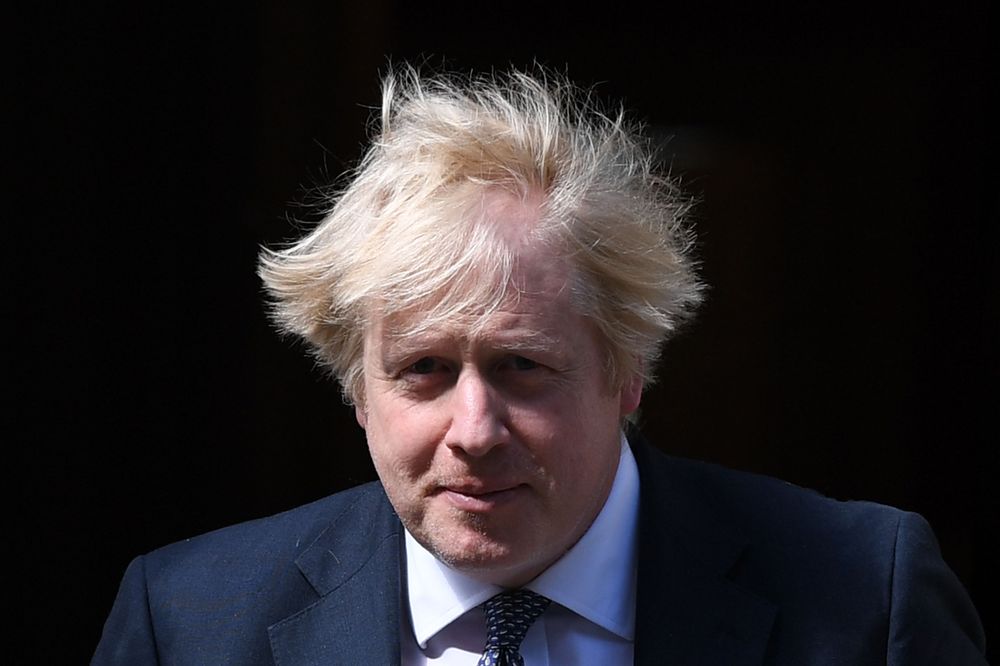