Numbers increase by the day

In an unpredictable world, human beings tend to end the year with hope. Hope that the new year will bring better tidings, and yet at the end of the year reflections paint a trajectory that is dismal and even terrifying. In India, the pandemic carried its own weight shared by citizens of the world but with it came crackdowns and encounters in Kashmir, attacks on Muslims and others in Uttar Pradesh in particular, anger and fear and divisiveness, and the horror of floods in parts of the country. The terrible violence in north-east Delhi, the arrests of young activists who are still languishing in jail joining the intellectuals and scholars who were arrested the year before, the attacks in the name of inter-faith marriages, the walk of the migrants to their villages in the face of an inhuman lockdown-- all that have weighed in on the consciousness and spirit of a country that took pride in her democracy even as she battled with poverty.

And just when it seems that there was no reprieve came news of a vaccine that could give a kickstart to the new year. But the biggest event, that cut into wounded hearts, and melted the fear and pessimism is the farmers march on Delhi. They have arrived in the lakhs, defying water canons and lathis along with a dirty smear campaign, and set up home on Delhi’s border braving the bitter cold. They have come with food, quilts, books, and support for each other to ensure that all withstand what promises to be a long haul, speaking in a language that holds the government to account and brings truth to power.

At a time when some dirty corporates have used the opportunity to control India’s wealth, where the middle class has lost its soul, where the rich have remained compromised, it has been left to India’s toiling masses to bring the country back on the tracks of democracy. It has been left to the farmers, proud and determined, to speak out for unity, to shun divisiveness, to expose the doctrine of hate even as they demand their rights and the repeal of the three obnoxious farm laws. The loot of India by the business houses is well exposed, as is the role of the pliant media, and the government. The nexus between the three has become the topic of not just speeches, but conversation on the ground with the farmers --- the numbers are increasing by the day despite the fact that they have been under the open skies, away from their homes for over a month now---mincing no words in exposing the ruling dispensation for its anti-farmer policies.

It’s interesting how it has taken the sons of the soil to remind the country of the Preamble of the Constitution and indeed the tenets. The young woman on top of a tractor saying that they will drive to Parliament, we have a right to, is an assertion of people's power to which the Indian Constitution is pledged. The two young school children, grandkids of farmers, have tears in their eyes when they speak of the struggle to make their voices heard, with the little girl saying she will never want to be a Prime Minister but yes will be a human rights lawyer. The old farmers who sit with stoic faces, and bring immense support with just their presence to the movement. The ex-servicemen, all sons and fathers of kisans, camping alongside to point out there is no difference, and we are all one.

The farmers will usher in the New Year on the highways on the outskirts of Delhi as they wait for the talks to bring results. This is a display of democracy, an assertion that heralds in a New Year of hope that the Constitution lives in the veins of India’s masses, that they ---the workers and the farmers---live it on a daily basis, and know that their future is linked to freedoms and rights. And that despite the efforts to create disunity, they have never lost sight of this fact.

This then has generated true hope amidst the assaults on democracy that gives new meaning and new cheer to a Happy New Year! 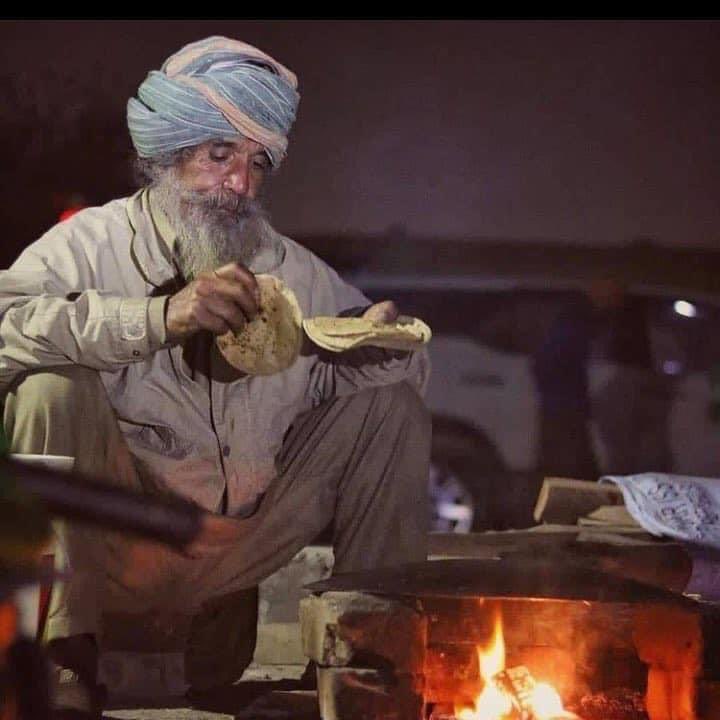