A Tide of Farmers Submerges Acts of Parliament

He was revered as the ruler of everything he had surveyed. The legendary King Canute commanded the incoming tide to roll back, not to wet his royal feet and robe. To the embarrassment of his courtiers, the sea did not obey, despite the divine power of the king. The legend survives because it speaks truth to the arrogance of power nurtured by flattery.

Modern democracies do not bestow divine power to its democratically elected leader. But it gives him (or her) a chance to become a despot, not a dictator. He rules democratically by laws passed in the parliament.

Despotic tendencies in democracies are a new breed conveniently coming up especially these days under the cover of the pandemic in several countries around the world. It may be a ghost parliament of sorts where the opposition is absent, it may be the Parliament suspended in the name of say health emergency, or it may simply be the habit formed by the heady after-effect of a brute majority enjoyed in the Parliament until the time of reckoning comes again, if it comes at all.

It is now history that the Indian Parliament recently enacted three farm bills which has set off tides of protests by farmers led mostly by farmers from Punjab, Haryana and western Uttar Pradesh, and more joining in increasingly from many other parts of India. They want the three farm laws to be repealed, and want in its place a written reasonable minimum support price law, not an unwritten verbal assurance for all essential agricultural commodities. The government is unwilling.

The incoming tidal wave of protests was about to reach the throne of the democratic leader and wet his feet and robes, but was stopped by force. Not the farmers, but the government in power ordered its police to dig trenches on national highways, used barricades and water cannons. And yet, the waves of protest did not die down; it only began to rise and consolidated peacefully at selected points of entry at the border of the capital. The resistance is getting more and more massive, and spreading to distant parts of India.

The leader says he is misunderstood. The laws are meant to bring in prosperity and double the income of the farmers in a couple of years only if they follow his lead. His courtiers and advisors too believe in the magic of the marketplace. Minimum support price is a hindrance to prosperity, only a free market can deliver.

These three laws are designed to create a free market. This would be a free market in which Mr. Ambani’s team is keen on expanding its retail outlets of agricultural products , or Mr. Adani’s men desperate to fill up the already constructed silos with grains will bargain over the price with farmers most of whom own less than a couple of acres of land.

Moreover, in case of disagreement, not the civil court but the central government which passed the law in the first place will give the verdict. And, the states where the land is geographically located, will have no say either. It will be the Central government which passes the law, executes it and settles disputes, absolute concentration rather than separation of power in a federal democratic set up envisaged in the Indian constitution.

The farmers say they will have none of such laws, but the leader in a solemn voice says over and over again in the media he is being misunderstood. His courtiers and paid pundits repeat passionately through the big media that, indeed, the leader is being misunderstood. The reason might be Pakistanis, Khalistanis, Maoists, and urban Naxalites along with opposition political parties, perhaps all of them infiltrated by those various dangerously separatist elements. They are misleading the innocent farmers.

This is not the first time. The Muslims misunderstood the CAA. The Kashmiries did not see the beauty of repealing Article 370.Trades pretended not to understand GST. The poor somehow eking an existence did not understand demonetization, nor did the migrant worker understand and appreciate the sudden lockdown which was more effective in destroying them than the Covid virus. Nevertheless the leader leads resolutely to make the country great in every way.

He is understood only by the real patriots (‘deshvakts’), and opposed by the traitors to the country (‘deshdrohi’). He is criticized by those (the tukra-tukra gang) who want to shred our ancient glorious Hindu Rashtra in the making. They do not really belong to this country because they are alien to its culture, and it's grand, scientific tradition which transformed the face of Lord Ganesh to that of an elephant through plastic surgery, where the ancient wise men(Rishis) had found out long ago how by making noise with the utensils and lighting candles you could win the war against epidemics in a few days.

We cannot say for sure whether all his courtiers, his ministers, his pundits and the mainstream media agree. They certainly do not show any sign of disagreeing. Flattery not understanding, loyalty not questioning, subservience not dissent is the name of the only game that is to be played in this politics.

Viking king Canute ruled most of Scandinavia and conquered by force Britain. Most historians claim he was actually a wise ruler, too wise perhaps to believe in the unlimited divine power of the king. He understood that forces far stronger than any royal order guided the course of the incoming tide. And indeed, on that day his throne was placed next to the sea only to demonstrate this wisdom. He understood the motivated flattery of his courtiers tended to hide simple wisdom.

This sea side episode was a simple, yet powerful demonstration of his ‘man ki baat’ to his courtiers and to his subjects. That is why it has stayed in history after a thousand years, and has become a legend. To understand the simple truth that the tide is stronger than royal order was the wisdom of his time.

The wisdom of our time is that the might wave of a massively popular tide is more powerful than any act of Parliament. Is there wisdom in our time and country to accept it gracefully? 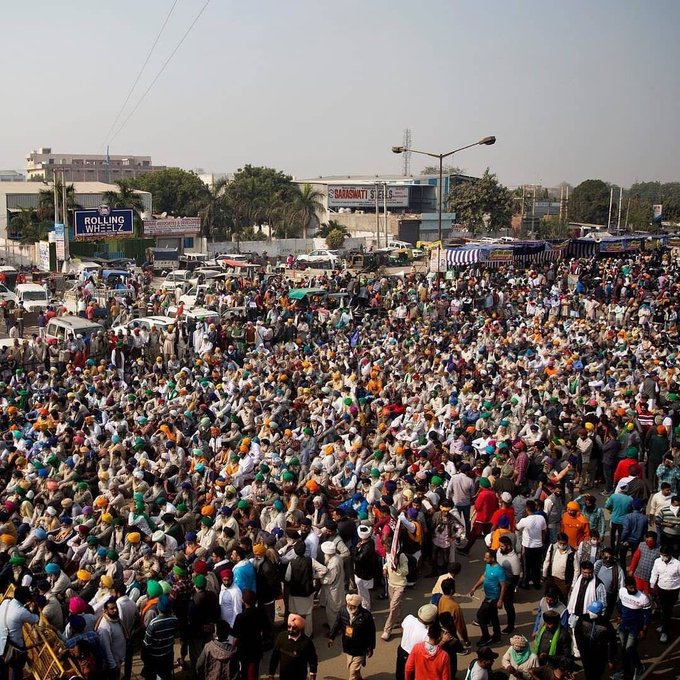 Army Day - Of Cariappa And His Ilk 12 hours ago