Towards a Fairer Model of Farming

We have forgotten how to work together

The farmer struggle begun in Punjab is unique in many respects. It has succeeded in uniting farmers from most parts of the country and gained the support and participation of many different sections of society, and from political leaders in developed and developing economies.

To my knowledge there is no other equal example of such a peaceful and democratic farmers’ struggle in the history of the world.

It has now become a people’s struggle.

It has conveyed many economic, social-cultural, political and other messages and shown that people can survive only by striving against injustice, by fighting for their rights and those of others, by witnessing the survival of human beings.

Living human beings, who wake up and fight for their rights – the struggle clearly indicates that different initiatives are needed on the part of the Union and States, as well as farmers themselves, to resolve different problems.

One of the most important initiatives to be taken by farmers at their own level is to engage in cooperative farming.

Due to scarcity of foodgrains in the country during the 1960s, the Union government had to resort to importing foodgrains from abroad, finally importing grain from the United States under PL480 at a high cost to the country.

To get rid of this problem, New Delhi decided to adopt ‘New Agricultural Technology’ in the country. Although this technique resulted in a huge increase in agricultural productivity and production, which was maintained for a long time and named the ‘Green Revolution’, it turned to individualism and materialism, heedless of ecological destruction, bringing farmers’ sociocultural relations to a very low ebb.

They forgot to work together. Awat, Widhi, Saanjh and the struggle to solve problems were forgotten.

Thanks to the hard work of farmers, agricultural labourers and rural artisans, the New Agricultural Technology led to the Green Revolution, where no stone has been left unturned to fill the Central Pool of Foodgrains.

However, the agricultural policies of the governments, especially the Central Government, have created many insurmountable problems for these sections, resulting in their deprivation and forced exit under a mountain of debt, forcing them to live a life of extreme poverty and hardship – forcing them into suicide while giving up all hopes for life.

These problems are getting worse day by day. The three new laws are intended to aggravate them, and take over the agricultural sector for the corporate world.

These laws are awakening the farmers from the deep sleep of individualism and materialism. It highlights the role of governments in combating anti-farmer agricultural policies and in coordinating, contemplating and adopting cooperative farming.

Before learning about the needs, prospects and benefits of cooperative agriculture in India, it is important to have a brief look at the farming systems operating in different countries of the world.

Under the capitalist farming system, the size of the farms is very large and most of the agricultural work is done with machines. Agricultural labourers are employed to use machines and do other ancillary work. The adoption of modern methods of agriculture under this system and its massive use of capital are likely to result in higher levels of productivity and production – and greater ecological damage – resulting in higher levels of surplus commodities to be sold in the market.

The biggest disadvantages of this system are rising disemployment, socioeconomic inequalities, and disturbances to peace, the main objective of such production being profit etc.

Under the smallholder farming system, smallhold farmers usually engage in subsistence farming with the help of family members using traditional farming methods. Here employment opportunities are high and inequalities are very low, but the surplus to be sold at market is also very low, and with the low income the farmers’ standard of living also remains low.

Under government farming, land and other means of production are owned by the state. The size of farms is large and modern methods are adopted. One of the main objectives is to meet society’s needs – which include producing new seeds, multiplying them and providing them at subsidised rates for the welfare of farmers. Inefficiency and the corruption of government officials and employees are the main problems in this system.

Collective farming, the method generally adopted in socialist states, enforces collective ownership of land and other means of production. The system may have more potential than government agriculture, but for a variety of reasons, the collapse of socialist regimes in many countries, and a lack of motivation for hard workers are major difficulties.

Among the various forms of cooperative farming, cooperative joint farming is worth serious consideration. Here, farmers cultivate their own land. Land ownership remains private and all the agricultural work is done by farmers together.

Membership in the system is voluntary. Profits are distributed according to the remuneration and size of the work done. Committees are democratically elected to work under the system.

As a result of the aggregation of landholdings, modern methods can be adopted for large scale farming, giving it the potential to increase farmers’ income and raise their levels of living.

Although state-sponsored cooperative farming has been criticised for not producing very good results in India, we have many examples of the remarkable success of cooperatives in the field of agriculture.

A study conducted by Professor Bina Agarwal reveals that in Kerala more than 68,000 groups of four to ten women each are engaged in cooperative farming by taking land on contract.

It has transformed these women’s lives.

According to the study, the productivity per hectare of women’s cooperative agricultural holdings in Kerala is 1.8 times that of private holdings (95% male managed farms) and their net income is five times higher.

The cooperative agriculture undertaken by the Dalits of Punjab on their share of one-third of the Panchayati lands on contract basis has increased the income of these families and provided them with year-round foodgrains, green and dry fodder, and vegetables. They are able to live dignified lives.

According to Sikhism, the mouth of the poor is the Guru’s golak. This should be the aim guiding cooperative farming. Lower farmers can solve many of their problems in this way by consolidating their lands and other means of production. If these farmers knew their neighbours or each other, they would have a better chance of success.

Such farming will not only increase production and income, but also strengthen social values. The main message of cooperation, ‘All for One and One for All’ will lead to a thriving livelihood for farmers.

Given the important role played by Dalits, women, agricultural labourers and rural small artisans in the great success of the ongoing struggle, large farmers must play a big role in cooperative farming to help these dispossessed sections. It will help improve the socioeconomic well-being and political participation of the working classes.

In addition to cooperative farming, agro-processing, natural farming and sale of various agricultural products near their farms, by setting up booths in towns and cities, will increase the employment and income of farmers. It would also provide fresh and better farm products at low prices to consumers.

Cooperation will also lead to great strides in agricultural services such as rental machinery, machinery repair, financing and more.

Land reforms will definitely make a significant contribution to the success of cooperative farming. 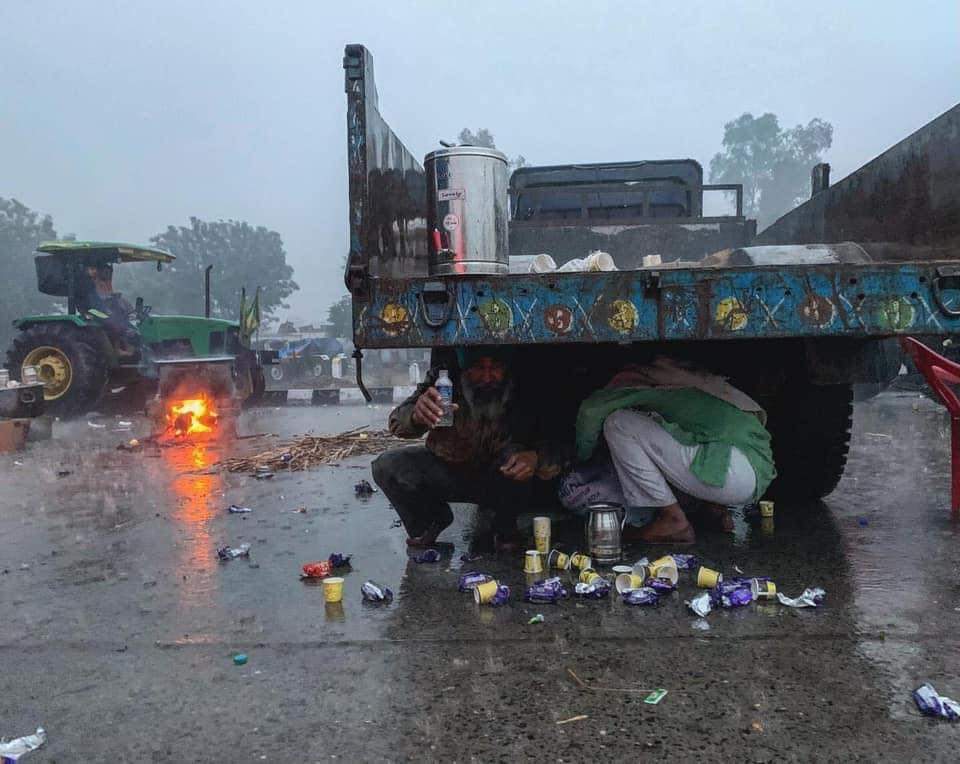 Dr Gian Singh is former professor of economics at the Punjabi University, Patiala