The American media, and powerful sections of it, are holding the Republicans and other captive channels accountable for the attack by lumpens on Capitol Hill. Truth is being brought to power as even those Republicans who have hastened to move away from the Trump incited attack on Washington’s citadel of power, have been brought under media scrutiny for not stopping the US President earlier.

The assault on American democracy while being condemned, is also being supported from within. Polarisation effected by Trump and the Republican Party along with sections of the media is now visible in a country that always prided itself on infallible democracy. That Trump was able to chip away at it surely and steadfastly has brought America up short, with the citizens wondering aloud how matters had been allowed to come to such a pass. And naturally fingers have started pointing at the institutions, individuals and the Republican party itself for encouraging the White supremacists and fanning the flames of violence.

Fortunately, this happened towards the end and after the US elections with Joe Biden well in place to take over as per schedule. However, there is a nervousness emanating from media columns and discussions about the next few days, and the ability of Trump and his supporters to do more damage to American polity. That Republicans are not prepared to impeach the President recognised as mentally unsound by most sections of society, is an indication of how deep the rot is now. And how difficult the task will be for Biden and his team to get out of the morass, and restore American democratic institutions to former levels of health.

Importantly, there is a growing realisation in the US that its democracy is fragile, and the threat is from within more than without. The electoral campaign did much to rest the bogeys of Islamophobia as well as the prejudice against African Americans as a national weapon. The Democrats and the independent media were compelled to tackle these issues up front after Trump and his supporters seized the White supremacist end of the stick. And Black Lives Matter did not just dominate the streets but also the discourse with the Democrats promising to work for a just and equitable society.

Biden, thus, has come to power against the background of democracy and rights. The attack on Capitol Hill has brought home to the US visions of fascism that has clearly become a major cause of concern in America that was over the past years looking only at Islamic terrorism. The discourse has changed to focus on the threat of fascism that has been brought not just to the door but inside the room a la a US President. This shock will colour the Biden Presidency as he will be compelled to deal with the internal threat, as well as fight fascism that rears its head in other parts of the world.

This is the path that Trump and his supporters have set for the new American President with the support of the majority to ensure that it is trampled even as democratic institutions are strengthened. The complexion of the new government, with members of the team having been selected already, will not allow any tolerance of fascism with the heat being felt by authoritarian regimes in time. Simply because for Washington the within is rolled into the without and now that prejudice and bigotry have led to the threat of fascism as American commentators are describing it, the last can be seen as the new bogey for the Biden government to quell. 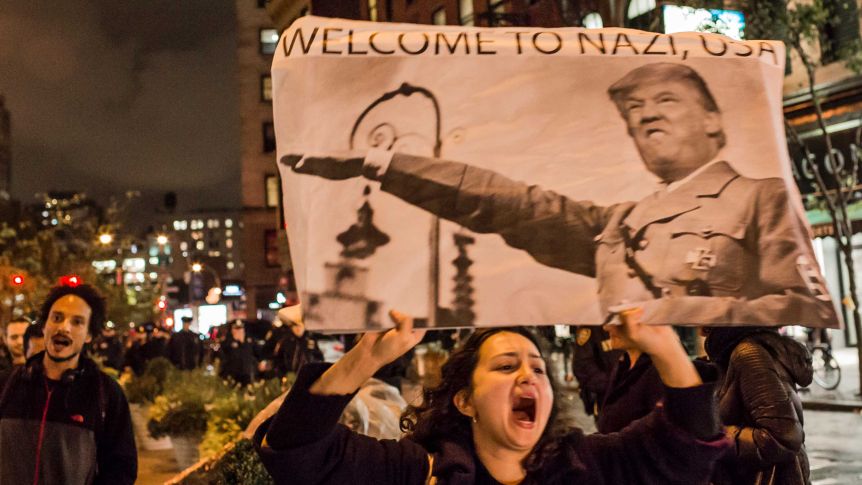