In the Summer of 1942, then recently promoted to ‘Lt Col’ KM Cariappa, raised and commanded an Infantry battalion (7th Rajput Machine Gun battalion, later 17th Rajput Regiment), as the first Indian officer to do so – the first of many ‘firsts’ to the name of the legend, Field Marshal KM Cariappa, OBE.

Army Day (15th Jan) commemorates the taking over of the first Indian as the Commander-in-Chief of the Indian Army. An unprecedented backdrop surrounded the event with an unusual refusal to accept the leadership post by another Rajput Regiment officer, Lt Gen Nathu Singh, who insisted on ‘Jangi Laat’ (Regimental pet name for Field Marshal Cariappa for his classic warrior-like mannerism), owing to his seniority and requisite capability, an unthinkable gesture of magnanimity and correctness in today’s times.

India owes the established doctrine of civilian control over the military, and therefore the healthy thriving of democracy, to Field Marshal KM Cariappa, who ensured the post-independence workings very differently from that in the neighbourhood. The apolitical, professional and avowedly constitutional insistences of the hallowed institution owe its formative embedding to the likes of Field Marshal Cariappa, who afforded the dignified ‘distance’ of the ‘barracks’, from the political throes of the time.

Field Marshal’s offer to resign on Nehru’s insistence on inducting former Indian National Army personnel, while readily integrating ‘Jai Hind’ as an institutional salutation, laid the ground rules to the extent to which the political class could interfere, and where the professional calls would hold fort. It could be well argued, that this institutional ‘distance’ worked to the subsequent detriment of the Armed Forces, as its diminishment in the national precedence and priorities slid hereinafter, but the nation was certainly protected from the more deleterious possibilities of over politicization, of its sword arm.

Army Day is now freighted with huge symbolism and celebrated befittingly, at the Cariappa Parade Ground. Gallantry awards are presented to the bravest-of-the-brave, amongst what is arguably the most combat experienced Defence Force, in the world. As the Indian Soldier continues defying odds of nature, material and numerical wherewithal, or even, psychological imperatives to do the impossible, routinely on the borders.

Year after year, the sheer number of ‘officer’ fatalities in combat operations testifies the highest ‘Officer-to-Soldier’ fatality ratio in the world, which is an unparalleled Indian Army culture of ‘leading from the front’.

It is important to understand what besets such institutional constructs, that underlies such phenomenon? It has everything to do with the uninterrupted regimentation, ethos and professionalism that has been systematically drilled and re-drilled into the institution, by the Cariappa’s, Thimayya’s, Manekshaw’s, Hanut’s of yore. The unique and definitive attribute of this class of leadership was its ability to hold its own opinion, steel and ramrod posture, in the face of any political or other pressures.

Army Day is an opportunity to ‘stock take’, reflect and measure the reality of today from the envisaged aspirations of the founding Military leadership, who shaped the institution’s internal health and destiny. In hindsight, not only were they thoroughbred ‘constitutionalists’ who practiced the liberal, secular and inclusive ‘Idea of India’, but were often ahead of their times.

Field Marshal Cariappa was a product of his times, certainly anglicized in demeanour, but a tireless patriot to boot – his visionary concept of ‘All India’/‘All Class’ recruitment into the Brigade of Guards, was a subtle nudge towards ‘inclusivity’, stripped of any political grandstanding or accomplishment. His role in galvanizing the youth towards meaningful patriotism via National Cadet Corps (NCC) or the Territorial Army (TA), were profound in their import, again without any partisan overtures.

The dismissal of three senior officers for ‘Non Officer’-like conduct, or his polite but absolute refusal to partake any personal favour towards securing his own son’s release from Pakistani jail (a fighter pilot who was shot down in 1965 Indo-Pak war), became the standard-bearers of integrity, propriety and fairness, that held the institutional culture in good stead.

But the ‘Pukka Sahib’ had a sense of timing, destiny and history in his personal sensibilities, as he could marry the best of the uncompromising traditions with the necessities of evolutionary changes, albeit, with seamless efficiency and foresight. Such profound and transformational leadership was not blinded, fixated or compromised to any personal or situational exigencies.

To his own battalion 17th Rajput, Field Marshal KM Cariappa gave the motto, ‘Barhe Chalo’, which sounds like a typically martial war cry to imply, ‘bash on regardless’ – but at an deeper level, it is a gentle nudge to continuously evolve, progress and improvise, with the times that be. Towards the Field Marshal’s constant endeavour towards ‘inclusivity’, the author as the Commanding Officer of the same battalion in 1982, integrated a diversity of castes and religions, all of whom proudly serve the 17th Rajput (‘Barhe Chalo’ battalion) with much aplomb, dignity and fieriness.

The poignant photo of the 87 year ‘young’ standing absolutely straight and resolute in his beloved uniform, at his investiture to the rank of Field Marshal at Rashtrapati Bhawan in 1986, is a inspiring masterclass in stateliness, dash and élan, with the accompanying underpinnings of sobriety and rectitude, that behooves an officer.

Times have changed, and the security imperatives and complexities have mutated into even more trying challenges – yet the daredevilry at Kargil and at the recent Indo-Chinese faceoff has assured the nation of the fine fettle, that is inherent in its junior-leadership. The nation owes a lot more than condescending platitudes, unwarranted appropriations and theatrical invocations of the institution, as it is a realm of serious considerations and deliberations.

Today with active and wounded borders, it is even more critical to shun the fluff and maintain the seriousness of professional planning, investments and necessary recalibrations. The supposed ‘last resort’ of the nation, is increasingly becoming the ‘first’ or the ‘only’ resort, and therefore nothing that can potentially diminish the sharpness or the glint of its proverbial bayonet, be allowed. Army Day necessitates both celebrations and an honest introspection. 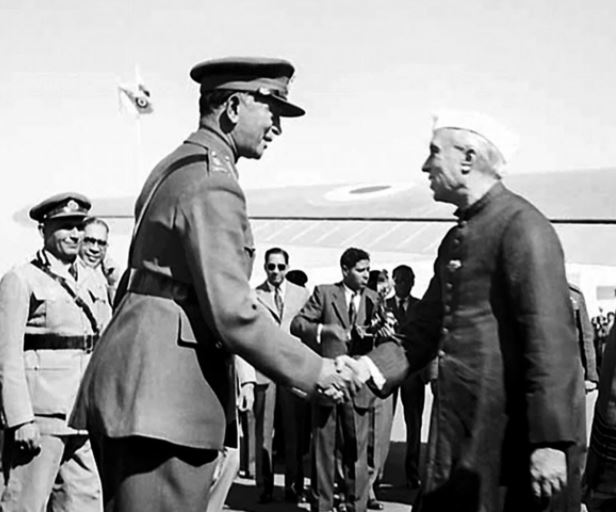 India Pakistan Ceasefire - Why? 37 minutes ago

Manual Scavenging - Not Just Inhuman But a Crime 50 minutes ago