Joseph Biden takes over as the new US President. It won’t be long before the ridiculous South Asian media and, in particular, Indian newspapers, TV channels and the like, begin tom-tomming the appointment on the Biden White House National Security Council staff of former US foreign service officer Sumona Guha as Senior Director, South Asia, and Tarun Chhabra from Georgetown University as Senior Director for Technology and National Security.

Two women of Kashmiri origin too have found a place in the senior ranks of the incoming Democratic party dispensation. Sameera Fazli, who led the Biden-Harris economic transition team will be Deputy Director of the National Economic Council and Aisha Shah will move over from the campaign staff to be Manager Partnerships in the White House Digital Strategy unit.

These appointments will be hailed as a diplomatic boon for India when the record of Indian-origin US admin staffers suggests they are usually more critical of, and severe on, India than other Americans. Realistically what’s in the offing is that this country’s interests are going to get it in the neck!

Here’s why. The Modi dispensation’s greatest vulnerability is that it is tough on India’s Muslim minority community, and that it finally did what previous Indian governments had shied away from doing, namely, ridding the Constitution of Article 370 bestowing special status within the Union for Jammu & Kashmir, thereby finally and fully integrating Kashmir into the country. Moreover, it permits all Indians to enjoy the same reasonable rights of domicile and residentship in Kashmir as Kashmiris who have settled down in other Indian provinces do.

Donald Trump’s Islamophobia that virtually saw the gates to the United States closed to all Muslims was in sync then with the Modi government’s internal political and electoral leanings. This removed the troubling trifecta of issues of human rights, religious freedom and treatment of minorities that Modi’s “Friend Barak” had flagged during his Republic Day foray some five years ago, and which has perenninally been the source of discord between Delhi and Washington, from contention. Because during the Trump presidency these issues were missing from the bilateral agenda, it enabled the kind of personal bonhomie between Modi and Trump.

The Modi regime could brush off the occasional embarrassment of, say, the US Commission on Religious Freedoms putting India on the watch list only because the Trump White House didn’t give a fig about Muslims generally and even less about how they were treated in distant India as long as the Modi regime kept placating Washington with its default option of buying more and still more Lockheed C-17s and C-130J transport planes for the Indian Air Force and Boeing P-8Is for the Indian Navy in a series of multi-billion dollar deals that kept the US defence industry humming.

The situation has turned over. Consider this: There will now be a laser-focus on human rights issues by the Biden Admin that had so far been ignored. This incidentally gells with Biden’s domestic agenda of catering more fulsomely to his black, Latino and immigrant sections of the American society.

Guha at the centre of Biden’s South Asia-related foreign policy initiatives will begin coordinating the separate human rights initiatives that Kalathil in the independent human rights agency and Zeya at State Department and their staffs will in the next four years, at a minimum, put together.

These will be measures to pressure the Modi government into backing off from its illiberal stance on minority rights and to go easy on pet Hindutva themes — cow slaughter, love jihad, etc. — the sort of exotic issues that readily catch Washington’s eye.

All the diplomatic tap-dancing by foreign minister S Jaishankar around these sensitive subjects won’t impress these more worldly-wise Indian-origin types in Biden’s advisoriate much.

Biden will stick to Trump’s China policy contours for the nonce if only because the rightwing ‘insurrection’ staged at the Capitol last week has Washington establishment agog. Moreover, his priority to get speedy US Senate approvals for senior appointees to his cabinet, and to undo and reverse a whole slew of Trump’s executive orders will keep the new President preoccupied for the better part of the next six months.

So Biden is unlikely to pay India much attention other than as the latter impacts Afghanistan, and here what transpired during NSA Ajit Doval’s recent quick trip to Kabul will evince US interest. This six month window also affords the Modi regime the time to clean up its human rights act.

Vice President Kamala Harris notwithstanding, what will not happen is that the switch will suddenly be thrown for India to benefit from a gush of high-value US military technologies, etc. Fact is Chhabra, liaising across the corridor with Guha, will be just as stingy on allowing high-technology transactions with India.

This has been the US establishment posture since Reagan’s days in the mid-80s when the ice was broken and the then Defence Secretary Caspar Weinberger on his trip talked of India being given open access to US military technologies only for Delhi to discover that the promised flood was but a trickle and then India had to jump through the hoops for it. This is still the case.

Indeed, the US may, in fact, demand from Delhi a whole lot more on the human rights front and trade concessions beneficial to America than is politic for Modi to give. Indeed, with Biden echoing Obama’s ‘in-sourcing’ mantra, the likes of Fazli will flesh out incentives to US companies to shift their manufacturing base and capital investments from China, not to India, but back to the US. And because, like in everything else, the Indian government maintained a tardy pace of reforms that has not to-date motivated global investors to move heavy monies into India or to set up their production hubs here, the window of opportunity that was open for awhile during the Trump interregnum has closed.

The aim of the unprecedented declassification and release of a policy paper by the White House only days before Trump’s departure — ‘US Strategic framework for the Indo-Pacific’ laying out the American policy for Asia was, presumably, to lock Biden into China Trump’s policy.

Minor details aside, Matt Pottinger, who drafted this document and was Trump’s main in-house adviser on the Indo-Pacific, expects that Guha, et al will, for instance, conceive, as his paper does, India as “a counterbalance to China” and incline towards building the Indian military up just so it is able “to effectively collaborate with the United States”.

Considering Modi has given no indication of letting go of the close relationship developed with Russia over the decades anytime soon, what does this mean? Well, the tension will come to a head sooner than later when the Countering America’s Adversaries Through the Sanctions Act provisions kick in. India will likely be sanctioned for buying the Russian S-400 air defence system in the face of some quite considerable push from the US against it.

The Guha-Chhabra team will insist on the Trumpian condition of India needing to ease itself away from that particular contract. That won’t happen, so it will leave bilateral relations up in the air.

Incidentally, for the same wrong reasons there is elation on the other side of the Radcliffe Line. Pakistani media are glowing with reports about Pakistani-origin Americans as Biden appointees. The most significant among them is Salman Ahmed as head of Policy Planning in the US State Department. In policy importance terms, Ahmed outranks Guha and all the other Indians. There’s also Ali Zaidi, who will assume the post of Deputy Adviser on Climate to Biden.

The worst case for the Modi government will be if the Guha-Zeya-Kalathil emphasis on human rights and Kashmir segues with Ahmed’s thinking on the subject, and Aisha Shah from the White House expertly uses the social media possibly to undermine Modi politically.

Further, “cross border terrorism” will resonate even less with the Biden government than it did with the Trump Admin for the reason that no one on the US side will be other than reluctant to conflate terrorism with Pakistan. To top it all, Delhi will be pressed to sign the Comprehensive Test Ban Treaty — something Obama had continually stressed. With Biden set to continue with so many of Obama-era policies, South Asia will be no exception.

These developments at the America-end combined with the Modi-Amit Shah duo sticking fast to their position at the India end will mean bilateral ties going south fast.

Bharat Karnad is a defence and strategy analyst 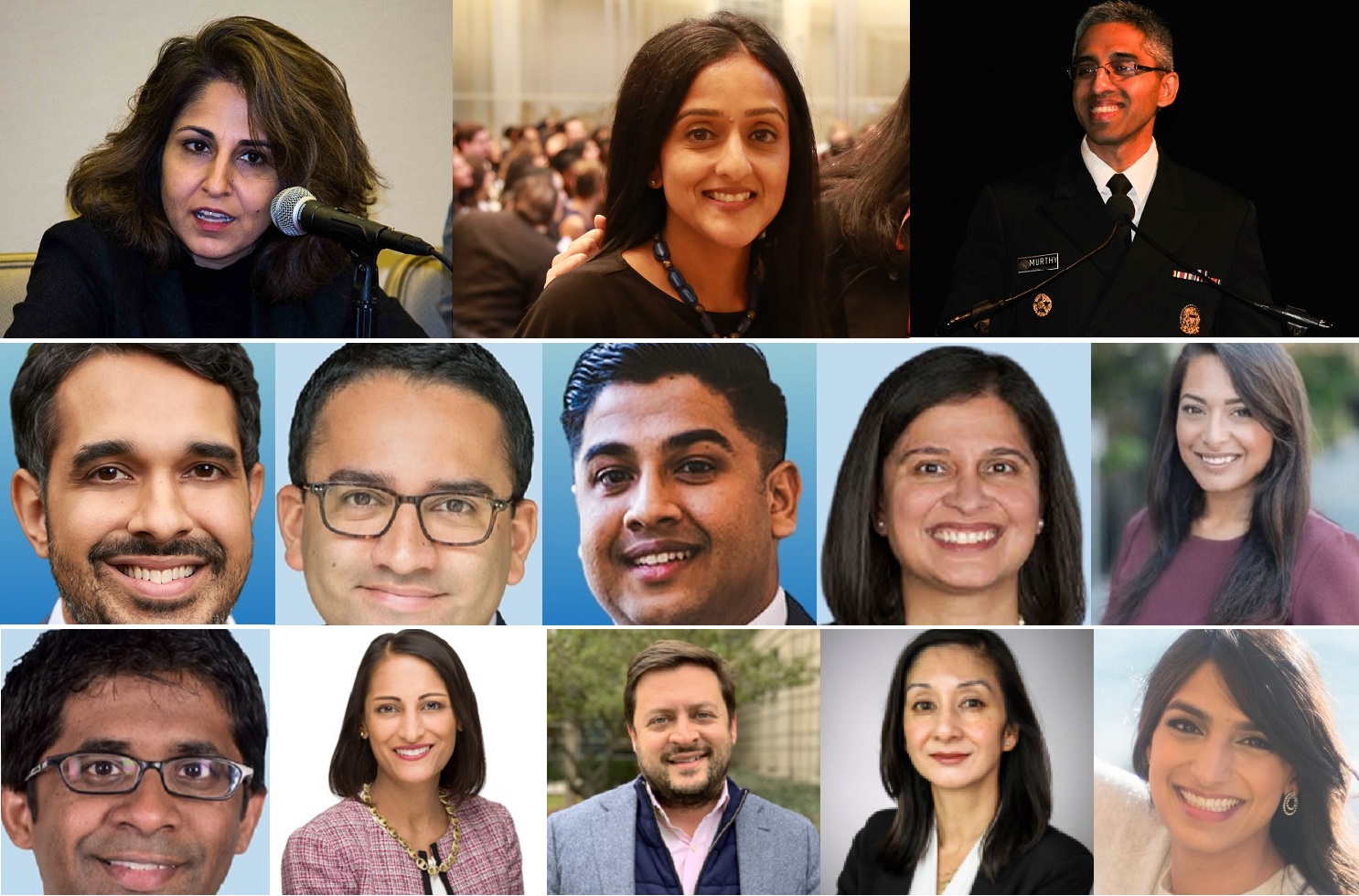