Bidens challenge is to set right US finances.

Tom Friedman is a New York Times columnist and a three time Pulitzer Prize winner, and is the world's foremost globalization evangelist. A kind of Billy Graham of globalization. His first book "The World is Flat" came at a time when globalization was still in its early days and was seen by many as the wave of the future and a panacea to the world's economic ills.

Globalization is described as the process in which people, ideas and goods spread throughout the world, spurring more interaction and integration between the world's cultures, governments and economies.

But what it turned out in practice is a system where the low cost producers ended up as providers to the gargantuan US appetite for manufactured goods. They got paid in US money, which they promptly invested in US banks or treasury notes. US banking institutions in turn lent most of it to US consumers and companies who then bought more from us with that money.

In 2020 the USA posted a trade deficit of $880 billion. But for the pandemic induced economic contraction this was headed for a trillion dollars. This is the money the rest of the world salivates for. The US dollar is the worlds most trusted and preferred currency. That is directly related to the rest of the world’s confidence in the US system and its credibility.

Is it any surprise then that 66% of the worlds reserves are held in US dollars? Even China holds almost $3 trillion in US notes. India has $548 billion. This cycle of production, consumption, conversion, credit and demand is what globalization has in fact become. Without the USA’s annual deficits the rest of the world will stagnate.

Every thinking American knows that the good times will not last forever. Obama tried to set it right by promising to narrow America’s trade deficit or possibly ending it in ten years by seeking to make the USA business competitive. He planned to make the USA the centrepiece of a new Indo-Pacific trading bloc (TPP) to blunt China’s export surge and burgeoning trade surpluses. He failed. He left the USA with an annual trade deficit of $568 billion in 2016. Then Donald Trump picked up the gauntlet.

He threw out the TPP and sought to beat down China’s growing economic power with a sledgehammer as policy. He raised tariffs and banned many companies and their products. It only ended up with American consumers having to pay more and the US having to subsidise its farmers more as China dropped shutters on US farm products. By the time he was through he left the US with a trade deficit of $880 billion in 2020. Now he has gone and Joseph Biden has to pick it up from there.

The problem with the Americans is that they have the problem defined wrong in the first place. The problem is not about the US sliding into oblivion because its education system is faltering, or its R&D is flagging, or because Americans have ceased to be innovative and finally that China and India are beating it at all this.

Far from being the USA's competitors, China and India are still its under-economies, serving it with cheap labour working on repetitive jobs and repetitive number crunching. The problem with the USA is that it lives far beyond its means and its profligacy has left it as debtor unable to pay its bills by endeavour, but by printing new banknotes. The problem with unlimited printing of banknotes is that the more you print the less they can do.

The American crisis began unfolding when Richard Nixon disengaged the US dollar from the Gold Standard. Remember how we in the ex-colony of the empire upon which the sun never set used to refer to the UK pound as sterling? That was because every British pound was linked to a gold equivalent in weight. That's how world currencies were valued then.

That was the basis of exchange rates. In one fell swoop, Richard Nixon aka Tricky Dicky, unable to finance his twin wars in Vietnam and Cambodia, found a way out. Delink the US dollar from the Gold Standard and put the printing presses at its five Federal Reserves to full use. This had gone on for over 40 long years and the birds have begun to come home to roost.

Its two seaboards, the USA’s blue wings, keep it soaring. In the East the “masters of the universe” have invented an ideology – globalisation – that makes them the rest of the worlds money managers. That money drives domestic consumption with easy credit. That money also drives the relentless innovation in America’s West that drives global production and consumption. It’s the geographical middle with its wheat, corn and soya bean fields, the industrial scale production of poultry, pork, beef and dairy products and with its shuttered factories, that is blaming the rest of the world for its relative penury.

They want to make America great again by making, if not all, but most of the worlds manufactured goods. These need the giant steel mills and chemical plants gushing out industrial material to turn into industrial and consumer products. All those have also bolted. There is little that Biden can do to reverse it. The genie has left the American bottle and America’s industries have mostly gone overseas.

The error in the Friedman analysis is that declining education standards, declining spending on R&D and productivity have led to the American crisis. Obama never tired of stating this. Assuming the US sets right its high school education and the math proficiency of its kids came on par with that of Indian or Chinese kids, would that stop US jobs from leaving for Bangalore or Nanjing?

Despite what Friedman writes, the US will never cede the innovation crown to either China or India. If not the brilliant young techie entrepreneurs US universities churn out, young Indians and Chinese who flock to Silicon Valley and its clones in droves will see to that.

The US will keep innovating. China and India will turn the innovation into goods and services. That is the future, till the house of cards falls down. Keeping it up is Biden’s biggest challenge. 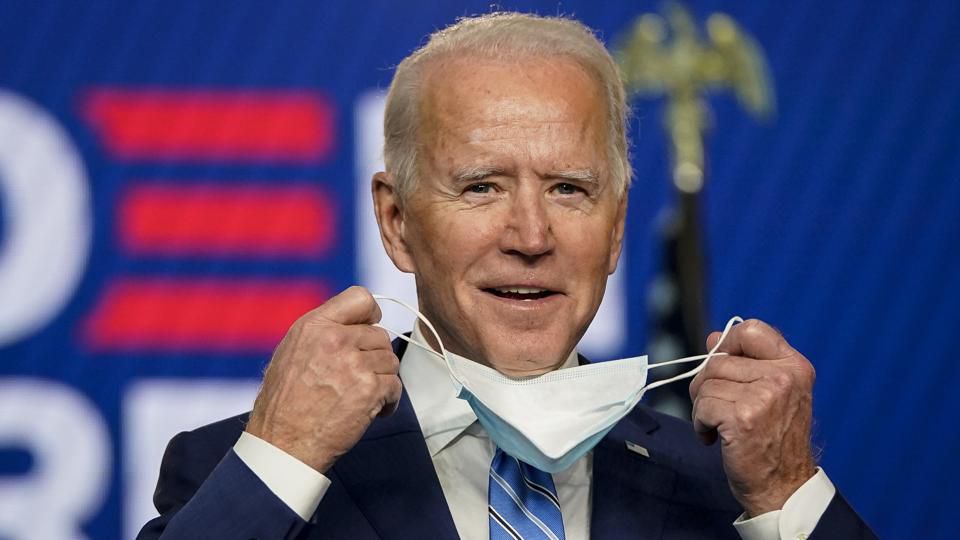