With Moksha (enlightenment, emancipation, liberation etc.) as the ultimate purpose of an individual’s life in society – the entering to the latter stages of Nivritti Marg (age roughly 50—100 years) or onto the ‘path of the monks’, had an inherent conflation to the higher order of consciousness, understanding and beyond-worldliness that afforded natural reverence on those, in it and on the said path.

Therefore, implicit in the time-acquired experience and wisdom were notions of a liberated and wise person, who was above the youthful and perennially small-spirited refrain of, ‘What’s in it for me?’

So historically, the youth were marginalised from leadership roles, be it political, social or commercial, for lacking requisite experience, perspective and empathy that was believed to accrue, only with age.

Societal changes in the Twentieth Century challenged these simplistic assumptions of youth-denials, and posited alternative advantages of youth like vigour, openness, adaptability and innovativeness as the counter adjectives of suitability for leadership. As glass ceilings of various bondages broke with the shattering of imperialism, racism, gender discrimination etc., the ‘youth’ also started entering Parliament houses, corporate boardrooms and other places of responsibilities, in droves.

Though after the initial hoopla and on unfiltered reflection – the tenures of these ‘youthful’ leaders, did not live up to the initial hype, with them faring no better or worse, than the supposedly ‘over the hill’ politicians and their tenures.

Indian politics too had witnessed the advent of ‘Young Turks’ in the 1970’s, Rajiv Gandhi’s eponymous Sport Shoes and Computers till the harsh realities of ‘Marg Darshak Mandals’ of now – the political recalibration towards ‘youth’ and the relegation of the proverbial ‘wise old men/women’ to the backgrounds, was palpable and pervasive, across partisan lines.

Young-India-needs-younger-politicians became the convenient war cry to pursue the generational purge against the ‘old guard’ and ‘New India’s’ unique demographics and its restless aspirations became the justifying placards. Jokes about the ‘Duracell Syndrome’ that afflicted the tireless, ageless and unrelenting geriatrics and nonagenarians, evolved from light-hearted banter to the sharp cold of the political guillotine.

‘Politics is now about the youth’, or so every political party in India claims – but the hard reality of numbers is very different from the public posturing. Indeed, the decimation of the ‘old guard’ has occurred in almost all leadership roles and parties, but the average age of the elected representatives, suggests no such truth beyond leadership positions.

The first Lok Sabha under Jawahar Lal Nehru had an average age of 46.5 years, while the average age in the current Lok Sabha (17th) is, 54 years! Nonetheless, the bogey of ‘youth’ is perpetuated to manage palace-intrigues within all national and regional parties, with really no new shining stars amongst the so-called younger lot exemplifying themselves to be above the regress rhetoric, braving independent views or even having a proficient record against communalism, misogyny, casteism etc. – nothing whatsoever to suggest any difference from the ‘elder lot’.

Across oceans in a decidedly more advanced democracy (even if recent images of Capitol Hill may suggest otherwise), people are reassessing their attitudes towards older people in leadership roles.

These trailblazers of thought and transformational leadership have more in common with the Jacinda Arden, Sanna Marin and Katrín Jakobsdóttir’s of the truly young brigade – clearly demonstrating, ‘age’ is not necessarily a constraint to freshness of ideas, and if anything, it may just bring along the extras of empathy, compassion and a much needed sense of mortality, more easily.

The recent Covid management has exposed the hollowness of the still-not-considered-old ‘nativist strongmen’ across capitals, who surrendered good and scientific sense towards electoral considerations – unlike the sober 66 year old Angela Merkel’s humane, dignified and completely scientific approach to the crisis, stripped of any political theatrics and gimmicking.

Equally, the reverse lazy logic of people of a certain number of years necessarily equalizing to wisdom and perspective is also not true, always – as it depends on the individual’s life efforts to evolve, educate themselves and above all, to the anchorage of their moral compass, within.

The likes of Donald Trump, Robert Mugabe or Nicolae Ceaușescu were well into their sunset years during their respective reigns, yet they do not come out smelling of roses!

Though, it can be argued that those with a heightened sense of residual life have an inert and compelling desire to leave behind a certain legacy, which can have a more nuanced, responsible and prosocial impact on their decisions, that are often less selfish, vile or imprudent towards the future.

Psychology suggests an auto-instinctive human desire to take ‘legacy decisions’ that are borne of latent conscience, morality and stewardship that disallows the dominance of personal greed, profligacy or recklessness. Beyond politics and its ideological fixations, the trinity of the hardly-young Narasimha Rao, Atal Bihari Vajpayee and Manmohan Singh showed uncommon openness, genteelness and profundity of touch, words and action.

These men made some of the most bold, revolutionary and forward-moving decisions, that betrayed the superficiality of age. As only an honest man of legacy like Manmohan Singh could say, ‘History will be kinder to me’! The ‘Shining’, ‘Rising’ or ‘Resurgent’ India is in small measure attributable to the work of wise men and women who could do, and think beyond, themselves and partisan politics.

There was one and only one Republican Senator, Mitt Romney, who broke ranks from his partisan line, in both impeachments of fellow-Republican, Donald Trump – his message each time was to look beyond party politics. The stirring words of Romney to explain his fearlessly independent stance is telling, “Were I to ignore the evidence that has been presented, and disregard what I believe my oath and the Constitution demands of me for the sake of a partisan end, it would, I fear, expose my character to history’s rebuke and the censure of my own conscience.”

He added bravely and movingly, “My vote will likely be in the minority in the Senate. But irrespective of these things, with my vote, I will tell my children and their children that I did my duty to the best of my ability, believing that my country expected it of me. I will only be one name among many, no more or less, to future generations of Americans who look at the record of this trial. They will note merely that I was among the senators who determined that what the President did was wrong, grievously wrong.”

History will bear out, that the likes of Mitt Romney did not diminish his Republican Party in any way, but perhaps ensured its relevance for posterity – because his moral stand was in the clear know of the finiteness of his own life and political ambition.

The political options need not be a binary choice between experience and youth as a ‘either-or’ option, but a more mature, ‘and’ one. There is no silver bullet or golden formula for political leadership – not experience, not youth, not formal education, not courage etc., but a combination of all these qualities personally or within his/her selected team of functionaries who can deliver collectively.

However, in recent times, the dubious sword of ‘old age’ has been flexed too often and perhaps too much, to address one’s own personal insecurities or partisan agendas, as opposed to a truly national or societal agenda. Even the seminal Bhagavad Gita beseeches the wisdom of experience, ‘The ignorant work for their own profit, Arjuna; the wise work for the welfare of the world, without thought for themselves’. In a civilisational land like ours, to not fully tap the profound virtues of ‘age’ in politics and governance optimally, is inexplicable. 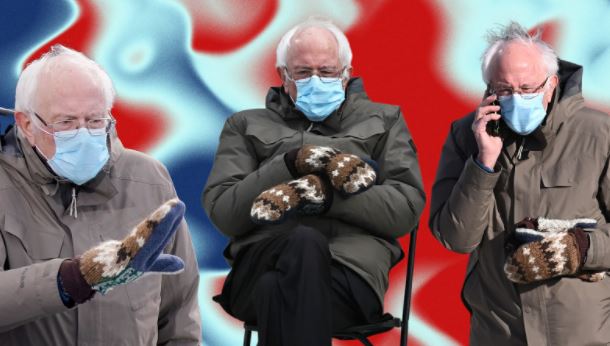