THE kisan tractor march on Republic Day in Delhi was a remarkable and unique mass action. At no time had the capital of India witnessed such an extraordinary protest which involved over one lakh tractors and tens of thousands of people. There may have been bigger rallies in the past but not such a massive protest action.

The overwhelming number of tractors and protestors participated in the march, along the three designated routes, starting from Singhu, Tikri, and Ghazipur border crossings. However, a few misguided elements deviated from these routes and made their way along the Ring Road to the Red Fort. The act of hoisting the Khalsa flag was a provocation. One outfit, the “Kisan Mazdoor Sangarsh Samiti” which gave a call to go to the Ring Road, is not part of the Samyukta Kisan Morcha.

The significance of this mass mobilisation and peaceful protests cannot be undermined by the actions of some fringe elements. The BJP, the tame corporate media and certain opposition politicians have condemned the Red Fort intrusion in a manner meant to discredit the kisan movement and the farmers union. It is necessary, therefore, to put things in perspective.

This unique mass mobilisation was possible as people and tractors came from every village in Punjab, from large parts of Haryana and the districts in the Uttar Pradesh bordering Delhi along with contingents from different parts of the country.

From the outset, when the three farm ordinances were promulgated in June, there was a rising groundswell of protests in Punjab and Haryana. There has been a spontaneous response to the five month-old struggle led by a coalition of farmers’ unions which goes far beyond the influence of these organisations. The participation of ordinary kisans and their families and whole village communities has given an elemental force to the movement which is not within the control of any organisation or leader.

That is why the effort to blame the farmers’ unions and their leaders for some of the untoward actions of some misguided elements is motivated by the desire to discredit the movement. It will be soon evident, who were the forces behind the efforts to mislead a small section of the protestors. The Samyukta Kisan Morcha has firmly condemned these elements and reaffirmed their commitment to continue the movement peacefully.

It is also a dishonest ploy to talk of rioting and violence. Even the misguided protestors were only seeking to make a point by entering the city. There were no attacks on public or private property, looting of shops or any physical violence against ordinary people, except the vandalism in the Red Fort. There were a few clashes between the police and the protestors when the former tried to control the movement of those who deviated from the routes prescribed.

With the focus on events in Delhi, it should not be forgotten that the protestors moving from Palwal in Haryana to the Delhi border were set upon and beaten badly by the Haryana police at the Sikri border even though the police had given them permission to go upto the Delhi border. One protestor, a 23 year-old young man, died after a teargas shell hit him frontally which led to his tractor overturning and killing him in the process. The Delhi police also disabled and damaged a number of tractors of the farmers.

For a full two months, the peaceful protests have been going on at the border points involving thousands of men and women, who have braved the cold and inclement weather, determined to see the repeal of the three farm laws. The adamant and unreasonable attitude of the government of refusing to withdraw the laws had led to the situation where the farmers had to organise the tractor march on January 26.

What we saw in Delhi on Republic Day was a display of people’s power – something the BJP rulers are scared of. The attempts to disrupt the peaceful protests and to discredit the farmers’ unions will be stepped up in the coming days. The farmers’ organisations will have to unitedly rebuff such attempts.

The Delhi police, under Amit Shah’s home ministry, have filed FIRs naming nearly 40 leaders who have been negotiating with the government. This is a devious move considering the fact that these leaders were leading the tractor marches on the three designated routes. The Delhi police commissioner while holding the farmer leaders responsible was silent about Deep Sidhu, the man with the BJP connection, who instigated and led the mob at the Red Fort.

January 26 saw tractor marches and kisan rallies in various state capitals and district centres. It was preceded by the big kisan rally from Nashik to Mumbai. There have been kisan and peasant-worker rallies in Kolkata and Chennai last week. The kisans, who are heroically continuing their protests at the borders of Delhi, are not alone. The movement will continue with renewed determination.

The budget session of parliament begins on January 29. The Modi government should move to repeal the three laws in parliament. The opposition must unitedly press this demand. 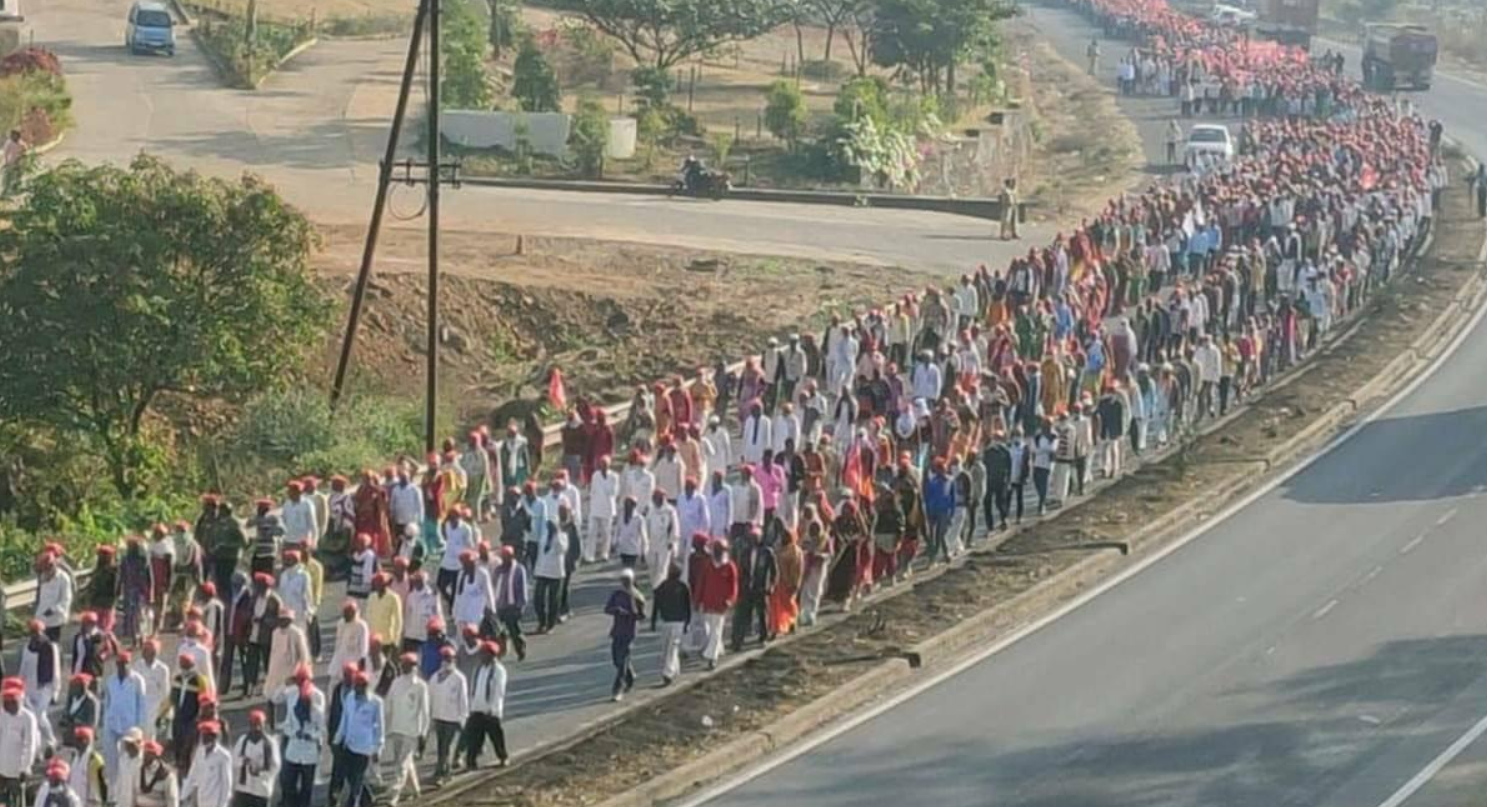