US-India Relations Head Towards a Squall

Every time there’s a change of government in the United States, there is kneejerk reflex here. The incoming Administration is judged trivially by how many Indian-Americans are appointed to high positions. Because President Joe Biden has over 30 of them in important posts compared to Donald Trump, who had less than a dozen, Biden is deemed good for India!

More seriously, the theme of two partner democracies, their values and visions in sync, cooperating to strategically constrain China is trotted out. But things aren’t that simple.

American politics is historically divided into two schools and “styles” — paranoid and liberal. The former is angry, nativist, and exclusionary; the latter more open-minded, inclusivist and inclined to engage with the outside world, and are represented by Trump and Biden, respectively.

Usually, US policies reflect aspects of both corpora of thought. Thus, Biden is as intent, as Trump ever was, for instance, to revive the industrial base at home and generate employment by getting American and international companies that sell their goods in the US to relocate their manufacturing plants to America, and to incentivize “in-sourcing” as a means of preventing well-paying jobs in high-technology sectors from migrating abroad.

This means that for Biden easing up on the H1B visa channel benefitting Indian techies that the Narendra Modi government has been pushing is not a priority; legalizing the status of 11 million undocumented workers in the US, mostly from Latin America, is.

The democratic fellowship thesis, moreover, works better as rhetoric, not when Indian and US national interests clash. Sure, the four actions by the Biden Administration targeting China – inviting the Taiwanese envoy to the inauguration, confirming Trump’s deal with Taipei for 100 Harpoon anti-ship missiles and a bunch of mobile extended range land-attack missiles plus reconnaissance and surveillance drones and sensors worth $4.6 billion, deploying a nuclear aircraft carrier task group to the Taiwan Strait and the South China Sea, and labelling the Chinese pogrom against the Muslim Uyghurs in Xinjiang “genocide”, are reassuring.

Intended or not, they distract Beijing from focusing on Ladakh.

But juxtapose these moves against the new defence secretary retired General Lloyd Austin’s call for “strategic patience” with China and similar conciliatory noises emanating from elsewhere in the Biden Administration and the conclusion is unavoidable that because the US has lots to lose in actual military hostilities, it may indulge in show of force but will happily fight the Chinese to the last Indian, the last Taiwanese, or the last Japanese.

At least Trump was honest in advertising America’s unreliability as ally or strategic partner when he counselled Tokyo to have its own nuclear arsenal and to fight its own fight with China for the disputed Senkaku Islands.

Following that logic, an Indian inventory of tested and proven high-yield thermonuclear armaments obtained by resuming nuclear tests coupled with the threat of contingent first use will permanently neuter the China threat. And, transferring strategic-warhead missiles to countries on China’s periphery as belated payback for Beijing’s nuclear missile arming of Pakistan in the 1980s, will effectively secure the Asian littoral and offshore ramparts.

Except, the Biden foreign policy aims to further non-proliferation goals, which will prevent India from doing any of this, and to realize the Comprehensive Test Ban Treaty, which will result in Washington pressuring India to sign it. As India has all but abjured nuclear testing courtesy the 2005 civilian nuclear deal with the US, Delhi is half way there already; whence cajoling it to walk that last mile won’t be difficult.

After all, the US knows the Indian government buckles easily under flattery or pressure and Indian negotiators habitually give up a lot in return for little as long as India is patted for being a “responsible state” and the carrot of an albeit non-veto permanent seat in the UN Security Council is dangled.

The danger, however, is greatest on the Human Rights front because the charge of Muslims and Dalits being systematically discriminated against in India resonates with Biden’s thinking about empowering the hitherto disenfranchised minorities and the underclass in America.

Indo-US relations are heading into a squall, the Indian government better batten down. 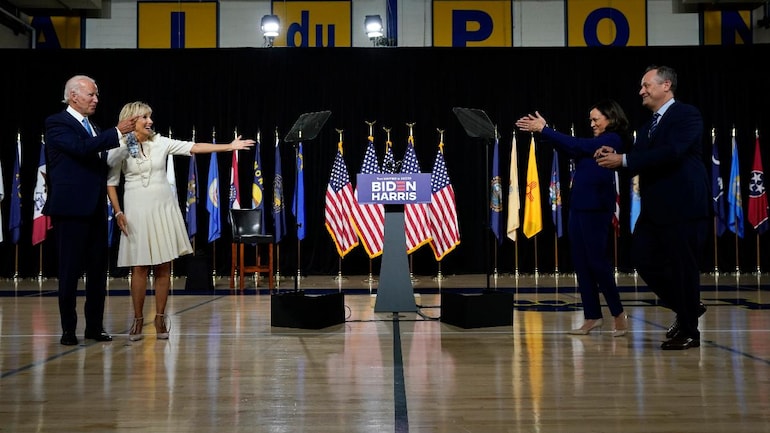