This dazzling Trinamool Congress Party Member of parliament Mahua Moitra has made it to the top of the Lok Sabha charts several times before. But this speech was significant, as it came in the middle of the farmers protests and took on not just the government but by its sheer fire, the dull and rather boring opposition as well.

And such has been her performance in Parliament front the word go, that Moitra had the full attention of the House including the Speaker who seemed reluctant to interrupt and stop her flow.

The sniggers that accompanied her first speech ---also excellent---in the House disappeared into rapt attention as the MPs across party lines listened to Mitra zero in on the farmers protests, and make it clear to the treasury benches that it was now a case of “repeal the farm laws, or nothing”.

A Parliament that now shares a dullness of spirit, with the ruling party as muted on the farmers' protests as most of the divided Opposition, was stirred by Moitra’s passionate speech of conviction and belief. This came through to listeners across the country as the video was shared over and over again with comments expressing deep admiration for the MP.

Two, the argument was not just cogent but steeped in India’s history of independence, the courage of her freedom fighters, and the cowardice Moitra saw on display now. The contrast was effectively built into the script, as she did not hesitate to question the performance of the government and the targeting of farmers.

Three, Moitra’s strong words where she questioned the judiciary and despite efforts by the treasury benches refused to be cowed down. Instead she repeated her charge and traced the factors responsible for what she said was the loss of independence of the judiciary. She might be facing a breach of privilege now although her words about a specific Chief Justice of India are said to have been expunged.

Four, she did not shy away from attacking the media for its propaganda and regretted that journalists doing their job were charged with sedition.

And five, she made it apparent to all the power that Parliament can pack if members pick up the gauntlet; and that most of the others present were barely doing their job. And in that the difference between her power packed punches and the slow ponderous rhetoric that continues to characterise Lok Sabha speeches could not have been more distinctive.

Moitra is an accessible, easy personality who is grounded well enough not to let power go to her head. She remains in touch with the people , and has distinguished herself as a voice in Parliament who does not hesitate to say it as it is, and takes on the government on all issues connected with the people of India. Her words are crisp and direct, her style passionate and emotove, and her attitude courageous and forthright. 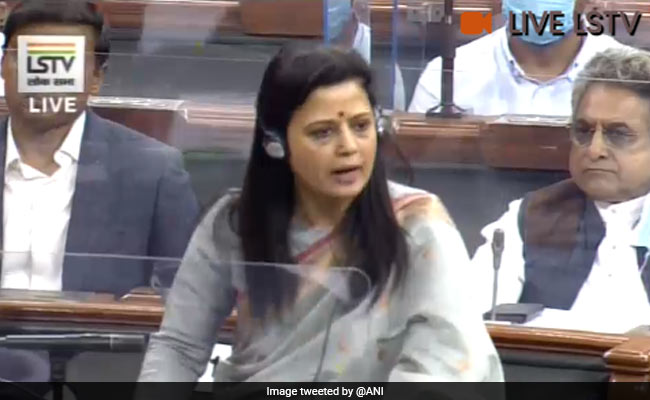