If the Laws Are Meant for Farmers, Why Not Listen to Them As Well?

Since 2014, over eighty thousand farmers have committed suicide. Majority of the farmers in the country have a very small holding of land and given the vagaries of weather, ever increasing input costs and government’s failure to vigorously implement suitable farm policy, which include recommendations, such as that of Swaminathan Committee.

Farmers have been at the mercy of market exploitation. Agriculture when left on its own is not a profitable undertaking and it is variously subsidized across the world.

The farmer's peaceful protest has been on for 80 days now and scores of farmers have died in the course of this protest . There are a large number of women and small children amongst the protesters.The government of Haryana sought to disperse the farmer’s peaceful march towards Delhi with teargas shells, lathi charge and in extreme cold weather with water cannons.

A good number amongst the protesting farmers are ex-servicemen. Many have their sons and grandsons in the defence forces and presently deployed on borders with China and Pakistan. They are ever willing to lay down their lives to protect the territorial integrity of the country.

The government is trying to tire out the farmers in the hope that like the protest at Shaheen Bagh, this too will peter out. It is surprising that the government is not alive to the mental make up of the Indian farmer: his grit and determination.

It may be recalled that farmers were on the forefront of the Independence Movement. If one is to visit the Cellular Jail in Port Blair and scan through the roll of honour of freedom fighters, who willingly and happily kissed the gallows, one will note that they were overwhelmingly farmers.

They were subjected daily to extreme torture and though they could try and seek forgiveness, plead for mercy, beg for release from prison (which unfortunately one from another class did) but not a single farmer ever took that route. One by one they happily walked to the gallows.

A visit to the National War Memorial near India Gate will reveal that those who laid down their lives, in the thousands, in defence of the country, during various wars after independence were essentially from farmer families.

Equally one may remember that when Indira Gandhi imposed emergency in the country, over one lakh farmers courted arrest and another one lakh had to be put on the waiting list, because there was no more space left in these prisons. Therefore, no one should doubt the farmer’s commitment to a cause and loyalty to the country.

The eleven meetings between the government and the farmers did not result in any outcome because the ministers involved had no authority to make any alterations in these three laws. For the agriculture minister to contend in parliament that only one group from one state is involved in these protests, shows either his complete lack of knowledge of what is taking place all over the country, or else a deep seated bias against that one state and an attempt to create division amongst the protesters.

No one is more aware of the sanctity of the national flag than our farmers. It is their sons who every other day, arrive home draped in a Tricolour. Therefore, a farmer is the last person to show disrespect to the national flag.

There appears to be no, justifiable reason for the police personnel to run away from the scene and to escape, jump from the fort ramparts. In the process some of them were seriously injured. Running away from a threat of mere being hit by sticks, amounts to barefaced cowardice. Hopefully some disciplinary action will be taken against them for this act of cowardice.

In the military such an act will for sure lead to a court -martial. In Tripura, a military post was raided by Nagas where four soldiers at the post instead of standing up to the raiders, simply slipped away. They were court-martialed, resulting in their dismissal from service and each awarded four years of imprisonment. I was the presiding officer of that court-marshal.

Over the years the farmer’s income has been on the decline. This is so because of increase in the cost of inputs, such as seeds, pesticides, fertilizers, electricity, diesel, labour charges etc, without corresponding increase in sale price of farm produce. Thus if, 8 years earlier a farmer’s income was Rs 100, now it is less than Rs 70. Still during the pandemic while every section of the economy declined, it is the farmers of India who brought about an increase in farm output and connected economy by over 3 percent.

The barriers that have been erected at the three protest sites to deter farmers from entering Delhi, completely overshadows the Maginot Line, an obstacle system put up by France to deter German tanks from invading that country. It appears as if the administration has simply gone berserk in raising such a complex obstacle system around Delhi, which even tanks cannot get across. The internet was shut down and the water supply to these protest sites cut off, forgetting that peaceful protest is a fundamental right of citizens.

. It is not for us to justify or otherwise the three farm laws, and the consequent need or otherwise of the protess. As veterans, we call upon the government of India to resolve the issue of farm laws without any further delay and spare old men, women and small children the hardship by listening to their voices. If farmers do not want these laws ostensibly meant for them, surely it is worth listening to their arguments.

Perhaps the solution lies in suspending these 3 Farm Laws for a period of 5 years and meanwhile ensure that MSP ( as worked out by the Swaminathan Committee i.e, input cost plus 50% ) for 23 farm products is implemented. After a period of 5 years a set of new farm laws could be worked out in consultation with all stakeholders. A Committee should be with government representatives but also include agro-experts, economists and farmers. 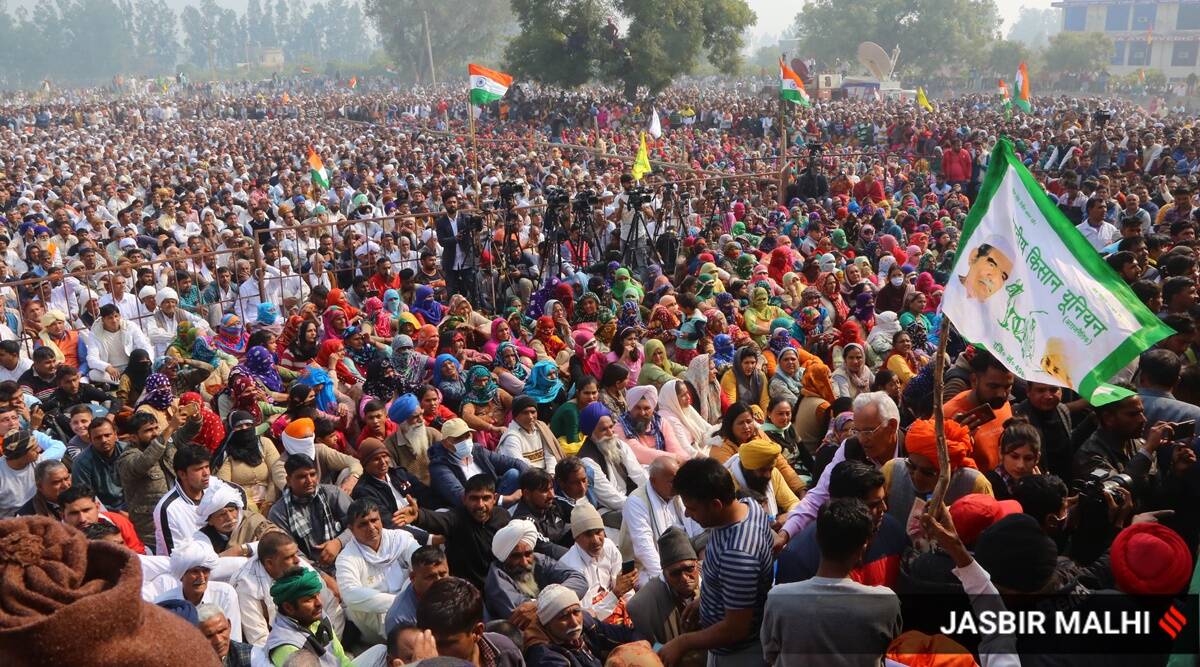