1. The advanced trials of the Chinese Digital Currency, in Shenzhen, like all Chinese initiatives, needs some examination. Digital Currency Electronic Payment, DCEP, with its coming of age party targeted for the 2022 Beijing Winter Olympics, has already established notable milestones. Its rollout commenced in April 2020, in Shenzhen, Suzhou, Chengdu, Xiongan. The recent trials were in the form of 100,000 digital red packets of 200 Yuan each to be spent by 17 Jan 2021.

2. Chinese exclusion of Crypto Currencies, CC, is well known with the banning of Bitcoin and Etherum commencing 2014. It however found the concept useful. Displaying the Chinese penchant for mutation, it has centered the DCEP on Block Chain, which is at the heart of CC, but made it centralized and state controlled. Bitcoin the first CC launched in 2009, used proof of work PoW protocols that have been refined since 1993. PoW and Proof of Service PoS are used in Block Chain, and there are today close to 1800 CC and Token specifications. The most pervasive remain Bitcoin and Etherum.

3. The fundamental principle of CC is that these are exclusively decentralized currencies, outside the sovereign state systems. Each CC or Token domain has their own assigned values, accessible on the internet. These alternate monetary systems that bypass sovereign currencies, has most Nation States twitching nervously. Their legality and recognition is a minefield. They by their nature are associated with the Dark Net and all that is grey in transactions, but not exclusively so.

4. Unsurprisingly a centralized and suspicious Power such as China has kept them off their Nets. The DCEP inspired by CC, but conspicuously different creates a strategic space that is distinctive. It needs emphasis, that upto 16% of the Chinese GDP, is traded electronically as opposed to less than 1% in the US/UK. Well established platforms in China are Alipay and Wechat. The Central Bank in China has however clarified that DCEP will not compete with them. DCEP exchange will be based on Digital Wallets with no bank accounts required, worked into the social credit system. There are about 39 Million Chinese living overseas, many of whom would undoubtedly want to benefit from this. Its overseas utilization, will seek to break US monetary sovereignty, while simultaneously financing entities without international scrutiny.

5. The extended ability to link downloaded electronic wallets to Cards is also a great facilitator. This will permit easy move of finance across borders, without going through international channels. It does not require much imagination on how this will impact our neighborhood, be it Pakistan or indeed Nepal, with its flush of China centric initiatives. More significantly this can also be directed to non state entities and actors. While CC are built on the separation of Money and the State, DECP is structured on the idea of centralized control.

6. This Chinese innovation has to be credited with being able to dominate a niche, occluded from international scrutiny, yet firmly under the control of the State. In the Chinese vision of Xi Xinping, where reclaiming historical greatness is central, DCEP is also a fine facilitator. Given its own Idea of legality and international law, China is unlikely to be constrained by any regulations that attempt to restrict its overseas use. Given its grandiose schemes such as the Belt and Road Initiative, and the Oceanic belt, financing dedicated entities becomes seamless. Further it attacks the Dollar and other international currencies by drawing recipients into the Chinese currency system. Chinese financial stimulus to dark and grey entities as well as fortuitous individuals will slip under the radar of regulations and procedures.

7. China which has shown a keenness to play the high stakes international power game will be able to transfer finance at will, rapidly and freely. The ability to destabilize nations and society through this cannot be underestimated. If the Chinese can describe the recent Coup in Myanmar, as a High Level Cabinet Reshuffle, it’s below the table play can be well appreciated. DCEP when perfected will also provide an ideal route to circumvent sanctions.

8. On the flip side domestically it will lead to greater controls and surveillance on the Chinese population and markets. This is a fine outcome for the Great Leader Xi, whose paranoia for any form of dissent and individualism is well established. It is also an excellent way to weave into the economy 39 Million Chinese expatriates.

9. Once flowing freely, the impact on the Chinese arms bazaar will be considerable. Through the DCEP, overseas flow, recipients will be able to deal in at least two currencies one Chinese and one domestic. This will have its own set of outcomes. Most significantly, we must remember that the Chinese Central Bank is an institution controlled by the Communist Party; it will target and channel the DCEP as directed.

10. While being pegged on the Beijing Winter Olympics in 2022, in all probability, the DCEP will be widely circulated well before. Its consequences will indisputably, impact several countries. China will continue to ensure that we will live in interesting times. 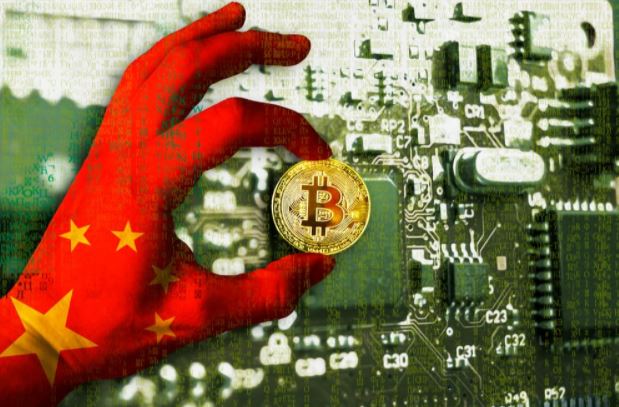