How Much of a Democracy Are We?

We in India have equality in the sense implied in a democracy. We have periodic free and fair elections – at least reasonably free and fair, a somewhat independent media, an independent judiciary and all of us enjoy all the freedoms we believe to be essential to be a free people.

But why then are we unhappy with the system of government we have?

To begin to understand this we must first understand what kind of a democracy we have evolved into.

While in most parts of the country institutions such as the Khaps, Jaati Sabhas and Gaon Sabhas continue to stubbornly exist, their powers and influence has been considerably whittled down by state systems in anticipation of a new system of Government called the Panchayati Raj, a system based on elections by equals and not based on tradition and birth. The PR system never did take root.

Now what happened? Though the Founders of this Republic never used the term “political party” even once in the Constitution, from day one we were intended to be and are a party based democracy. When people elect representatives they are in fact choosing parties.

How party’s function then becomes critical to our democracy. If parties did not function or are not required to function in a prescribed constitutional and democratic manner, the leadership inevitably migrates into the hands of an elite, as we have seen in almost all our political parties now.

These political parties have now factions that come together on the basis of a shared region, religion or caste.

Take each of our many parties. The only party that could claim a pan Indian appeal has long ceased to be anything but an old feudal order presided over by an aristocracy. The alternative that has emerged is only answerable to to a secretive cabal of bachelor gerontocrats.

None of our parties has a formal membership, a formal requirement for membership, forums for participation and articulating aspirations of their communities, facilities to choose leaders by any formal process other than general and often simulated acclaim. We migrated from a system where parties consisted of equals sharing a common purpose and sometimes goals to one where power passed into the hands of a self-perpetuating political aristocracy.

This system is in fact akin to the democracy of the Kouroukan Fouga of the great Mali Empire where clans (lineages) were represented in a great assembly called the Gbara. We had a similar system in the form of the Loya Jirga in Afghanistan. Even the Lichavi democracy in the post Magadhan period was akin to this.

Clan democracies are implicit with concentration of power with a very few and the manifestation of dictatorial tendencies. The bottom up system thus transforms itself into a top down system. Power then flows from a position of power. There is another consequence to this. When we have a clan democracy issues pale and the capture of power becomes the sole driving force.

Since issues have to be dealt with we quickly get an ideological consensus, as we see in India now. The clans are quite satisfied with a system that gives them a share of the power and the pelf that goes with it.

The errant ways of our political leadership at national and state levels is a matter of grave concern. The lack of intelligent and sensible debate in Parliament portends bad days for our democracy. Even the relatively few who care to attend Parliament, seem to be increasingly doing so more with the intention of making propaganda by deed by taking resorting to un-parliamentary, mostly unsavory, ways. No party seems without some blame attached it, for this seems to have become the norm these days.

Even the treasury benches who ought to know better and do better, seem to be caught up in this frenzy to make small points at great cost to our democracy. Is it any wonder that few matters get discussed in depth and at length in parliament these days? The budget, for instance, gets little attention. The Finance Ministers say more to the CII and FICCI before and after the budget is announced as if the budget is only intended for them.

Since more importance is given to this constituency, more important and vital constituencies such as the farm sector, the rural poor and the educated young get little attention and commitment in terms of resources. A State that ignores the majority, especially a needy majority, and an increasingly angry and restive majority at that does so at its own peril.

The stresses and strains are showing everywhere around us. Not a day passes when some long felt demand for attention doesn’t result in an explosion of fury. Coercion begets more coercion and soon the mob and State are fused together by paroxysms of violence.

All restraint is thrown to the ill winds and with it goes the semblance of democracy. The ill winds have torn to shreds the sails of democracy that are meant to take the ship of state towards prosperity and national unity.

There is little purpose in citing instances, but even by the deplorable standards prevailing in the nation, the now almost regular happenings in the Lok Sabha are a disgrace. The house hardly meets. Good and qualified people no longer want to be part of a leadership that has made loot its prime purpose and does not care for political niceties and social courtesies anymore.

Social justice has become the justification to perpetuate injustice, as if injustice in the name of one caste will set right all earlier wrongs, socially sanctioned or otherwise.

The result is a government that does not care about economic development and growth anymore, forgetting that that alone can bring change to our society. All recent economic trends point towards accretion of wealth and the benefits of policy by a small minority. We now not only have one of the highest income inequalities in the world, but the regional imbalance indices are even worse.

The vast majority of our people live under the shadow of the monsoons. The Governments attitude is reflected in its latest budget that has nothing worthwhile for the poor and rural majority except doles that mostly don’t reach down to them.

Even worse is the limited focus of the national media, particularly the English print media and television on the concerns of a small and self-centered elite that propounds the so-called market reforms and the so-called liberalization only to help itself even more.

The loot of the stock market and the sea of non-performing assets that have almost drowned the banking system are a lasting testimony to the concerns of this section for which the government mostly toils.

In a true democracy the concerns and wants of the majority will be the focus of the State. Thenwe must wonder, how much of a democracy are we? 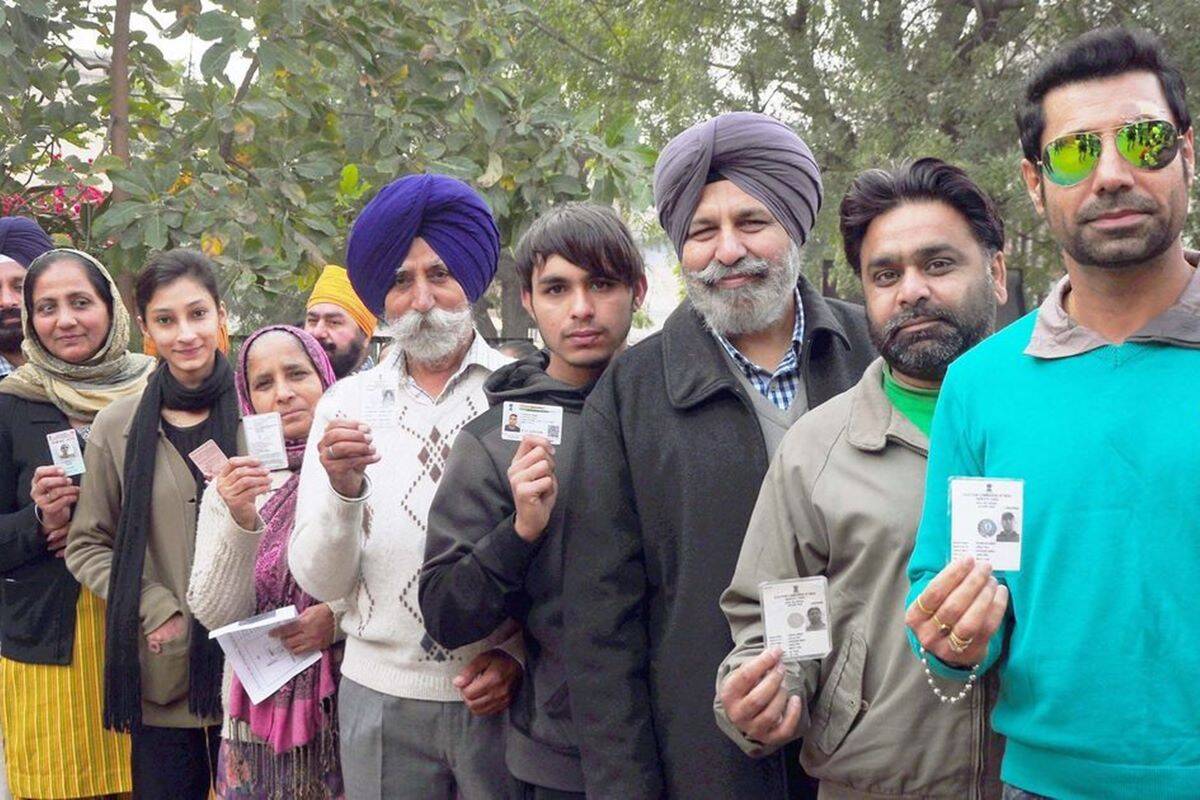