Of open doors and connected lines

A journalist has to keep all doors open, and the phone lines connected. This was and in many parts of the world remains a basic mandate for scribes seeking to cover the news. And since news is usually out of the ordinary, journalists are in touch with non state actors, terrorists, militants, insurgents, criminals, enemies as and when required to get to the bottom of a story. As news is what comes off the ground, through the people, often unpalatable but necessary to keep democracy protected.

Scribes over the decades have always worked hard to get to insurgents in the field for the final touch to a conflict; chased officials for an interview with a known killer or criminal in jail; spent days and nights covering conflict moving with the militants as well as with the police. Journalists have trekked the mountains to speak to militants in hiding, have walked through jungles to interview Naxal leaders, have crossed borders to speak to the ‘enemy’ as this is all part of news gathering, essential to the story.

Indian journalists, not always as adventurous as those from the US and the western world covered by insurance and protective gear reporting on wars their governments have created, have not been that far behind in covering internal conflict. And there was not a well known insurgent or separatist or extremist who was not interviewed by Indian scribes at one point or the other. The stories were published, received eyeballs and acclaim, and even had responsive government officials meeting the scribes for more details and an understanding of the situation on the ground.

I myself must have interviewed Jarnail Singh Bhindranwale countless times, along with his aides Harminder Singh Sandhu and Amrik Singh. I spent days and nights at the Golden Temple seeking to understand the insurgency, the reasons, the strategy. It became risky as the days turned into months and we were warned, but even so could not keep away from what was the most important and crucial story of the time. I covered the Union Home Ministry at the time and had full access to then Home Secretary T.N.Chaturvediand top officials then who never once turned around to question me or other journalists, brand us as anti national, or pro insurgency, charges that are now regularly slapped on journalists for being in the field.

I covered the violence in Assam where we spent time trying to meet the AASU leaders who had gone underground as we moved from village to village destroyed by the fires of division and hate, I was in Kashmir seeking to understand the alienation through the Hurriyat leaders and those who held anger in their breasts as well as those who secretly were looking at Delhi for peace. Like most in my professions covering conflict, I met intelligence officers and extremists, I met criminals and police officers, as part of my job.

Yes it is true that several journalists in the hinterland were charged with cases that got them into jail at times, and had to fight long legal battles to escape the dragnet spread by those who were singed by their reports. The Editors Guild of India has organised two series on Unheard Voices from the North East and the Naxal areas where journalists in the ground reported of being caught in the cross fire between the police and the insurgents. And recounted how in reporting the truth from the ground they had attracted the ire of the state and the militants as both wanted to control the messenger.

The Congress party in India, particularly during its last term in power, was particularly intolerant of dissent and closed doors to scribes in Delhi who questioned government policy. Journalists in the districts felt the heat as well, and were dubbed naxal sympathisers simply because they brought back stories of not just Naxal abuse but also police atrocities on the common folk.

But the hounding of journalists was apologetic and never as systematic as it has become now where scribes are under pressure from the government and the owners both. On one hand they stand to lose their jobs and on the other be slapped with UAPA and sedition that they certainly do not have the wherewithal to challenge. The editors and the top hierarchy of a media house draw money in the lakhs, but the working journalist still remains a deprived entity, drawing small monies for his or her entire livelihood. Court fees are certainly not factored in, and it is the very rare media house that steps in to fight the case for a lowly reporter. In fact the response of media house proprietors is basically to ensure that others come under stricter ‘censorship’ and the rules of reportage are tightened further.

There is no point in blaming the government. For the government really is doing what every government secretly would love to --shackle the messenger in a strait jacket from which there is no escape. We have seen shades of this in our 70 years of freedom, as have indeed democratic countries across the world. And the weaker a government becomes the more intense it becomes in its pursuit of the media as teh Emergency so amply demonstrated. Strength is not determined by fire power, but by peoples power. And hence perhaps its only to be expected that after the students, and the muslim women, the farmers will attract ire with coverage of the movement ---by any yardstick the biggest story of the day---being termed anti national.

The blame really rests with us in the media, our inability to build and strengthen our institutions through the years, our willingness to fall at the feet of those in power, our insistence on getting favours be it government accommodation or membership in government controlled committees, our divisive competitive angst, our refusal to stand up to government and authority and our over inclination now to conform. Can’t say when and where all this will change, if ever, but one thing is for sure ---chasing a story does not make us anti-national but more national than most! 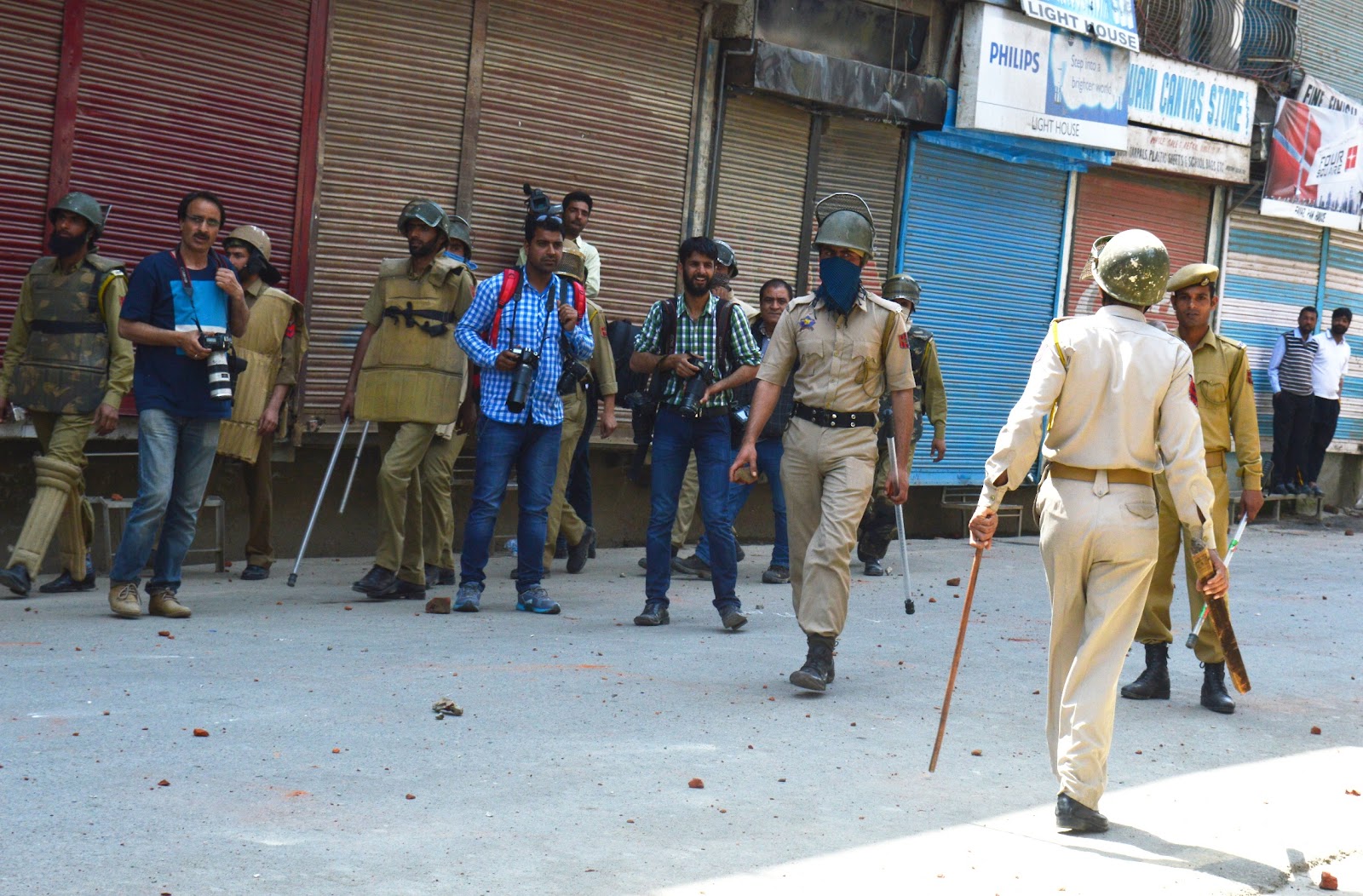