Made of sterner stuff

The latter half of February this year has been an interesting time for our crumbling judicial architecture and a mauled Constitution. It is a truism in the military that wars are won by the foot soldiers, not by the generals. This is not to belittle the contributions of the top brass but to emphasise the obvious: that it is the soldiers on the ground who are the first responders in any battle, that it is they who have to either hold their ground or to take the battle to the enemy. All the planning at military headquarters is of no avail if the warrior in the trenches cannot deliver.

I use this simile for our judiciary today after much reflection, in the aftermath of a brace of judgments delivered in Delhi this last month by two district court judges. For it was becoming increasingly clear over the last few years that the judiciary was losing the war launched against the constitution by the executive- in fact, it was a reluctant adversary, at best "willing to wound, but afraid to strike."

Issues like the challenges to the Electoral bonds, CAA, Article 370, NRC, laws on "love jihad", reorganisation of Kashmir, habeas corpus, the farm laws, UAPA , bail applications, etc. were taken off the shelves and stored in the basement, gathering dust, cobwebs and jaded obiter dicta. The generals, it appeared, were reluctant to go to war. The credo "Bail is the rule and jail the exception" became a distant memory, with hundreds incarcerated with malice by the police and non-application of mind.

But the judiciary's foot soldiers- or at least some of them- showed that they were made of sterner stuff and were not afraid of the good fight. This is how I see the judgments passed by two district judges in Delhi recently, against the run of play and in the face of the most ruthless executive this country has ever seen. They decided to engage with the adversary even while their superiors were busy giving gratuitous advice to rapists to marry their victims, or laying down innovative new law on "skin contact" being a necessary ingredient of sexual molestation, or heaping unctuous praise .... It's always a pretty and heartening sight when a couple of Davids take on a Goliath.

Additional Sessions judge Amitabh Rawat,on 4th January 2021 released three NE Delhi riots accused ( Gulfam, Aatir and Osama) on bail; the bail pleasantly surprised most court watchers, but what revived hope was his unexpected castigation of the Delhi police: he condemned their " perfunctory investigation" and stated that the charge sheet was " filed in a very lackadaisical manner." His order only confirmed what had been Delhi's worst kept secret for the last one year. As if to drive home the point, judge Rawat then released two more accused ( Shanu and Zarif) on 19th January for similar reasons.

More was to follow. On 16th February Additional Sessions Judge Dharmendra Rana granted bail to Devilal Burdak and Swaroop Ram, accused of sedition for a post on the farmers' protest on Facebook. In a first for any judicial officer in recent times, he came down heavily on the Delhi police: " Sedition cannot be invoked to quieten the disquiet under the pretence of muzzling the miscreants." Was the worm finally beginning to turn, all right thinking people wondered?

Then the Disha Ravi case happened, and the Home Ministry/ Delhi police staked their all on it. A quasi judicial kidnapping in Bengaluru, a dubious remand in Delhi and it was clear that the sovereignty of India depended on keeping the 21 year old climate activist in jail. The "tool-kit" would be the final nail in the coffin of the farmers' movement. An example had to be made of her to send a signal to all those foreign conspirators: it was Bhima Koregaon II and the script seemed all too familiar. The higher courts maintained the silence that we have all now become accustomed to.

But, in an 18 page order that knocked the bottom out of the police's case, judge Rana released Disha on bail on the 23rd of February. The foot soldiers were again doing their job. It is not the fact of bail, however, which is momentous and ground- breaking, but the exposition of certain doctrines on sedition, conspiracy, freedom of speech, rights of the citizen by the judge. Here are some of those assertions:

* Mere engagement with persons of dubious credentials is not indictable unless there is evidence to prove that it was for " a common purpose to cause violence." The purpose of the engagement is relevant for deciding culpability. This decidedly rejects the police's " guilt by association" formula which has come in handy in numerous cases in the absence of any solid evidence.

* " Citizens are conscience keepers of the nation" and cannot be put behind bars simply because they disagree with state policies.

* "Conspiracy cannot be proved by mere inferences", evidence is necessary.

* " Offence of sedition cannot be invoked to minister to the wounded vanities of governments."

* Disagreeing with government policies is included within the ambit of free speech enshrined in Article 19 of the Constitution. There is no territorial boundary limiting Article 19 and it includes the right to have a global audience in the age of the internet.

* Making a Whatsapp group is no offence in itself, nor is deletion of messages if they do not disclose violation of any law.

To fully comprehend the magnitude and scope of judge Rana's rulings, we must remember that his is a trial court and not a constitutional one. And yet his findings, specially on sedition and Article 19, are almost constitutional interpretations. He appears to have broken new ground by his doctrine of a "global audience" and by extending the territorial ambit of Article 19 beyond the boundaries of India. It effectively takes away the MEA's already tattered fig-leaf of " other countries should not comment on the internal matters" of India.

Judge Rana may have gone beyond his remit as an Addl Sessions Judge, he may have treaded on areas where their lordships fear to tread, but SOMEONE HAD TO DO IT given the perilous state of justice in this country. Every citizen of this country who still has faith in its Constitution has reason to be grateful to this brace of intrepid judges.

These judgments are bound to shake up the higher judiciary, even if the executive continues to play its own games. They can no longer ignore, or be silent, about these legal values. To my mind, the principles laid down by judge Rana are unexceptionable in any democracy and open society. Even though India has now been downgraded to a "partly free" democracy, these will now become articles of faith on the basis of which other similar cases of sedition and conspiracy will be decided. Even the mighty Supreme Courts and the High courts shall have to follow them, unless they strike them down, which they can only do at their own peril.

It is one of the ironies of these troubled times that a lower court has to show the higher courts the path they should be trodding. The other trial courts will now be encouraged to follow these rulings too, as some kind of lode star showing them the way in the darkness.

A candle has been lit in the dark, and it seems to be having the desired effect. Within a couple of weeks of the Rawat/ Rana judgments the prison doors have suddenly started opening for a number of "accused" locked up without trial: Varvara Rao, Nodeep Kaur, Shiv Kumar, Imran and Babu; the sedition case against Farooq Abdullah has been dismissed by the Supreme Court following the Disha Ravi order, following the reasoning, significantly, given in Judge Rana's order- that dissent and disagreement with the government does not amount to sedition. And Amazon Prime Movies CEO Aparna Purohit has also been granted protection from arrest by the SC, overturning an atrocious order of the Allahabad High Court.

A single candle may not lighten up a room but it can certainly dispel the gloom. 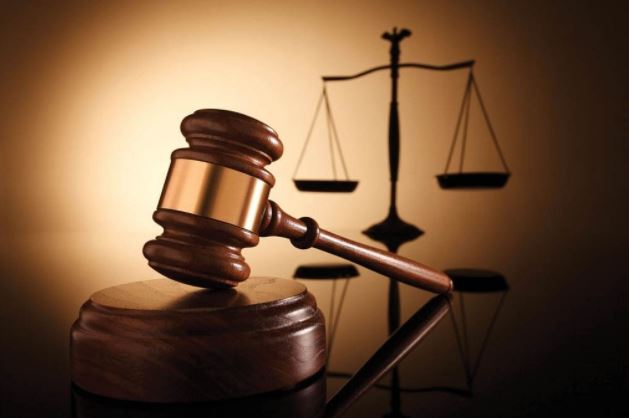