The NITI Ayog has recommended a reduction in food subsidies

According to financial data released by the National Statistical Office on February 26 there has been a slight improvement in the GDP, which grew by 0.4% in the previous quarter, marking the end of the contraction underway since April last.

In the April-June quarter of 2020 the GDP was reported to have shrunk by 23.9% compared to the corresponding quarter of 2019. This shrinkage has now been revised downward to –24.4%. In the July-September quarter the GDP shrank to 7.5% less than the corresponding quarter. Now the latest government data show a growth of 0.4% in the quarter ended December.

While this offsets the technical recession that emerged after two quarters of contraction, the situation is still dire. Overall, in the fiscal year 2020-21 our GDP is projected to shrink by 8% compared to the previous year.

During the three quarters of this financial year, the agricultural sector of the economy has made a tremendous contribution. Its growth rate was recorded at 3, 3.4 and 3.9% respectively.

While manufacturing and construction in the industrial sector returned to positive growth in the third quarter, growth in this sector was seen in the case of large units, while the position of smaller units remained depressing.

In the services sector finance, real estate, professional services, electricity, gas, and water supply have returned to positive growth whereas trade, hotels, transportation, and communications - which can provide more employment - remain in a state of crisis.

There was a slight increase in household spending during the festive season, but the pandemic has left households strained in terms of employment and incomes due to the lack of government support.

At present the growing number of victims of this pandemic (antibody studies show over a quarter of our people may have been infected already) seems to be leading to economic despair and adversely affecting the economic growth rate.

The figures are loud enough to make you think seriously. Even in such times, the rulers, leaving no stone unturned to give false consolation to the people, deliberately use the services of pro-government and pro-corporate economists to weave a web of statistics that confuse.

Claims to fill their stomachs were easy to refute. Although these economists are well aware of the reality, they have been fabricating data and conducting conclusion-oriented studies in the hope of getting some petty meaningless favours for themselves. They are seen openly propagating these conclusion oriented studies beyond their normal capacity.

The main determinants of economic development are the level of people’s education, the standard of health services including medical and preventive services and the standard of service rendered by them, the availability of housing and its readiness, various aspects of ecology, and the average age of the people.

Positive economic growth can be significant, but far more important is how it is growing and for what. If the economic growth rate exceeds the population growth rate, it can be considered good only if it reduces the economic and other disparities between different sections of the people, and improves the living standards of the common people.

In this regard the interests of future generations must also be taken into account.

The performance of the agricultural, industrial, and services sectors of the country's economy during the first three quarters of the financial year shows that during this period the economic growth rate of agricultural sector has been excellent. The ray of hope for the economy is the agriculture sector alone.

The pandemic of Covid-19 has made it clear to the world that human beings can survive without cars, bunglows, planes, phones and the like, but our lifeline is only agriculture.

Given this fact and the performance of various sectors of the economy since the pandemic and lockdown, it is incumbent upon the rulers of the country to protect the interests of the agricultural sector and its hard-working farmers, farm labourers and rural artisans.

In fact, in 2020 the country’s rulers went in the opposite direction and enacted three agricultural laws. They claim and propagate that these laws will double the income of farmers and increase consumer welfare. But from the ongoing dialogue in this regard, it is clear these laws are against the interests of farmers, farm labourers, rural artisans and consumers. They also pose a threat to the food security of the country.

Although at times there were strained relations between the farmers and farm labourers on certain issues, the farm labourers have joined the farmer struggle to the best of their ability keeping in view their larger interests.

With full implementation of these laws, corporate agriculture will come into being. Corporate agriculture is bound to displace agriculturally dependent farmers, farm labourers, rural artisans and other sections working in the sector. The serious consideration in this regard is where will the workers of these sections get new employment and social security after they are displaced?

The potential for new employment in the industrial and services sectors is negligible and will continue to decline in the years to come. The pandemic has exposed the social security claims of workers in both these sectors.

Research studies conducted in Punjab and other parts of the country have revealed that almost all marginal and small farmers, farm labourers and rural artisans are born into poverty and debt, live their hard life in poverty and debt, and leaving behind a mountain of debt and abject poverty, they either die a death of deprivation or when all hopes for their lives are dashed, they take their own lives.

With the exception of large farmers, the marginal, small, semi-medium and medium farmers and farm labourers are so indebted that they are not even in a position to pay interest on loans. These sections have to take loans even to keep the stove burning for only two meals a day. Worst off are the farm labourers and rural artisans as they have no means of production other than selling their labour.

According to the 66th round of the National Sample Survey, 92.8% of the country’s workers were in informalised employment in 2009-10. The proportion of informally employed workers has increased further during the last ten years, as the axe is being sharpened on the public sector.

Informal workers remain uncertain about whether they will be able to find employment for the coming day. Here it is very important to know a very sad fact regarding general consumers: the NITI Ayog has recommended a reduction in food subsidies to reduce the fiscal deficit. If this is done then the already poor condition of ordinary consumers will get worse.

To accelerate the country’s economic growth, the state needs to formulate and implement policies that ensure a minimum level of income for the agriculturally dependent classes and the informally employed workers, so they can earn a living to meet their basic needs in a respectful manner.

To do so, the corporate world-friendly economic development model must be replaced by the people-friendly and nature-friendly economic development model. In this model, tax rates on the rich will have to be increased and tax collection ensured. Public sector undertakings will have to be established and developed, while regularly monitoring and regulating the private sector entities. 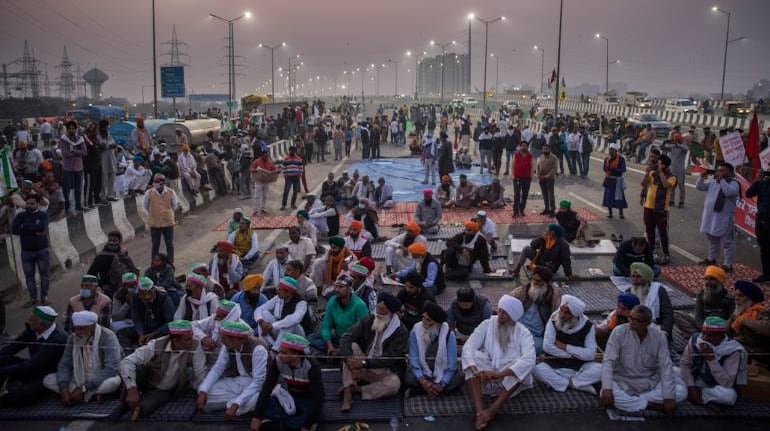