Governor Malik and the Farmers

Governor of Meghalaya Satya Pal Malik has created a buzz in political circles with his warnings to the government over the farmers' agitation. He has come out in support of the agitation at least twice before despite holding this gubernatorial office but his latest statement has gone several steps further in reminding the government of the “consequences” of thwarting the Sikh community.

He said that he had asked a senior journalist to convince the Prime Minister as he had done all he could. And that the manner in which the farmers were being pressured to leave Delhi and humiliated did not augur well. And besides they would not leave, and that he knew the Sikhs, they would remember this humiliation for 300 years. And then the Governor went on to speak of the assassination of Indira Gandhi and of General Vaidya.

The government has met the Governor’s comments with silence although the political grapevine is abuzz with speculation about the why and how of his strong comments against the Modi government in its dealings with the farmers. Malik was the Governor of Jammu and Kashmir and presided over the Abrogation of Article 370, before he was shifted to Meghalaya. Both positions were courtesy the present government and there has been nothing to indicate a rift between him and the government he is serving as the Governor of Meghalaya.

The Governor is an old socialist, who was very close to former Minister Arun Nehru being part of the Jan Morcha that they floated to bring down the Rajiv Gandhi government. The Jan Morcha worked assiduously to bring V.P.Singh to power, and Malik representing western Uttar Pradesh was a strong entity within. He was part of the Janata Dal experiment, and was elected member of the Lok Sabha of the party in 1989. He contested again in 1996 on the Samajwadi party ticket but fared badly. He has been out of parliamentary politics since, but Prime Minister Narender Modi brought him into the gubernatorial office --Bihar, Goa, J&K, Meghalaya--since.

The Governor was always close to the farmer movements in western UP but disillusioned with many of the leaders of this belt. Once a keen spokesperson for big farmer rights he has not been active on this front for over two decades. He could be speaking out for the farmers movements from a position of real concern, as he has been active in the field during the crucial years of unrest, and seriously worried about the repercussions and the fall out of the ‘humiliation’ of the farmers as he described it. It is certain that Governor Malik is not looking at a return to active politics, and is speaking from within the government ---and not outside---about the need to address the grievances. He said that just a law on the Minimum Support Price would work ---promising to make it to convince the farmers himself if required---and the farmers would back off with a few basic changes in the three controversial laws.

However, he has made three interesting points in the couple of minutes in his speech on the farmers agitation. One, that he has spoken to a senior journalist asking him to persuade the Prime Minister, and that he had tried but this did not work. In the suggestion lies the belief that it will work, and the PM could be convinced;

Two, that the farmers will not leave Delhi, that they will not react well to being pressured and humiliated. And that if the government does not switch track there could be an adverse fall out as in the case of Indira Gandhi and General Vaidya. Strong words that led television commentators to question his intention, and point out that this amounted to incitement.

And three, he could mediate if required provided the government concedes the MSP demand.

Given the fact that Governor Malik has voiced his concerns about the farmers stir, in recorded speeches, at least twice before it is clear that he will speak again. It is not clear why he is doing this, and for what, or for whom, but that he will not maintain a studied silence on the farmers stir despite his position seems to be a given certainty. The rest of the time will unravel either with his exit, or actually a shift in government strategy. 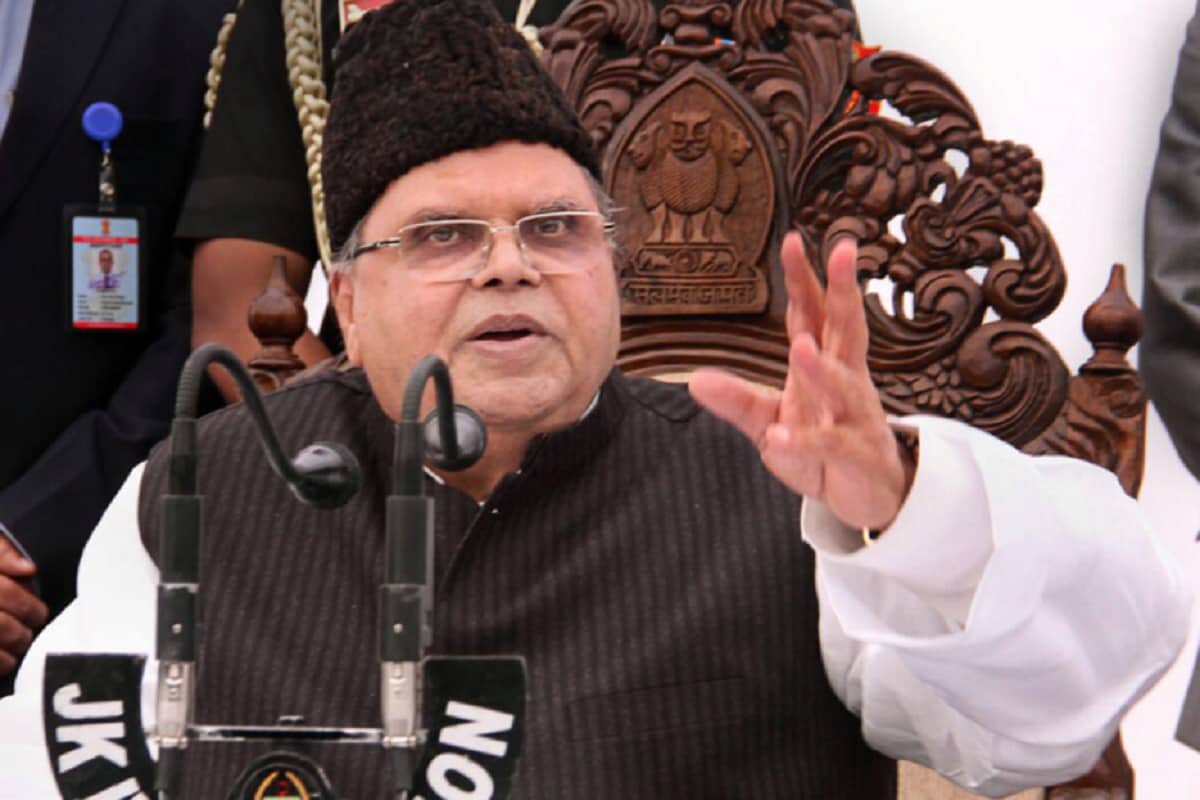