The colours of India, indeed Holi, have always spelt Diversity. Her strength has roots in her ability to celebrate her democracy that has embraced peoples of all religion, communities and castes. And where the torment of Partition has not faded, and yet has not weakened her resolve to prove to the world that there is unity in diversity where differences are emrbaced and accepted.

It is a given that when countries lose their democratic spirit they weaken, and reject inclusiveness for discord and tolerance for hate and anger. Negative emotions all, these play havoc with the body polity of a nation and pit citizens against citizens with tag and terms that very few in the world use against themselves. India has been in the throes of such divisiveness, with the United States also being exposed for its empty core in the lead up the Presidential elections where the largest democracy of the world stood divided, angry and violent refusing even to recognise its own elections.

India as she struggled to cope with independence and all the challenges that came with it, was determined to overcome the drawbacks and weave together a tapestry of rights, justice and equality. The setbacks were huge, with periodic interruptions of sheer violence setting her back years at a time, but even so she struggled on determined not to slide back to the easier option of autocracy and theocracy as Pakistan, carved out of her being, had.

Communal violence dotted the Indian lanscape, caste wars threatened to blow harmony apart, Assam, Punjab, Kashmir all witnessed terrible violence, and yet India came out of the gloom into the light each and every time. Today the challenges are more than perhaps even before, as the steady chipping at her foundation over the last 15 years at least, has left India’s foundation of democracy weakened. Her fight back over this period has not been as robust as before, as successive governments damaged the institutions on which a country’s democracy rests. Be it the executive, judiciary, legislature and the media.

The result is that today when the challenges have mounted, and the attack more ferocious, the institutions are capitulating --often in visible helplessness. The legislature has been robbed of an efficient and committed opposition with the result that except for the odd speech or two, the Opposition benches lack the grit and the determination to keep the executive in check, which then subsequently shows scant regard for Parliament. The judiciary has been feeling the pressure, with judges, retired and at least on one unprecedented occasion serving, voicing their concerns from time to time.

The media has thrown up its hands, forgetting the tenets of journalism perhaps even faster than politicians have forgotten the tenets of the Constitution and democracy. A few struggle to defy the times, and report the news as they are in place to do. But even so the watchdog is floundering and weaves narratives that have little to do with reality but more with created projections.

In the midst of all this are the people of India who have picked up the baton of rights and democracy as it were. First it was the students of central universities, then it was the women, and now it is the farmers. And all, despite severe repression from the law enforcing authorities and created narratives by the media, did not back off from their respective struggles easily. And insisted on keeping the issue of rights and the law centre stage.

The problem is that the schisms within are widening with the people and the constitutional institutions on almost opposing sides, in a tug of war that is stretching India to the utmost limits. It cannot hold for long, and either there has to be a compromise between the people of India and her institutions of democracy with one or the other giving way. For the first are pulling the rope for democracy, and unfortunately the others for sheer power. Democracy vs Power where democracy could be the casualty as somesee it as an obstacle to power. And favour a highly pruned ‘democracy’ where the some of the facade remains as the proverbial fig leaf with rights and equality taken out of the core for good.

Festivals in India were occasions of intermingling. All wished each other, and took part in the festivities. Radicals from communities did try to stop the bonhomie, and slowly succeeded in building barriers that many jumped over, and then stopped because of the effort involved. Perhaps a step forward in reclaiming the democratic space would be for the people to reach out on festivals, regardless of religion and caste, and even if rebuffed continue the effort until the doors are again opened and the colours and the lights and the cuisines make for a democratic spread across India! 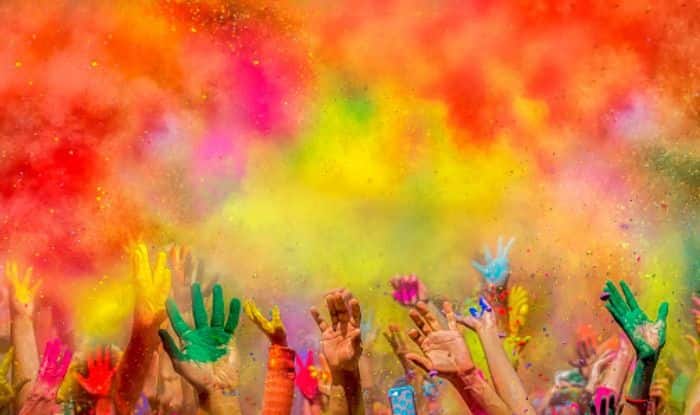