A false sense of security

Khan went on to add a rider: that durable peace and stability are contingent upon resolving all issues between Indian and Pakistan, making specific reference to the Jammu and Kashmir dispute. Such an environment, he continued, depended on enabling conditions for a constructive and result oriented dialogue.

However in the current developing situation and as a follow up to this policy, the Directors General of Military Operations of the two countries have agreed to abide by the 2003 agreement and stop cross border firing.

Friendly relations between India and Pakistan on a sustained basis negate the justification for the latter to have such a large and unaffordable army. This bonhomie may last for as long as it suits Pakistan, or till signals from China call for a change of course.

Some have attributed the ‘thaw’ to the efforts of Subramanyam Jaishankar, India’s foreign minister using the good offices of the UAE, whose surplus oil is believed to be stored by India for use during emergencies. At the same time back channel operators too are claiming credit for bringing about this thaw. And yet another group supporting peace from India and Pakistan, want to bring about rapprochement and a reduction in hostilities between these two countries, and to that end wish to float a South Asia Peace Action Network or SAPAN.

The quick withdrawal of a proposal by the Federal Cabinet, chaired by Imran Khan, to import sugar and cotton from India was the outcome of this duality of stance. So such flip flops on the part of Pakistan, in its dealings with India, will remain a standard feature of its policy. It imports a range of products from India, not directly but through third countries, for which the people of Pakistan pay much more than they would in the event of direct import from India.

One needs to see this development in the larger context of what happened in eastern Ladakh. While India was confronting China in this area and the two armies were facing each other and on the brink of a conflict, Pakistan allegedly moved two infantry divisions in the northern part of PoK, obviously on China’s instructions. Pakistan is a known proxy of China, which has been using it to keep India locally engaged, adding to Pakistan’s own policy of a thousand cuts. What is pertinent to assess is whether the current thaw could have happened without China’s nod!

China in seeking to resolve the current confrontation with India in eastern Ladakh keeping in view its long term plans. Even in Ladakh, while it has made India pull out from its tactically advantageous positions on the Kailash range, on its side it has been delaying a pull pack from areas of Depsang, Hot Springs and Gogra to pre April 2020 positions.

The 11th meeting between military commanders of India and China has not resulted in any move on China’s part to pull back from these areas. As in the case of Doklam in the east, where Indian troops pulled back but China stayed put, and built permanent huts and roads, a similar effort is reported to be underway in Depsang, where some permanent structures have reportedly come up. It may be pertinent to ask why India did not insist that China first pull back in Depsang etc before India vacates the Kailash Range!

To get a glimpse of China’s long term plans in this region, one need consider what was China’s aim in bringing about this confrontation in eastern Ladakh. Perhaps India’s making a road to Daulat Beg Oldi (DBO) thereby creating the capability to interdict the road to Xinjiang, on one part, and on the other the assertions of senior government ministers, in Parliament, of taking back from China areas of Aksai Chin could be the underlying reason for this confrontation.

Obviously China’s move in eastern Ladakh was not to precipitate matters and start a conflict, but merely to make India react and overload its military with added financial burden. India had to move nearly fifty thousand troops and equipment to the Ladakh region. This costly move, mostly by air, and the added strength of troops in Ladakh has further strained the revenue part of India’s already inadequate defence budget. Maintaining such a large body of troops in the Ladakh region will continue to strain its limited defence budget, leaving little scope to modernise its military.

China’s policy to make a status quo of the existing position is perhaps part of its long term policy of giving India the impression that its strong leadership and the existing state of its military can stand up to the Chinese threat – and that therefore nothing much need be done in the immediate future to substantially upgrade its military capabilities and modernise its military as such. More so when India’s military leaders talk of its ability to successfully conduct a two and even two-and-a-half front war.

On the ground meanwhile, the existing military capabilities could barely cope with the technical environments of the last war. In its present state the Indian army will find it difficult to cope with the demands of a future high tech war. All this while China can be expected to keep enhancing its capabilities in the fields of automation, artificial intelligence, cyber warfare, 5G networks, drone technology, anti missile systems, electromagnetic guns and perhaps in the field of laser weapons. In all these fields India lags behind: dismally.

China’s 14th and 15th five year plans spell out some of its long term strategic military projects. These include reinforcing the border defence infrastructure in Tibet, which includes building 20 new border airports by 2025. All this elevates the level of threat to Daulat Beg Oldi and the middle sector Line of Actual Control with India.

Apparently in its policy to let India live in this false sense of security, China has been able to involve Pakistan as well. India is known to often fall into such a trap, especially when it is in any case not in a position to substantially increase its military budget to meet the future challenges of a modern war.

India has a long history of neglecting its national security, which resulted in unbroken millennia of foreign domination. Even now its military budgets continue to be significantly low. India’s security scene is least reassuring and thus it must shake out of this complacency and prepare, without delay, to meet future security challenges.

Finally, this thaw in relations with Pakistan is China controlled and will perhaps come to freeze at the latter’s bidding. 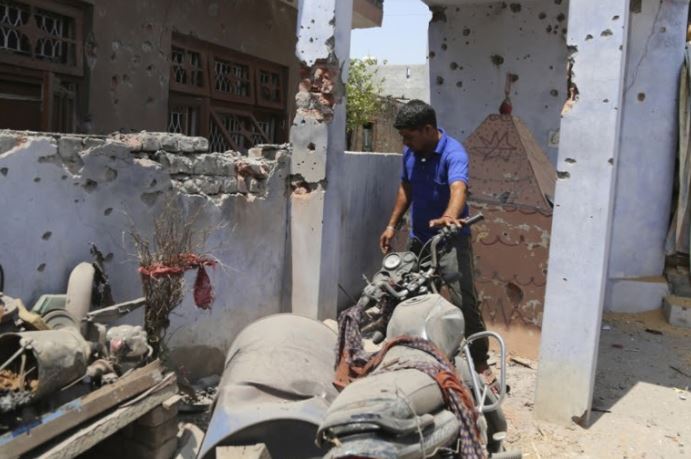