The German Chancellor Angela Merkel has faulted India for not fulfilling its obligation to supply Covid-19 vaccines to Europe. The Politico paper quoted Merkel as saying,

“We now have a situation with India where, in connection with the emergency situation of the pandemic, we are worried whether the pharmaceutical products will still come to us. Of course, we have only allowed India to become such a large pharmaceutical producer in the first place, also from the European side, in the expectation that this should then also be complied with. If that is not the case now, we will have to rethink.”

Alas, Merkel’s legendary flair for the minutiae of facts while articulating opinions is absent here. But the sadder part is that the Modi Govt misled her, as it misled the UN and the domestic opinion, regarding India’s capacity to supply vaccines after meeting its own needs.

Of course, the root problem here is the Modi Govt’s obsessive rivalry and oneupmanship vis-a-vis China — to display that India is shining better than China. It is a futile effort, as an original is always worth more than a copy. For a start, Prime Minister Narendra Modi committed a grave mistake by publicising India as the “world’s pharmacy”.

From that point, India was hurtling down the hill for an inevitable train crash. Such bombastic imagery may work at election rallies but not in international diplomacy where the actor is held to account. Nothing damages a country’s reputation than boyish insouciance and caprice.

In reality, India has very limited capacity to make Covid-19 vaccines. The Wire has featured an excellent analysis of the actual state of play. The facts and figures are revealing. And the conclusions drawn are startling:

- The government created a bogus misperception internationally that it will be the bulwark of COVID-19 vaccines for poor countries. For, India’s high capacity is “not easily convertible to making vaccines for the COVID-19 pandemic.” Modi Govt got carried away by its own bombastic rhetoric without having “taken the trouble to inform itself of the actual capacity in the country and conducted a detailed demand-supply planning exercise – the most fundamental of all tenets of managing any supply chain.” Otherwise, it “may have realised at the beginning of the COVID-19 pandemic that India was woefully short of manufacturing capacity to vaccinate its own population.”

- Having said that, the government bullied the two Indian manufacturers on pricing policy, refusing to support them with funds or even make advance payments against future supplies. The manufacturers had to stockpile at their own risk. No dramatic increase in the quantity of vaccines is to be expected in the short term.

- In sum, Modi Govt was “blind-sided by its own rhetoric about not only being atmanirbhar but also a saviour of the world. It didn’t even look at the numbers and lost precious months that could have been spent shoring up domestic production capacity. Now, India has been reduced from being the “pharmacy of the world” to a “desperate seeker of imported vaccines.”

The great fiasco of demonetisation pales into insignificance. If demonetisation took away the livelihood of millions of people, the disastrous handling of vaccine supply will take a heavy toll in human lives insofar as “herd immunity” remains elusive. The government stands exposed as not only inept but less than honest, and incorrigibly egotistic to boot.

When it comes to diplomacy too, India has lost heavily. Its credibility on the world stage stands tarnished. India strutted around as the pioneer of COVAX, the WHO’s global initiative aimed at equitable access to COVID-19 vaccines. But it transpires now that India qualifies only as recipient, like Benin or Solomon Islands, and not a donor. Fortunately, this mishap isn’t yet in the limelight.

The limelight falls instead on the US’ point blank refusal to lift the ban on supply of ingredients for manufacture of vaccines. The ban came into effect on February 5. But the foreign policy establishment lacked a sense of urgency. Instead, it began tom-toming that QUAD is rushing in like a knight in armour to manufacture Covid-19 vaccines in India! Ironically, the Biden Administration is now using that baloney as America’s great contribution to its Indian ally’s vaccine production! What a hoax!

There is no shred of evidence that PM Modi raised the issue of the US’ “America First” approach on vaccines with President Biden during the Quad summit held on March 12 — full thirty-five days after the latter invoked the Defense Production Act to restrict exports of the raw materials to boost US’ domestic vaccine production. One wonders who prepares the PM’s “talking points”?

Paradoxically, the two countries that have come to India’s aid are Russia and China. Yet, the US has been twisting the Indian elbows in the recent years to atrophy India’s relations with Russia, and there has indeed been a rollback to conform to Washington’s diktat. PM no longer has time to receive a visiting foreign minister from Russia.

As for China, this isn’t quite the occasion to write about it, but truth be told. Suffice to say, the Indian narrative on Sino-Indian tensions is skating on thin ice today and it increasingly looks like a trumped-up alibi to form an alliance with the US.

Consequently, it becomes a bitter pill to swallow to accept China’s offer of help to tide over the pandemic. The Sinophobes feel embarrassed, the US lobbyists are looking away. But the plain truth is, China happens to be the only country today that is in a position to help India to cope with the pandemic situation in a meaningful way — and it has come calling without prompting. No doubt, Modi Govt will be doing the right thing by discussing with Beijing the specific areas where China’s help can make a critical difference today to saving lives.

What is foreign policy worth if it stands disconnected from domestic realities? Make no mistake, the horrifying visuals of the human suffering in metropolitan India is only the tip of the iceberg. The vast swathes of hinterland are heaving with untold sorrows. What is 5kg chawal and dal to alleviate that suffering?

India’s foreign policies are far too militarised and “geopolitical”, and do not come to grip with the country’s real needs and requirements. After the Mandal Commission and the affirmative action in the 1980s and the ensuing exodus of upper class children to greener pastures in the US, our elites have come to regard America as the home away from home. This elitist mania, paradoxically, has only deepened after the self-styled nationalists and their parivar took the reins of power in Delhi. 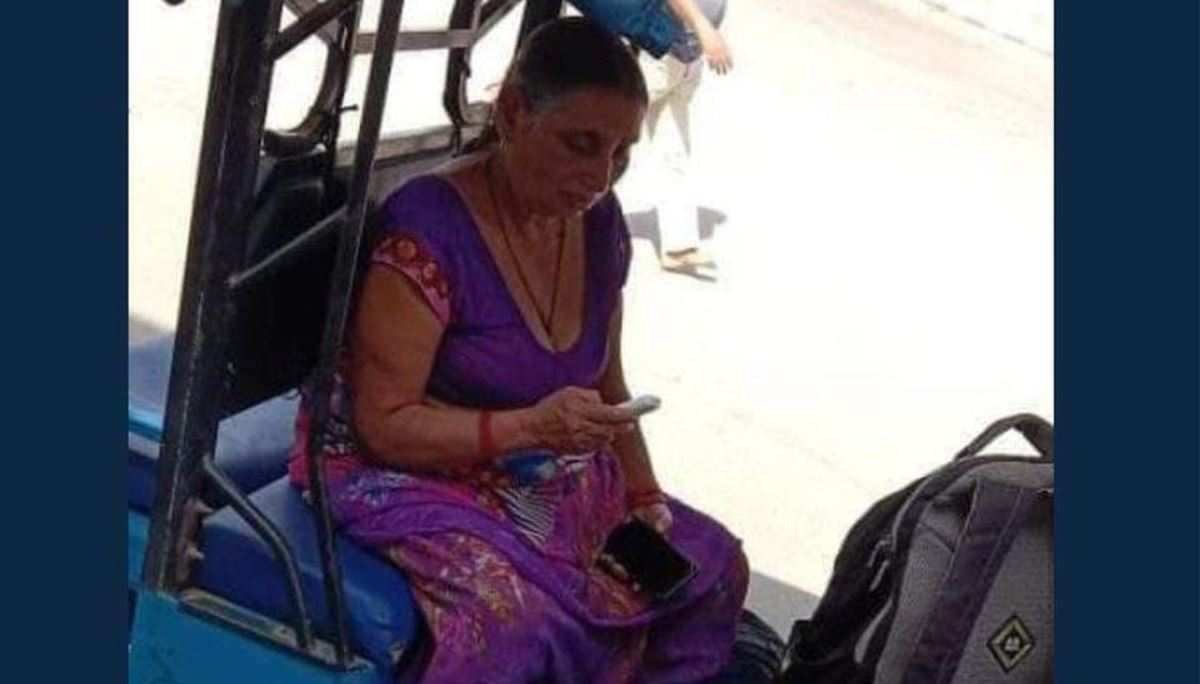 Ambassador M.K.Bhadrakiumar is retired from the Indian Foreign Service.

Cover Photograph: The viral picture that defines India’s Covid distress — an exhausted Chandrakala Singh, sitting stone-faced in an electric rickshaw with the body of her son Vineet Singh (cropped out) by her feet on a busy street in the city of Varanasi in the northern state of Uttar Pradesh, emblematic of the plight of Indians trapped between a raging pandemic and a healthcare system on the brink of collapse, April 22, 2021 (Photo by BBC)