WHO recognition for Sinopharm

The western pharmaceutical industry’s monopoly has been breached, as Sinopharm’s is the first COVID-19 vaccine developed by a developing country to be validated by the WHO and only the sixth approved for emergency use globally — in fact, the only non-western vaccine so far.

Literally, China has gatecrashed the aggressively-guarded orchard of powerful western pharmaceutical companies. In practical terms, the WHO approval allows China to enter the portals of the COVAX as a qualified supplier. The COVAX platform aims to provide two billion doses to developing countries and regions by the end of 2021. But as of Friday, only 54 million doses had been delivered to 121 participants of the program.

That is because, as New York Times wrote in the weekend, “Despite early vows, the developed world has done little to promote global vaccination, in what analysts call both a moral and epidemiological failure.” The anomaly creates a bizarre situation whereby in the western world, “vaccine orders are soaring into the billions of doses, Covid-19 cases are easing, economies are poised to roar to life, and people are busy lining up summer vacations,” while in the poor countries, the virus is raging on and vaccinations are happening far too slowly.

This wasn’t how COVAX was supposed to pan put when 192 countries joined hands and all agreed that vaccination is a universal human right. Plainly put, vaccine nationalism is as much a moral issue as of predatory capitalism.

The western pharmaceutical industry is prospering off sales to the world’s rich. Pfizer made $3.5 billion out of the vaccine in the first quarter of 2021. Moderna expects to make over $19 billion this year. The French President Emmanuel Macron lost patience, saying, “Today the Anglo-Saxons (read the US and the UK) are blocking many of these ingredients and these vaccines. Today 100% of the vaccines produced in the U.S. go to the American market.”

Jospeh Stiglitz — the Nobel laureate in economics at Columbia University, former chief economist of World Bank and chair of the US President’s Council of Economic Advisers — co-authored an essay last week with a startling title Will Corporate Greed Prolong the Pandemic?He wrote:

“The scarcity of COVID-19 vaccines across the developing world is largely the result of efforts by vaccine manufacturers to maintain their monopoly control and profits. Pfizer and Moderna, the makers of the extremely effective mRNA vaccines, have refused or failed to respondto numerous requests by qualified pharmaceutical manufacturers seeking to produce their vaccines.

“Their goal is simple: to maintain as much market power as they can for as long as possible in order to maximise profits… The argument that developing countries lack the skills to manufacture COVID vaccines based on new technologies is bogus. When US and European vaccine makers have agreed to partnerships with foreign producers, like the Serum Institute of India (the world’s largest vaccine producer) and Aspen Pharmacare in South Africa, these organisations have had no notable manufacturing problems. There are many more firms and organisations around the world with the same potential to help boost the vaccine supply; they just need access to the technology and know-how.”

The western nations are inoculating their own citizens as priority and also keeping stockpiles and vaccine-making capacity as reserves to provide for booster doses that may be required against some new variants of the virus in future.

In effect, China’s Sinopharm is entering the COVAX platform just as it seemed to be floundering. The WHO said in a statement that the approval given to Sinopharm (which took over 5 months, actually) is a “milestone achievement” that will create an opening to significantly increase the global supply of vaccines.

The WHO is reportedly granting approval to a second Chinese vaccine, Sinovac, in the coming days. Last October, when China joined the COVAX global vaccine distribution campaign, it had made a modest commitment to provide 10 million vaccines. Now, the WHO approval to Sinopharm will speed up China’s supplies to COVAX, which aims to send vaccines for free to 92 lower-income countries and to help another 99 countries and territories procure them.

Indeed, the WHO approval is a defining moment for the Chinese vaccine. Many countries were hitherto hesitating to use the Chinese the vaccine as it did not have recognition from the WHO. Sri Lanka began using Sinopharm last weekend itself!

China has curbed the epidemic without the help of vaccines, while it has secured a place right at the forefront of vaccine research and development and has the capabilities today to expand vaccine production capacity explosively. To be sure, China is at the horizon as the ‘world’s pharmacy’.

The copyright for that compelling coinage belongs of course to India’s Prime Minister Narendra Modi who had patented it as far back October last year.

Modi was flaunting his government’s achievements in the rather surrealistic setting of an investment conference in New Delhi in the middle of a pandemic that was yet to rear its head in India. But, seriously, India’s ambitions to cater to the vaccine needs of world community lie in ruins today. And, with the virus mutating, new unforeseeable crisis situations of graver proportions still lie ahead for India.

Where China is scoring is on account of its high degree of national mobilisation. In comparison, the US trails far behind. Its public health system is badly in need of revamp and is fragile. The Biden Administration is conscious of the vulnerabilities and deficiencies, which explains its refusal to export vaccines and raw materials.

The WHO statement added, “One vaccine (Sinopharm) has received EUL (Emergency Use Listing), but we know that there are over fifteen additional COVID-19 vaccines in advanced development in China. Today’s milestone achievement should spur other manufacturers to pursue this route and add to the global vaccine arsenal. It should also encourage an even greater contribution from China to global supply and vaccine equity.”

Additionally, three Chinese biopharmaceutical companies have reportedly signed deals with Russian Direct Investment Fund (RDIF) in recent weeks for the production of over 260 million doses of Sputnik V vaccine that could fully vaccinate over 130 million people worldwide. The RDIF said, “China is one of the major production hubs for Sputnik V and we are ready for increasing the scope of partnership with local producers to meet the rising demand for the Russian vaccine.”

China’s vaccine diplomacy has far-reaching consequences. Not only will China earn goodwill, but Sinopharm, Sinovac and the fifteen other vaccines rolling out in a near future (plus China-Russia cooperation in vaccine) bear testimony to the superiority of the Chinese model of development.

For the western world, this will be an intolerably rude reminder of the Asian Century. There are incipient western attempts already to resuscitate the moribund conspiracy theory over the ‘Wuhan virus’ — that the pandemic is a grand export project of the Chinese Communist Party! Sour grapes? 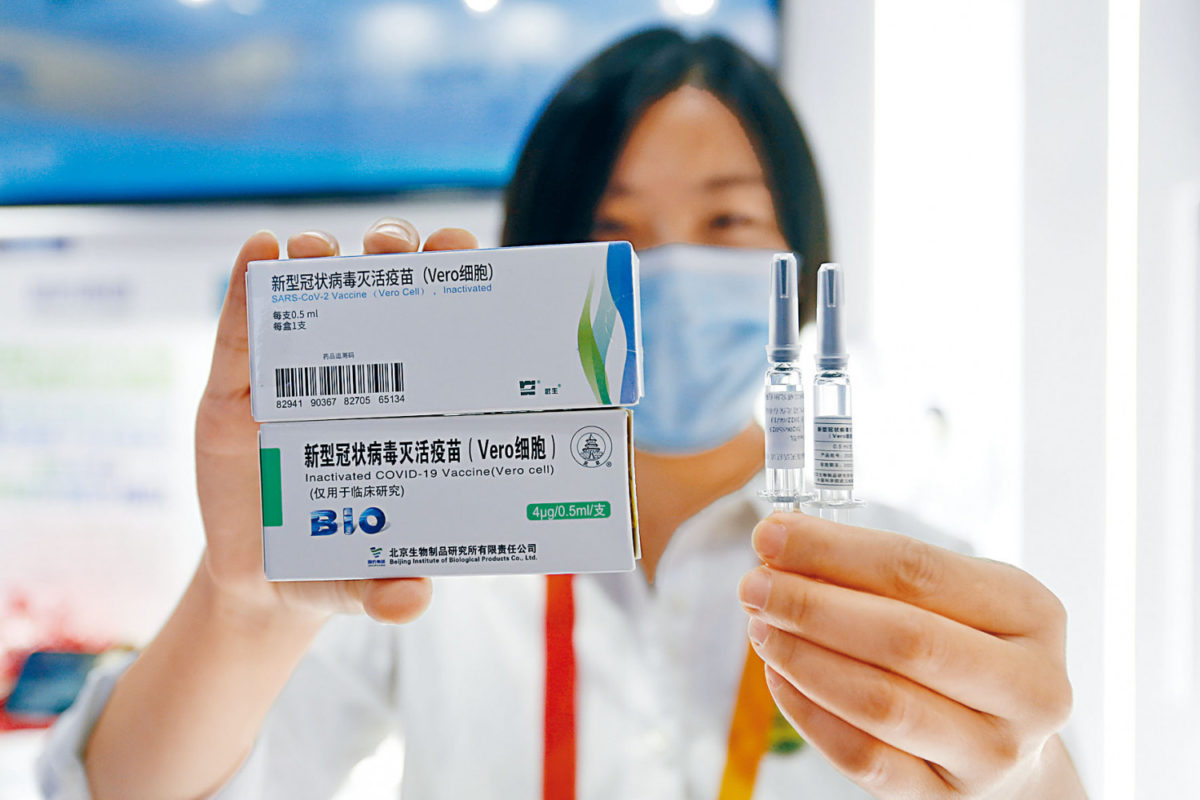