How our politico-bureaucratic dispensation hates the military has numerous examples. When General VK Singh was the serving Army Chief, fodder-eating Lalu Prasad Yadav, referring to him, snapped his fingers and said isko masal dena chahiye - squash him! Later under pressure he apologized to the General privately but avoided a public apology.

At a seminar at the IAS academy in Mussoorie some years ago, Major General Ian Cardozo, noting the diatribe against our military by former diplomat TCA Raghavan asked him, ''Do you hate us?” His immediate response was, “Of course we do. Don’t you know it?” Possibly Raghavan slept under his cot during his two-year tenure at Islamabad as High Commissioner fearing the Pakistani military.

In 2013, a former defence secretary who had also served as home secretary, said in a speech in Delhi that the Service Chiefs were not delivering as required while the Ministry of Defence (MoD) was professionally doing a fine job (sic). He wouldn’t mention what the Chiefs were not delivering but added that veterans should not write against bureaucrats (scared of exposes?).

Administrations derive arrogance from the politico-bureaucratic-arms mafia nexus. Government permission is necessary to be able to question bureaucrats, so it is never sought and never granted.

No MoD bureaucrat has ever been questioned or indicted despite scores of scams. Successive administrations surrender to the ‘deep state’ described in the 1993 Vohra Committee Report that was not followed up. It is always ‘Votes First’.

In the latest case of seemingly administrative vengeance, Major General Vasu Vardhan, Commandant of the Army Base Hospital in Delhi was unceremoniously ‘sacked’ despite doing an excellent job with extreme dedication in combating the pandemic. Yes ‘sacked’ because his immediate transfer as an OSD to another hospital was just three months short of him hanging up his uniform.

Lt General Satish Dua, former 15 Corps Commander tweeted on May 9: “Commandant of Base Hospital, Maj Gen Vasu Vardhan lost his mother yesterday. He was still helping those who needed help even when performing last rites. A post by Lt Gen Agarwal (R) on whatsapp. Heartfelt condolences and a General Salute.”

Media quotes the Army as saying that Vardhan’s posting is routine. A second follow up Army statement said the posting is to de-stress him. Such postings are dealt by the Director General Armed Forces Medical Services, which is directly under MoD. Then who ordered the Army to issue these clarifications - Brown Saheb (BS), the Defence Secretary, or the CDS?

The bit about “de-stressing” 3-months before retiring is laughable but if the largesse is by the BS-CDS then might as well institute it for the rank and file of the military.

Vardhan’s removal comes at a time when the government wants to engage 400 retired AMC officers hoping the measly terms offered, without even an insurance cover, will get an overwhelming response. As someone said, if you offer peanuts, you only get monkeys.

Ex-AMC doctors don’t idle at home enjoying spoils of service like ex-bureaucrats. Also, the stipulation that only AMC officers who left the service since January 2017 can apply in such desperate times is strange, unless they are also expected to play kabaddi.

One narrative in circulation alleges someone from MoD demanded Remedsvir injections to which Vardhan responded by saying these are needed by patients in Base Hospital. A second narrative has an undersecretary smugly posing like Marlon Brando, allegedly asking for pandemic-related medicines and equipment to be delivered to homes of certain VVIPs. This also was refused. The DRDO’s Covid facility where the defence minister had a photo-op is staffed by the Army, pulling out resources from elsewhere including from the Base Hospital despite being under tremendous pressure.

As Home Minister, the present Defence Minister went all out to alleviate the police forces. That zeal is missing today. He has nothing to say even about the over 5,000 Covid-afflicted military personnel. Incidentally, accolades for the 2-DG drug should go to Dr Reddy’s Labs Private Ltd that manufactured the drug, not to DRDO for facilitating government approval.

The current Chief of Defence Staff had wanted a two front war when he was the Army Chief. Yet, the 2020 Chinese aggression surprised us completely. But it is the BS who is charged with the defence of India and defence policy including in war, the CDS being just another secretary. Had the BS accompanied the Prime Minister to Leh after the Chinese aggression, they may have told him on the return flight, “Brown Saheb, aapne toh hamen marwa diya”.

In 2019, an article by a former Vice Chief of Army Staff, carrying the photo of the then Army Chief (now CDS) appeared in the media. It warned against senior military officers making political statements in the media and cautioned that a politicized military is one that exercises loyalty to a single political party, not the Constitution.

Ironically, Prime Minister Narendra Modi’s 2016 dictum that we cannot progress “with administrative systems of the 19th century" was followed up by the same 19th century bureaucrats. The only change effected was that nine joint secretaries were laterally inducted in different departments under IAS bosses, changing nothing. Some left midway in disgust. So the 19th century babus continue to rule the roost; holding polity to ransom and sniggering at the forces. Arrogance enables acting shamelessly with impunity.

The Army appears overly cautious, perhaps taking a cue from the sinking of a naval submarine running on outdated batteries a few years ago while the MoD sat for 15 months on the case to sanction replacement batteries that were available in India. Nothing happened to the babus who can sit on files endlessly and starve the forces. Private firms must grease palms to move their cases.

Recall the series of orchestrated accidents in the Navy that caused a Naval Chief to resign. And, a Naval Chief was prematurely dismissed because he favoured joint submarine production with South Korea while the deep state wanted the HDW deal – you can guess why? So Vardhan is small fry for them.

Had Vardhan acquiesced and not bothered about patients dying at the Base Hospital, the Brown Saheb (and CDS?) may have ensured a SYSM award for him for exemplary services in a biological war. His sacking raises a terrible stink even though it is just another routine act for the administration and more like this might well follow.

Lt General P.C. Katoch is a veteran of the Indian Army. Views expressed are personal. 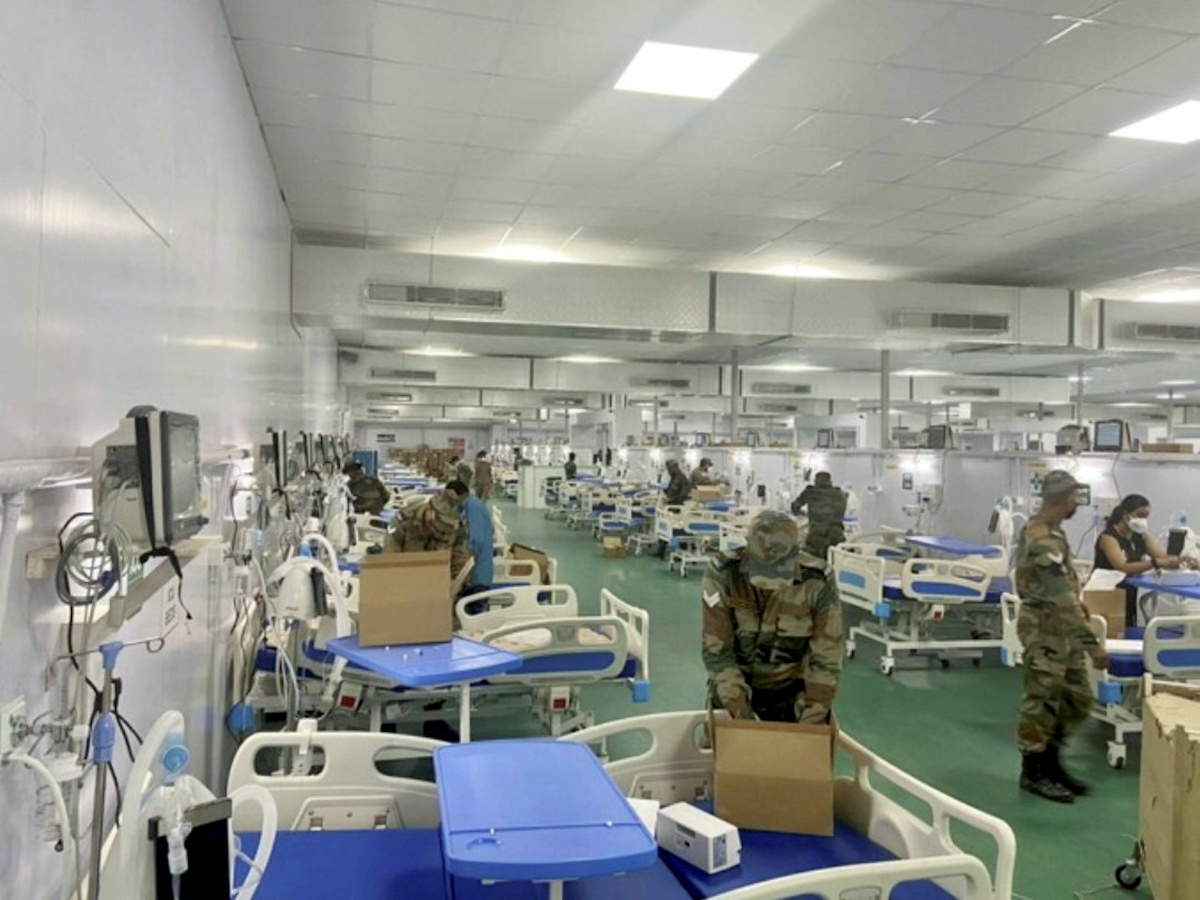