Farmers to Launch ‘Mission Uttar Pradesh’ Ahead of 2022 State Polls

The Samyukta Kisan Morcha (SKM) at its general body meeting held at the Singhu border on May 14, gave a call to observe May 26, 2021 as ‘Black Day’ all over the country. May 26 marks the completion of six months of the historic farmers’ struggle.

Lakhs of farmers, both men and women, have been constantly camping on the five borders around the national capital Delhi in cold, rain and heat, and have braved repression and defamation for six months.

May 26 also marks six months of the massive All India strike by the working class. In a great manifestation of worker-peasant unity, both these struggles by the classes that actually produce the wealth of our country, began together on November 26, 2020.

May 26 also marks the completion of seven years of the Modi-led regime, which without doubt is the most disastrous government in the history of independent India.

The SKM meeting was chaired by BKU leader Rakesh Tikait and was attended by all major SKM leaders.

It was decided that on May 26, black flags will be put up in lakhs of houses, shops, vehicles and tractors. Before 12 noon that day, effigies of Prime Minister Narendra Modi will be burnt in villages and bastis across the country, while strictly observing the Covid protocol.

The SKM has appealed to all trade unions, mass organizations of agricultural workers, women, youth, students, dalits, adivasis, organizations of traders and transporters and all other social organizations to join the action call on May 26, so as to turn it into a truly national protest.

The May 26 nationwide protest will be centered around two main issues.

The first is the sheer criminal culpability of the government in dealing with the Covid pandemic. Tens of thousands have died in the Covid second wave, thousands of them due to lack of oxygen, ventilators, medicines and hospital beds. Crematoriums and cemeteries have been overflowing. Thousands of bodies have been seen floating in the Ganga river.

The public health system has almost collapsed, especially in the rural areas. Private hospitals and black marketeers are literally fleecing patients. Instead of providing oxygen and medical facilities on a war footing, the central government is going ahead with its obscene Central Vista project.

No one knows what has happened to the opaque and unaccounted PM Cares private fund. The vaccine policy of this government is shamelessly anti-people and pro-corporate. Despite the statewide lockdowns and consequent massive job losses, free rations have been declared by the government for only two months and it has refused to give direct cash transfers to the needy.

All these issues, along with the Covid-related demands that have been pinpointed in the letter to the Prime Minister by 12 opposition parties will be highlighted in the May 26 protests.

The second is the Modi government’s attack on the working people and on the wealth of our country, in order to shamelessly pander to the domestic and foreign corporate lobby. Repeal of the three Farm Laws and the four Labour Codes, withdrawal of the Electricity Bill, central legislation to guarantee procurement at an MSP of C2 + 50 per cent, halt to the privatization drive to sell off the public sector and the country, opposition to the constantly cascading prices of diesel, petrol and gas, and also to the recent massive price hike in fertilizers, expansion and wage increase in MNREGA – these will be some of the main issues in the May 26 protests.

Another major decision taken by the SKM on May 14 was to begin its Mission Uttar Pradesh and Uttarakhand as soon as the current Covid wave subsides.

We have seen in this column earlier the SKM hailing the stinging defeat of the BJP in the state assembly elections in Kerala, Tamilnadu and West Bengal. The BJP was also trounced in the recent rural three tier panchayat elections in Uttar Pradesh, and the earlier municipal and corporation elections in Punjab.

State assembly elections in Punjab, Uttar Pradesh and Uttarakhand, along with some other smaller states, are due a few months away in February 2022. In Punjab, the united strength of the farmers’ movement for the last one year is so intense and widespread, that the BJP will be lucky if it can save its security deposits.

The SKM decided to launch a massive campaign in the other two states to throw the BJP out of power.

The BJP state governments in both these states have already become prime targets of the anger of the people due to their criminal mishandling of the Covid pandemic, including the insane holding of the Kumbh Mela at Haridwar. A blueprint for this mission will soon be prepared and subsequently implemented.

On Sunday, May 16, Haryana chief minister Manohar Lal Khattar went to Hisar to inaugurate a Covid centre. He had already earned the ire of the peasantry for his chronic anti-farmer actions, and also for his recent statements accusing the farmers at the Delhi borders of spreading Covid. Thousands of irate farmers from Haryana gathered and began peaceful demonstrations.

The police began a brutal lathi charge and burst tear gas shells. Hundreds of farmers, including women, were seriously injured. Over 100 farmers were arrested. All India Kisan Sabha leaders who were injured and arrested included Hisar district president Shamsher Nambardar, district secretary Satbir Dhayal, Sube Singh, Shradhanand Rajli and many others. The valiant farmers gheraoed the office of the IG Police, to condemn the repression and to demand the release of those arrested.

Among the state leaders who rushed to the spot and addressed the demonstrators were AIKS state president Phool Singh Sheokand, Bharatiya Kisan Union leader Gurnam Singh Charuni and others. Immediate road blockades were organized all over the state to denounce the police repression. Under all this pressure, all the arrested farmers were released the same evening.

This was certainly not the first farmers’ demonstration of its kind in Haryana. As part of the SKM’s social boycott of BJP and JJP leaders, there have been several such peaceful demonstrations that have disrupted the programmes of BJP chief minister Khattar, JJP deputy chief minister Chautala, and others at Karnal, Rohtak, Jind and many other centres.

Ashok Dhawale is president of the All India Kisan Sabha, and leader of the conglomerate Samyukta Kisan Morcha. 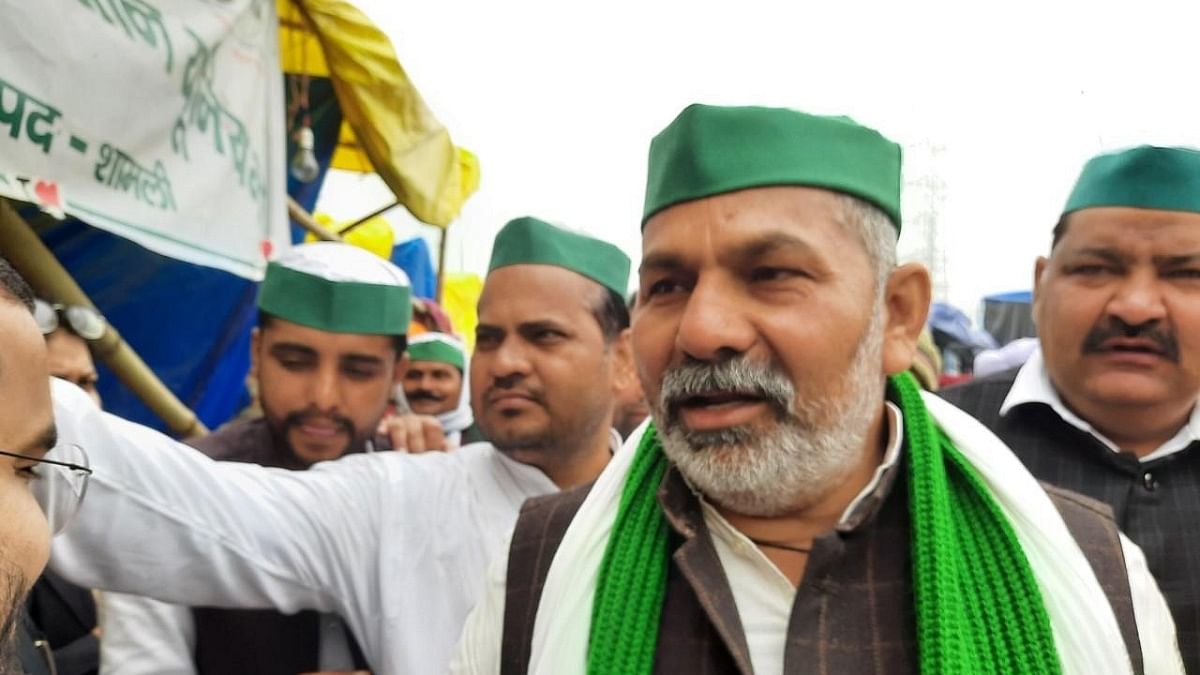