‘Outright Attack on the Land Rights of the People of Lakshadweep’

Removal of quarantine by Lt Gov brings Covid to the islands

The union territory of Lakshadweep is a group of islands which are home to around 65,000 people. These quiet, peace-loving people are being subjected to a ruthless regime which seeks to deprive them of their way of life, livelihoods, food and cultural rights.

The plague on the island did not come in the form of the Covid-19 virus first, but when a new administrator took charge in December 2020. Till then, all previous administrators had been IAS officers. For the first time, a politician from Gujarat was appointed. Praful Khoda Patel was an MLA in Gujarat previously who had also been a minister of state for home affairs in the Narendra Modi government in 2011.

Earlier, he had been the inaugural administrator of the merged union territory of Dadra and Nagar Haveli and Daman and Diu. Here he became controversial among other things for demolishing the dwellings of adivasis on the Daman seafront making them homeless and putting many in jail when they protested.

He is now foisting the Gujarat model on Lakshadweep – a mixture of Hindutva and neoliberalism. Bearing the brunt of this Hindutva experiment are the people of Lakshadweep who are 99 per cent Muslims.

Patel has launched an outright attack on the land rights of the people. The Draft Lakshadweep Development Authority Regulation would enable the removal or relocation of people from their property for town planning or other developmental activities. The draconian land policy mooted will enable any land to be taken over for developmental purposes which includes building, engineering, mining and quarrying. This would destroy the fragile eco-system of the islands. The administrator has shut down dairy farms and reportedly asked Amul to supply dairy products. Hundreds of temporary and contract workers have been terminated from different departments.

Worst of all is the attack on fisherfolk. A bulk of the people earn their livelihood through fishing. The administration has demolished temporary structures to house the nets and other equipment on the coast citing violation of the Coast Guard Act.

There is a calculated effort to attack the food habits of the people. Non-vegetarian items in the mid-day meals for school children and in government-run hostels have been stopped. Slaughter of cattle, transportation, selling and buying of beef is to be been made illegal. The sale of alcohol was prohibited given the religious and cultural sensibilities of the population; now permits for sale of liquor have been issued in four islands in the name of promoting tourism.

An attempt is being made to cut- off the traditional trade and economic ties with Kerala. Ships from the islands used to take cargo to Beypore port in Kozhikode district. Now orders has been issued to divert such transit cargo to the Mangalore port in Karnataka.

Lakshadweep was free of the Covid virus throughout the year 2020 because of strict quarantine measures for those going to the main land and for those arriving in the islands. For instance, anyone coming into the union territory had to be quarantined for fourteen days.

However, the new administrator lifted quarantine restrictions and only a negative RT-PCR report is required. The first case of Covid appeared in January and over 7,000 cases have been recorded so far, which amounts to over 10 per cent of the population.

The other similarity with the Gujarat model is the authoritarian suppression of dissent and the use of draconian laws for the purpose. The Control of Goonda Act proposes preventive detention upto an year to curb anti-socials. This in a place which has a very low crime rate. Already the protests against all the anti-people measures are leading to arrests and suppression of the media. Online portals have been shut down; even three school students were arrested recently for sending messages to the administrator.

Lakshadweep, which was a peaceful haven, has been turned into a cauldron of unrest due to the Hindutva experiment of the administrator, Patel who is answerable only to the home ministry under Amit Shah.

In a Muslim majority territory, Patel’s policies reveal shades of the Kashmir experience, but the real model being pursued is the Gujarat one – a developmental model destructive of the environment, the imposition of Hindutva values on a minority community, ruthless suppression of dissent and a callous disregard for human life during a pandemic.

The demand that Patel be withdrawn as administrator is gathering pace. The Modi government will have to heed this demand before he does irreversible damage to this beautiful and peaceful part of India. 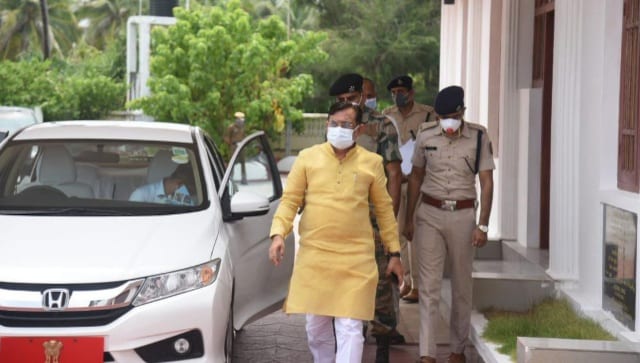 Lessons From the Commemoration Season