Initially I had thought that the Delhi police “visit” to the Twitter offices on May 24 may have accidentally created problems for the US visit (May 24-28) of our honourable External Affairs Minister (EAM) S. Jaishankar who was accused of being “discourteous” by the then Congressional Democrat leadership for an incident in December 2019.

Jaishankar had then cancelled his scheduled appointment on December 18 with the House Foreign Affairs Committee objecting to the presence of Indian American Congresswoman Pramila Jayapal (Democrat). The reason, as he explained to the Indian American press, was that Jayapal had introduced a Congressional Resolution urging India to lift all the restrictions in Jammu and Kashmir imposed after revoking Article 370.

Talking to the Indian reporters in Washington DC he said that "I have an interest in meeting people who are objective and open to discussion but not the people who already made up their mind.” The Washington Post reported that Jaishankar "abruptly cancelled a meeting with senior members of Congress this week after US lawmakers refused demands to exclude Jayapal from the meeting”.

In fact, there were indications that Jayapal had not yet formally introduced the Resolution till that date (called “mark Up”) but had only announced her intention to do so. On the contrary she was asked by the senior members in the Committee to wait till they met Jaishankar. After Jaishankar cancelled the meeting, she introduced it and also wrote an “Op-Ed” in Washington Post “India’s foreign minister refused to meet me”.

Perhaps this Resolution would not have been introduced calling into question our credentials on minority human rights had Jaishankar attended the meeting and convinced the Committee. Compared to this, would we in India have liked a visiting US Secretary of State deciding who all from Indian Parliamentary Committee should attend his or her meeting in our Parliament?

This incident caused needless embarrassment and criticism against India. Even Elizabeth Warren, a very sober and senior Democrat Senator and 2020 US Presidential Candidate was provoked to tweet this on 20 December: “Efforts to silence @Pramila Jayapal are deeply troubling. The US and India have an important partnership-but our partnership can only succeed if it is rooted in honest dialogue and shared respect for religious pluralism, democracy and human rights”.

The other factor for Jaishankar’s possible predicament during his 2021 visit was that his leader, in total violation of US Federal Election Campaign law, had acted as Donald Trump’s election campaigner for the 2020 US Presidential elections by holding “Howd’Mody” event in Houston (“Ab Ki Bar Trump Sarkar”) on September 19, 2019 and “Namaste Trump” rally in Motera, Gujarat on February 24,2020. At that time Trump had openly predicted that the Motera event would influence Indian American voters. This open campaigning was because of a wrong assessment in New Delhi that that Trump was sure to win.

Under the US law, foreign nationals are prohibited from contributing “anything of value” including donations and would be liable for the US Federal Election Commission enforcement action, criminal prosecution or both under 52 U.S.Code § 30121 and 11 CFR(Code of Federal Regulations) 110.

Contrary to our government’s assessment, Democrats won the Presidency and both Congressional chambers in the November 2020 elections. Thus, observers were cautious to see how US would react during our EAM’s first official “in person” visit to US after President Joe Biden had taken over from President Donald Trump in January this year.

Fortunately, neither the Biden administration nor the Congressional Democrat leadership reminded our EAM about these incidents. This was not because they were in agreement with the BJP government’s policies on media, free expression or minority rights.

It is not that these issues were not mentioned through other forums. “Hindutva” issue was mentioned during Jaishankar’s conversation on May 26 with former US national security adviser HR McMaster during the “Battleground” series of the Hoover Institution of Stanford University. Jaishankar, with a touch of aggression, claimed that Indians were “extremely confident about our democracy”. According to an Indian daily he “defended the government in the face of criticism in the West of its ‘Hindutva policies’, saying there is a difference between ‘concocted’ political imagery and the country’s actual governance record”. Did he mean strident US media reports about our Covid management?

One wonders whether our EAM knowingly or unknowingly spoke the script prescribed by Dattatreyea Hosbale a month ago to all RSS followers, social and religious institutions in India and abroad to be vigilant of the “conspiracy” to defame Modi Government?

On April 24, 2021 Dattatreyea Hosbale, RSS General Secretary appealed to the people to be cautious about conspiracies by “destructive and anti-Bharat” forces, claiming they can take advantage of the adverse circumstances posed by the second wave of Covid-19 to “create an atmosphere of negativity and mistrust”. He asked the organisation’s workers, social and religious institutions to come forward to resolve current challenges. On May 24,2021, the Delhi Police was ostensibly offering their “muscle” to the strong communication to Twitter on May 21 by the Ministry of Electronics and Information Technology (MeitY). This is unheard of in USA where the police are not involved in regulating “Free Expression”. MeitY had pulled up Twitter when it followed its universal practice and labelled BJP Spokesperson Sambit Patra and others as “Manipulated Media” when they had made certain allegations against the Congress Party based on suspicious documents.

Twitter had followed that practice even in respect of a video on Joe Biden “circulated by one of then-President Trump’s top aides”. However, MeitY asserted that the matter was already under police investigation and hence Twitter should drop the “Labelling”. This was refused by Twitter. The police “visit” in 3 cars happened after this.

On May 25 Wall Street Journal made the connection between freedom of expression and poor Covid-19 management: “Authorities’ latest move in confronting U.S. tech companies comes as government is under fire for its handling of the pandemic”. It alleged that the “police action comes as India has been taking steps to exert control over U.S. tech firms in the country”.

It was not only US media, which alleged that this was an undue police interference. A prominent Indian daily also called it “arbitrary censorship” and not legal in its editorial on May 25. It said that the IT Act empowered government only to regulate the content but not ordering the removal of a label. The editorial concluded: “the Government of India is willing to go to any lengths to empower BJP functionaries to tarnish political opponents and misinform the public”. 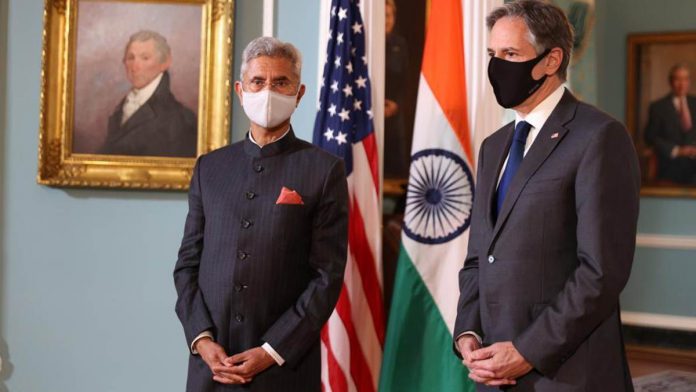